"Timbuktu" is a stirringly silent series of snapshots from when the eponymous Malian city was under jihadist occupation. Peaceful yet powerful, it is a powerful piece from a part of the world that doesn't often appear on film. 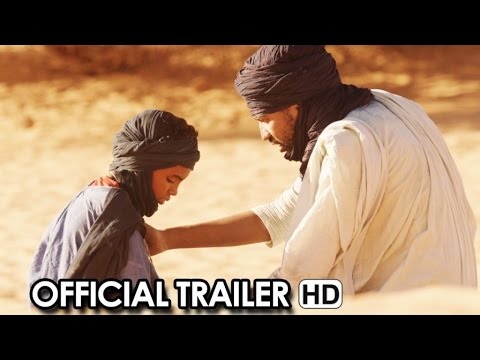 In 2012, jihadist militants swept through northern Mali. Exploiting political turmoil in the country and co-opting the cause of Tuareg rebels, they took over major population centers and established sharia law. One city the militants occupied was Timbuktu, famous not only for its exotic name, but also as a center of Islamic learning and culture in North Africa. Before a French military intervention drove them out, the jihadist terrorized the city’s residents with public executions and draconian bans (on football, smoking, music, etc.) — not unlike Afghanistan’s former Taliban regime and the Islamic State today.

This is the context of Mauritanian director Abderrahmane Sissako’s 2014 film Timbuktu. Nominated for 2014’s Best Foreign Language Film Oscar, the movie offers a moving portrait of life under jihadist occupation in its namesake city. Its main narrative centers around a cattle herder named Kidane, who enjoys an idyllic existence in the dunes outside Timbuktu with his wife and young daughter. That blissful life quickly but quietly fades away when Kidane has a dispute with a neighboring fisherman, bringing him and his family to the jihadist authorities’ attention.

While Kidane’s story forms its core, Timbuktu is more a collection of vignettes than a singular, character-driven endeavor. Though we could consider Kidane the main character, we actually neither learn that much about him nor see him develop too much. Instead, his narrative is just a recurring stop on a tour that ambles through a panoply of other individuals and incidents around Timbuktu. One moment we see a young jihadist teaching his elder how to drive stick-shift. In another, adulterers are being stoned to death. This is no David and Goliath story; it’s more like an uncanny, sharia-fied “Humans of New York”.

This approach makes Timbuktu a very unique film. While most movies that touch on terrorism or military occupations are gritty, struggle-filled affairs, Timbuktu remains remarkably placid across all dimensions (reminiscent of Palestine’s Paradise Now). In most shots the camera moves languidly across peaceful dunes or sand-bleached streets, illuminated by a bright desert sun high in the clear blue sky. Virtually all music in the film is diegetic; there is no brooding soundtrack in the background to get our blood rushing. What results is a zen-like silence.

All that visual and auditory quietude is a foundation for the movie’s heroes: Timbuktu’s regular citizens. If anyone’s achieved nirvana, it’s them. Each vignette is a powerful portrait of stoic resilience — from youth playing a ball-less football game (in defiance of the jihadists’ ban on football) to a woman singing as she’s whipped in public (in defiance of the jihadists’ ban on music). While the jihadists may have conquered the land and courts, they haven’t been able to invade the peoples’ minds. If the residents of Timbuktu have found inner peace, then the jihadists have found the opposite. Fraught with hypocrisy and turmoil, they’re men who smoke despite banning cigarettes, former rappers who must renounce music, “liberators” who can only access the “liberated” through translators.

Every element of Timbuktu — cinematography, music, character construction, dialog — conspires in conjunction to render the jihadists’ victory hollow. The movie portrays everyone as human, and that is a beautiful double-edged sword. When the citizens of Timbuktu are “human”, it is a triumph over the dehumanization of conquest. When the jihadists are human, they are brought back down to Earth.