This prescient show depicts Norway under Russian control; its second season is now on Netflix. 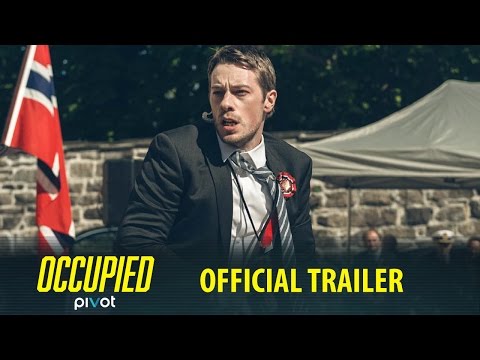 Imagine a near future in which America has withdrawn from NATO, the EU is a spineless mess, and Russia calls the shots across Europe. Welcome to the world of Occupied (Okkupert)— a prescient Norwegian political thriller whose second season just hit Netflix. If you think “Russian interference in Western democracy” only means fake news and Facebook ads, wait until you see what Occupied has to offer.

The show kicks off when Norway elects Jesper Berg, its first Green Party Prime Minister. When Berg halts fossil fuel production to combat climate change, an energy-starved European Union asks Russia to coerce Norway back into line. Russia kidnaps Berg and forces him to agree to a “soft” occupation. Norway’s government remains, but merely as a puppet whilst Russian workers and troops “temporarily” take over the country’s energy production.

Season two starts with Berg exiled in Stockholm. Spurned by an isolationist US and unhelpful EU, he attempts to organize resistance against the Russian occupation. At the same time, his former adviser Anita Rygh has become Norway’s new “official” Prime Minister. Now on opposing sides, the two begin a new fight for Norway’s sovereignty and soul.

Mirror of a Trumpian Future

Occupied‘s first season came out in October 2015. Back then, the prospect of a NATO without America or a EU without Britain was part of public discourse, but certainly didn’t feel real. “Russian interference” was something that happened in faraway places like Ukraine, not in the backyards of Western democracies.

Today, we live in a different world. In part due to Russian meddling, Brexit and “America First” are now realities. While the US hasn’t withdrawn from NATO yet, the universe of Occupied is starting to seem a little less fictional.

Indeed, the show depicts a worst-case scenario that many advocates of trans-Atlantic and European integration fear from Donald Trump’s isolationist rhetoric. When Prime Minister Berg seeks refuge at the American Embassy in season one, the US ambassador literally poisons Berg in order to kick him out. Here’s an America that’s not only isolationist, but also actively seeking to rid itself of a European “burden.” Several years ago, this might’ve seemed preposterous. Now, with the Trump Administration threatening tariffs on the EU, it’s slightly less so.

Occupied also illustrates what Russia aims to achieve through its meddling with Western democracy. In the show, Russia can easily invade Norway because the US and EU are too impotent to do anything about it. Without these strong counterweights to its influence, Russia has free reign to transplant techniques it previously could only deploy in places like Ukraine and Chechnya into a Western context. Want to see journalists assassinated, soldiers kidnapped, and false flag attacks happen in a Western liberal democracy? Occupied will give you a taste.

Of course, when Russia’s already poisoning former spies in sleepy British towns, maybe reality is catching up. Welcome to the next step of “Russian interference”, after “buy Facebook ads.”

By the way: Occupied isn’t some dry catalog of foreign policy deliberations. It’s a thriller, after all, one that keeps your attention “occupied” with moments full of tension and action. Many of the show’s thrills come from its nuanced depiction of Norway’s resistance to Russian occupation—or lack thereof.

When an invading power co-opts democratic institutions instead of wiping them out, resistance becomes much harder. In Occupied, certain parts of Norway’s government and security forces choose to fight the Russians, while others try to reason with them. It’s difficult to simply paint the former as “patriots” and the latter as “collaborators”—we observe resistance fighters bombing civilians whilst purportedly “puppet” officials stand up for Norway’s sovereignty. Even protagonist Jesper Berg vacillates between these different positions for a good part of the series. When the Russians hide beneath a veneer of democracy, the Norwegians in Occupied start turning against each other instead.

Sound familiar? It’s like Occupied predicted the social divisions that Trump’s election and Brexit exposed. Granted, Occupied doesn’t tackle “fake news” as directly as I’d like, but that’s probably because both its seasons were written before the full extent of Russia’s real-life election meddling became clear. Nevertheless, the show still contains a chilling subtext: “if you let things get worse, this is how it might look like.”

How then, can we strengthen Western democracy against authoritarian interference? Unfortunately, Occupied offers no easy answers. What it does offer is a compelling exploration of just how far that interference could go, beyond mere election meddling. In the vein of 1984, it’s a work that frightens audiences into ensuring that its world stays in the realm of fiction.

When Occupied first came out, Russia’s ambassador to Norway bashed the show, arguing that “in the worst traditions of the Cold War, [it] decided to scare Norwegian viewers with a nonexistent threat from the east.”

Whether that quote holds true today, I’ll leave for you to decide.

Occupied is currently available for US subscribers to stream on Netflix. The show’s original Norwegian name is “Okkupert” and it is also available to stream for Norwegians on the website of its original broadcaster, TV2.