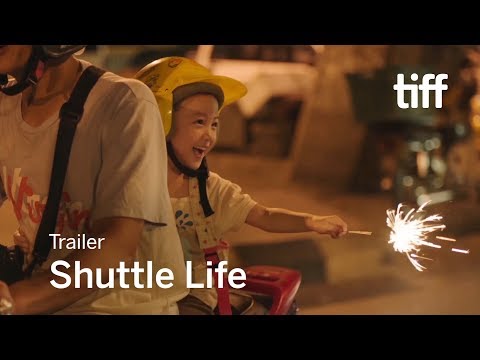 Think poverty exists only in rural regions? Think again. As rapid globalization and urbanization grip societies around the world, we tend to overlook the plight of the urban poor.

Malaysia has a 71% urbanization rate—but that doesn’t mean everyone lives amongst modern comforts. As living costs continue to rise, income levels remain low (average RM1,200/USD293 to RM1,500/USD366 monthly) or stagnant. As a result, many Malaysians are barely able to make ends meet on the periphery of city life.

Urban poverty rates in Malaysia have trended downwards in recent decades, from 7.1% in 1989 to 1.0% in 2012. However, despite the seemingly insignificant figure, the widening relative gap between rich and poor reveals that those who still remain in poverty live even further on society’s fringes. The expanding rural-urban gap is attributed to accelerated urbanization and globalization, rendering at-risk groups with lesser social capital vulnerable to being left behind by continued socio-economic progress.

Shuttle Life won the 2014 Taipei Golden Horse Film Project Promotion’s (FPP) Grand Prize, a grant to support projects in the pre-production stage. Prior to Shuttle Life, director Tan polished his filmmaking acumen through short films that navigated the idiosyncrasies and transience of human relationships. These shorts include 32°C Fall in Love (2013) – which won the top prize at the BMW Shorties short film competition—and Hello, Goodbye (2014). Judging from his past work, Shuttle Life could be considered Tan’s breakthrough project, shifting his focus from heartwarming vignettes of love and life to a sobering examination of contemporary social inequalities.

The film focuses on the trials and tribulations of Qiang (Jack Tan), a conflicted youth who works in a motorcycle repair shop while trading stolen vehicle spare parts for extra income. Qiang is constantly exasperated by his mentally unstable mother (Sylvia Chang), but life seems bearable until his younger sister, Hui Shan (Angel Chan), dies in a hit-and-run accident on their way home from her birthday celebration. Owing to Hui Shan’s lack of a birth certificate, the hospital adamantly refuses to release her body to Qiang. After failing to locate a legitimate copy of Hui Shan’s birth certificate from his unreliable mother, Qiang takes matters into his own hands—he attempts to produce a fake birth certificate for his sister.

Tan situates his maligned characters in the suburbs of Pudu, Kuala Lumpur—a historic township in the midst of urban development. Qiang, Hui Shan, and their mother reside in the area’s low-cost flats subsidised by the Ministry of Urban Wellbeing, Housing, and Local Government’s Citizen Housing Programme (Program Perumahan Rakyat, or PPR).

53.8% of Malaysia’s PPR estates are in Kuala Lumpur. The PPR block that Qiang’s family inhabits experiences numerous social issues. It is not only prone to water supply disruption, but also lacks access to quality healthcare. In Shuttle Life, we see how Qiang struggles with his mother’s psychological disorder, which is compounded by the inefficiency of government hospitals in dispensing medication for his mother’s condition.

By highlighting Qiang’s struggles, Shuttle Life offers a subtle critique of the PPR’s inadequacies. Urban poverty remains a concern in developing cities like Kuala Lumpur, yet mitigating it takes more than the mere provision of welfare – it involves tackling a convoluted web of educational, socio-economic, and employment issues.

As seen in the film, inadequate living standards especially affect children. When access to basic necessities, healthcare, education, and employment opportunities are limited, those living below the poverty line fall further through the cracks in a bleak cycle of malnutrition, low literacy levels, and generational poverty.

However, just overhauling public housing might not be enough, as the systemic obstacles Qiang has to overcome show. Amidst an extended metaphor of a city-wide water supply cut, Qiang faces a series of adversities in securing the return of Hui Shan’s body. In the absence of parental support, Qiang loses the opportunity to further his education, and must rely on unstable employment for a living.

The authorities’ apparent refusal to sympathize with Qiang’s predicament, and their stoic, bureaucratic attitudes, leave him with no other choice but to resort to counterfeit means. A social worker visits the inhabitants of Qiang’s PPR flat regularly, yet she fails to deliver any legitimate, sustainable improvements to their welfare. She even leverages her connections to a politician and convinces Qiang to air his grievances to him—a well-intentioned but condescending suggestion. Upon arriving at the politician’s house party, Qiang discovers the water supply left freely running, in ironic contrast to the PPR residents’ water shortage woes.

Despite Qiang’s persistent display of pragmatism in dealing with his struggles, his desolation compels him to resort to petty crime and confrontations with government authorities. Qiang’s moral compass is questionable, yet his dilemmas also reveal the flaws of Malaysia’s social systems.

Implemented in the 1970s, the New Economic Policy (NEP) aimed to achieve national unity, stimulate socio-economic progress, and eradicate poverty through affirmative action and socio-economic restructuring. However, in the following decades, the Malaysian public has criticized certain parts of the NEP for failing to promote holistic socio-economic equity. Notably, its discriminatory policies have created an uneven playing field in entrepreneurship and education for Malaysia’s minority communities. The NEP has conceivably failed certain pockets of society like Qiang’s neighborhood, leaving them to fend for themselves without a comprehensive social safety net in place.

Teeming with an atmosphere of powerlessness and resistance, Shuttle Life is a profound insight into how Malaysia’s urban poor struggle amidst rapid urban development. Prolonged, simmering discontent among Malaysians catalysed the unprecedented defeat of the long-ruling Barisan Nasional (BN) coalition in the recent elections; the loss of several rural constituencies long perceived as BN strongholds added insult to injury.

On the surface, Shuttle Life is a poignant tale of family love and loss. But if we delve deeper, it imparts traces of latent grassroots grievances and tensions that have heralded a significant transition in Malaysia’s political climate. Nevertheless, true improvements to the welfare of Malaysia’s urban poor remain to be seen.

Choo Suet Fun is a content writer with a keen interest in film, literature, and languages. Undertaking a minor in Film Studies at university cultivated in her an enduring curiosity towards Asian cinema, and she now spends her free time writing and thinking about film and culture. Her favorite films include In the Mood for Love, Memories of Matsuko, and Ilo Ilo.