Review: “Miss Sherlock” is a Fresh Take on Sherlock and Watson 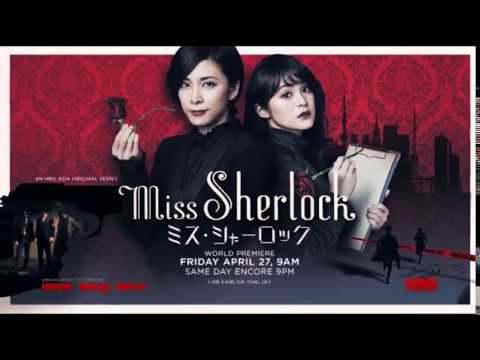 Sherlock Holmes is no stranger to the big screen, but HBO Asia brought Sherlock to Japan in a big way. Miss Sherlock is HBO Asia’s inventive interpretation of Sir Arthur Conan Doyle’s famous detective. This new take on Sherlock is HBO’s first original series in Japan, representing a seminal step for HBO in Asia.

Taking place in modern Tokyo, the show follows “Sherlock” or Sara Shelly Futaba (Yuko Takeuchi), a private consultant for the Tokyo police, and her unlikely sidekick Wato “Watson” Tachibana (Shihori Kanjiya), a surgeon who recently came back from Syria on a doctors’ volunteer mission. For fans of BBC’s Sherlock, the formula is very much the same with Sherlock and Wato running around solving mysteries with Sherlock’s “high function sociopathic tendencies”, photographic memory, and insane attention to detail. Japanese fans will also notice similarities to Masaharu Fukuyama’s Galileo, which follows the same genius and police combo as Miss Sherlock.

What’s perhaps the most striking feature about this show, separating it from previous interpretations, is the fact that both Sherlock and Watson are portrayed as females. Never have I seen a rendition of the franchise with female leads, so it’s great to see a different take on the classic±especially in a Japanese context.

You don’t often see exclusively female leads in Japanese dramas; Japan often ranks among the lowest in the world with regards to gender inequality. A recent event reflecting this reality is Tokyo Medical University’s artificial suppression of female applicant scores. A possible explanation of this kind of gender inequality is the fact that Japan does tend to have more strongly enforced gender roles, and that is reflected in the TMU scandal; allegedly the rationale for suppressing female scores was that the TMU administration believed women will quit their careers after having children, thus leading to a shortage of doctors. The expectations that Japanese society currently places on women have practical ramifications for female participation in the workforce—Japan has a long way to go.

However, in recent years Shinzo Abe himself has made clear his desire to increase female participation in the workforce to reinvigorate the Japanese economy. Miss Sherlock perhaps reflects an optimistic view of female participation, with the lead characters being a full-time detective and a doctor.

Miss Sherlock also impresses its audience with its high production values. The costume design, especially gory details of the costumes in episode one, give the show an impression of quality and substance. The show’s cinematography is excellent – diverse camera angles and wonderful lighting give it a dark, moody vibe. While Japanese dramas usually suffer from what “lazy” camera angles with the camera sitting in one corner of the room and not moving about, that is very much not the case in this show. I wouldn’t say it’s anywhere near the level of grandeur and quality as other HBO shows like WestWorld and Game of Thrones, but it’s certainly among the best compared to local competition.

Where the show does fall flat, however, is the acting. While it was great to see a fresh take on a British classic, Takeuchi’s interpretation of Sherlock feels one-dimensional—coming off as merely rude and arrogant without any of the charm or darkness we’ve come to associate with the character. We lose much of the nuances in emotional weight and turmoil hidden beneath the surface, that for example, made Benedict Cumberbatch’s Sherlock so great. Perhaps it’s simply a question of talent, I’d imagine there are few actors in the world, let alone Japan, that can hold a candle to Cumberbatch.

Kanjiya’s take on Watson is a lot better better than Takeuchi’s interpretation of Sherlock. She does a great job of playing the voice of reason, and her performance is more nuanced than Takeuchi’s. I was also hoping for some greater chemistry between Wato and Sherlock and, while the writing is solid, the acting doesn’t effectively translate the chemistry on-screen.

With all that being said, Miss Sherlock represents a solid first step forward for HBO’s franchise in Japan. While the acting leaves something to be desired, the show’s solid writing, cinematography and production values make for an entertaining and enjoyable watch that will satisfy fans of the franchise, both old and new.