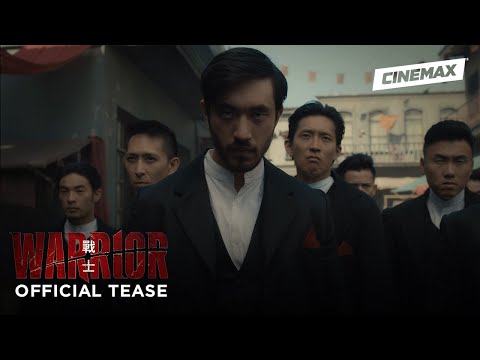 In the late 19th century, San Francisco’s Chinatown was host to a number of violent criminal organizations called tongs, who operated protection rackets and illegal enterprises ranging from brothels to drug dens. These tongs got into bloody fights over issues ranging from losing face in public to failing to pay for prostitutes working for another tong — or for murdering another tong‘s members.

Warrior — based on a story written by the legendary Bruce Lee — dramatizes these tongs through the life of Ah Sahm (Andrew Koji), a fictional martial arts prodigy who serves as a foot soldier for Chinatown’s most powerful tong. The series is expected to be available on CINEMAX starting April 5th.

Warrior portrays a Chinese-American experience that differs from that which many contemporary immigrants experience. Instead of white-collar professionals, Chinese-Americans of the late 19th century were poorly-paid laborers who worked everywhere from gold mines to laundromats — Chinese immigrants even helped build the Transcontinental Railroad.

However, Chinese-Americans were soon turned into scapegoats as the US economy slowed during the Panic of 1873; white American labor unions bemoaned that Chinese immigrants were taking jobs away from “regular Americans” — a message that is eerily reminiscent of modern arguments levied against Mexican immigrants.

Some Asian-Americans have commented that Warrior might paint a stereotypical picture of Chinese-Americans based in martial arts and underworld organizations — however, judging by the trailer, the series seems like it will be a true representation of the lives of many Chinese immigrants of the era.

Warrior will be available on CINEMAX starting April 5th.

The Bruce Lee Statue That Sought to Unify a Divided City

The Bruce Lee Statue That Sought to Unify a Divided City