Review: “The Climbers” Is a Birthday Present for the People’s Republic of China’s 70th Birthday

Based on real-world Chinese ascents of Everest in the 1960s and 70s, "The Climbers" does little more than elevate Wu Jing's "action man" credentials and promote patriotism ahead of China's National Day celebrations.

Mt. Everest is the highest mountain in the world, and the crowning achievement for many mountaineers (as well as a source of pride for their home countries). In the 1960s, the nascent People’s Republic of China was keen to show its credentials on the world stage by becoming the third country to reach Everest’s summit, after the UK (in 1953) and Switzerland (in 1956). The Climbers is set in the aftermath of this achievement, when the international community challenged its legitimacy due to a lack of photographic evidence.

The PRC Aspires for New Heights

Wu Jing stars as Fang Wuzhou, originally a member of a 1960 Everest expedition, who is now tasked with leading a second expedition in 1975 to prove to the world that China indeed summited Everest.

The majority of The Climbers focuses on the training and actual climb up Everest. Unfortunately, beyond some physical challenges, we don’t see many opportunities for our main characters to develop. We are introduced to most of the characters at the beginning of the film, and their personalities remain fairly flat throughout the course of the film.

The lack of character development manifests itself not only for individual characters, but also through relationships between characters. Li Guoliang and a local Tibetan girl start a relationship, while Fang Wuzhou has a budding love with Xu Ying⁠—however, The Climbers explores neither relationship in much depth. Beyond superficial romantic movements, The Climbers relegates our main characters’ love interests to supporting roles.

The only character that gets any major development is Wu Jing’s Fang Wuzhou⁠—it seems like China is bent on making Wu Jing into China’s “action man” much like the Western world’s Dwayne “The Rock” Johnson.

Fang Wuzhou takes the lead throughout the film as both the actual and spiritual leader of the Chinese mountaineering team—he makes all the dangerous decisions, and shows off his action skills throughout the film by grabbing ladders and sliding down slopes. Every other character is really a supporting character compared to Fang Wuzhou.

The Climbers does highlight Mt. Everest in all its glory. The mountain’s avalanches and crevasses add to the drama, and audiences will stay on edge with the dangers of summiting the world’s highest peak. The shots of the world’s highest mountain range are breathtaking as well, especially given that the remote location and expensive logistics mean Mt. Everest is rarely featured in movies. In that sense, The Climbers is similar to the 2015 American film Everest, which critics pointed out that the main star of the movie was actually the eponymous mountain rather than any character in particular.

A 70th Birthday Present for the PRC?

However, the real star of The Climbers is neither Mt. Everest nor Wu Jing—it’s the People’s Republic of China. Strategically timed to release around the National Day celebrations, the idea of defying foreign powers who refuse to recognize China’s physical and metaphorical ascent is an apt 70th birthday present for an ascendant China. None of the characters are truly motivated by any personal objectives (unlike those in Everest); instead, they only seek to participate in the mountaineering team to bring honor and glory to China. This patriotic theme helped The Climbers onto Chinese state media outlet Xinhua’s list of movies to watch ahead of the national birthday.

Unfortunately, as we’ve seen with some other Chinese patriotic films, excessive patriotism does not a good movie make. The Climbers had the potential to be a gripping drama-thriller and project China’s soft power while doing so, but instead the overt focus on fighting for national pride makes the film a flop. At the end of the day, The Climbers falls short on plot and character; Wu Jing certainly injects a sense of action into the film, but even China’s favorite action hero can’t save this movie. 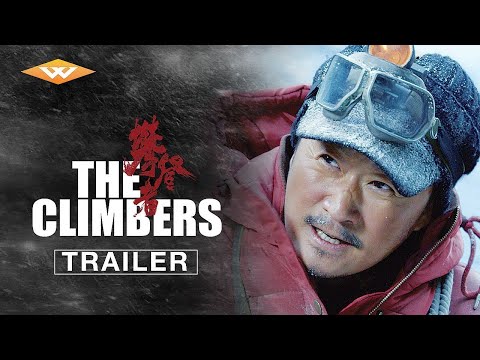