Screening at CAAMFest 2021, "Taipei Suicide Story" is a beautiful and meditative short film that never strays into melodrama.

“Taipei Suicide Story,” directed by KEFF, is a beautifully understated short film. In this respect, the film is highly atmospheric without being effusive or overdone in the slightest.

The film takes place during one night at a “suicide hotel.” The hotel is one in which guests spend one night; either they decide to kill themselves at the end of that night, or they decide to give life another chance.

Zhi-hao, the film’s protagonist, is the desk clerk at the hotel. At the start, he is already long used to the cleaners bringing out the dead bodies of hotel guests every morning and watching them clean the rooms, and this has long since become part of his daily routine.

However, a chance meeting with a female guest shakes Zhi-hao from this routine.. After finding that she has stayed at the hotel for the past week, initially, his reaction is that of annoyance, as guests only ever stay for one night and it is unheard of for a guest to stay for an entire week.

According to the woman, while she planned to kill herself after her first night, she found herself unable to afterward, feeling not alone for the first time in her life in a place where so many others had taken their lives because of a similar sense of despair. Though warned to keep his distance by co-workers, who have seen similar incidents in which workers at the hotel become too close to guests that later kills themselves, Zhi-hao expectedly finds himself bonding with the woman over the course of a night there.

Particular achievements of the film include its depiction of Taipei. The hotel seen in “Taipei Suicide Story” resembles the sort of budget hotels seen all around Taiwan. These are often stayed in by business travelers or used as love hotels by couples. The other shooting locations seen in the film are also humdrum, such as the streets outside the hotel, or a 7/11.

Other contemporary depictions of Taipei in film have leaned into heavy colors, neon lights, and montage, through a visual vocabulary arguably borrowed from Wong Kar-wai’s depiction of Hong Kong. Alternatively, one sees attempts to revive the aesthetic of the Taiwanese New Wave. But “Taipei Suicide Story” manages to depict a naturalistic Taipei of muted and shaded greys, out of the insides of drab hotel rooms and stairwells and from long silence–one which is true to life and highly recognizable.

It is never really explained why the woman wants to kill herself, nor is it particularly clear what it is she has in common with Zhi-hao. Director KEFF’s storytelling is subdued–again, it would be very easy to lean into a highly exaggerated mise-en-scene or even elements of surrealism. Stories of chance meetings in hotels, bars, or nightclubs often go this route.

But, without employing heavy drama, KEFF seems to suggest that the two protagonists have something in common because of their sense of alienation from contemporary society and indifference to fate. Even if Zhi-hao is relatively more optimistic and his stronger sense of ego shields him from wanting to take his own life, as suggested in the film, it may be that workers in the hotel ultimately share something in common with the guests in their hotels, and they could easily become guests at the hotel themselves. Those that stay at the hotel may be looking for a sense of company in their pursuit of death, while those that work at the hotel may be searching for traces of themselves, or of people they lost in the guests that stay there.

More broadly, the film seems to gesture toward the broader sense of indifference toward everyday life and death present in society writ large. This sentiment is what pervades the film; form reflects content, then, in that the film does not rely on any particularly strong climax to resolve its story. In this sense, “Taipei Suicide Story” is a gem of a short film, highly worth watching. 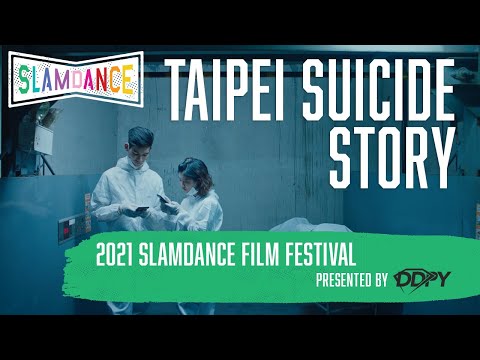 Taipei Suicide Story is screening at CAAMFest 2021, which has a hybrid online-offline format. Learn more at CAAMFest’s website.