Three guys, three girls, and a massive, well appointed apartment in the heart of Tokyo? Netflix does reality TV for Japan.. and it's not what you think. 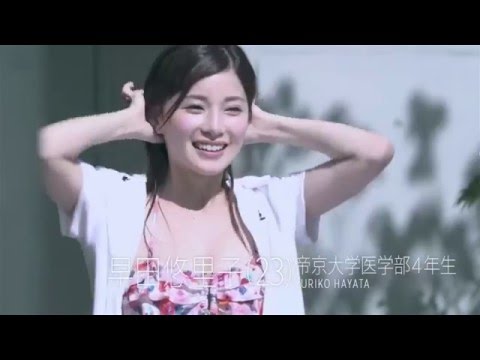 When a friend first recommended Terrace House to me, I was frankly skeptical. After seeing a number of Japanese serial dramas myself, I was well aware of their melodramatic tendencies, unrealistic characters, and generally poor production quality. Yet, Terrace House is neither a solely Japanese production nor is it a serial drama. It’s a Japanese-language reality TV show reboot produced with the financial might of Netflix in partnership with Japan’s Fuji TV.

I know what you’re thinking. “Reality TV?” Give me a break. The prospect of watching the show ignited in me fears of seeing a Japanese version of Snookie from Jersey Shore cat-fighting and screaming — therefore ruining my carefully constructed ideal of the subtle and elegant nature of Japanese culture.

However, I was pleasantly surprised. Terrace House does well to keep the show realistic, to the extent it can. I’ll tell you, Terrace House is Japan’s understated, elegant, dreamy response to the guido and guidette nature of Jersey Shore. There’s a Zen restraint to it all. An honesty that I appreciate –  while drama is the heart of the show, it never feels dramatic.

The concept is simple. Three guys and three girls living together in a huge Tokyo apartment. The characters are all selected randomly by Fuji TV and Netflix, and nobody knows each other prior to the show.

We have a college baseball player, an award winning barista, a salon hair stylist, a model, a professional tap dancer, and a medical student. You get to see different values, dreams, and personalities all colliding naturally — and it’s so much fun. It’s clear Fuji and Netflix went to great lengths to find a diverse and interesting cast to play in their house. Nobody wants a house full of salarymen and office ladies.

Watching them interact through the social conventions of a highly structured culture is educational and fascinating as a foreigner. You’d be hard pressed to find a better example of natural Japanese conversation than Terrace House. Fuji and Netflix emphasize the fact that the show is without script, and given the absence of dramatic monologues or extravagant acts of righteousness so common in Japanese movies and dramas, I believe it. It really just feels like a bunch of young adults trying to live with each other.

And thankfully, we’re blessed with pool parties, group dinners, fancy dates, day trips, and amusement parks — it’s wonderfully filmed with a soft haze of an almost ethereal quality. Everyone has a chance to fall in love, and it’s almost encouraged. While Netflix nor Fuji have explicitly stated it, a key goal of the show is romance. But hey, romance and dreams sell — and if they’re funny, gripping, and awkwardly endearing, then I’ll happily pay.

Terrace House (Japanese: テラスハウス) is currently available on Netflix in the United States with English subtitles. It is also available in most other Netflix markets including Japan, Taiwan, Canada, and the UK.