"Soul Mate" is Chinese movie about female friendship with coming-of-age and tragi-romance characteristics.

When I first saw the marketing materials for Soul Mate, I thought that it was going to be China’s first-ever lesbian tragi-romance movie. Some of the film’s posters depict its two female leads unclothed together in a tub… what other conclusion where viewers supposed to draw from that?

Alas, this is China, which probably isn’t going to have a mass-market lesbian film anytime soon for various socio-political reasons I won’t get into. While Soul Mate has some sapphic undertones, it’s ultimately a movie about female friendship, albeit one that draws heavily from the coming-of-age and tragi-romance traditions.

While the English title of Soul Mate carries romantic connotations, its Chinese one does not. Directly translated, it’s “Qiyue and Ansheng”. Lin Qiyue (Ma Sichun) and Li Ansheng (Zhou Dongyu, of My Old Classmate) are the film’s two leads. They’ve been best friends since age thirteen. Qiyue is bookish and traditional, getting into a good high school and aiming for a stable future. Ansheng, on the other hand, is a free spirit. she eschews academics and goes to vocational school; soon, she falls in with a rock band and begins bartending at their shows. Despite their differences, the two are as close as can be. They snuggle together in bed, they chase each others’ shadows, and they resolve to be friends forever. Then, a handsome boy named Su Jiaming comes in and screws everything up.

OK, not exactly, but kind of.

In high school, Qiyue falls for Jiaming, who becomes a complicating factor in her friendship with Ansheng. While this is the perfect setup for a regular love triangle, Soul Mates takes a slightly different tact. Some chemistry definitely develops between Ansheng and Jiaming when she third-wheels on Jiaming and Qiyue’s dates but, in this movie, friendship comes first. Jiaming’s friendship causes enough tension to make things interesting, but doesn’t result in either fawning or catfights.

With this setup, the movie traces the next decade of Qiyue and Ansheng’s lives as the two take different routes after high school, physically separated but forever bound and occasionally brought together by this curious thing called friendship.

While we follow Qiyue and Ansheng’s coming-of-age chronologically, this occurs within a framing narrative set in the present-day, where their lives are chapters within a book, apparently by Qiyue, that Ansheng reads on her laptop. As far as Asian coming-of-age rom ances go, this is standard fare. After all, Soul Mate and other Asian blockbusters like My Sassy Girl or You Are the Apple of My Eye are based on popular online forum stories or novels.

Furthermore, Soul Mate uses this narrative structure to blend fact with fantasy to devastating effect. Much like My Old Classmate, Soul Mate strings you along until… boom… a reality bomb explodes! And another! And another! Life’s not all butterflies and rainbows, boys and girls. Sometimes, especially in the world of Chinese tragi-romance (or in this case, tragi-friendship), there’ll be pesticide and pollution.

What’s most intriguing about Soul Mates is how, despite deploying all these techniques normally reserved for boy-girl lovefests, it tells a female-centric story. Here, the ladies are front and center; pretty boy Su Jiaming has limited agency. This contrasts with female friendships depicted in other Chinese films like the popular Tiny Times series, whose characters are material girls striving for male attention. In Soul Mate, independence prevails. For instance, after one particularly tragic male-precipitated moment, Qiyue’s mother tells her “no matter what route a girl chooses, she can be happy; I hope my daughter can be exceptional.”

But Soul Mate isn’t all uplifting empowerment — let’s not forget that it draws from the tragi-romance tradition. The movie presents the stark realities and sacrifices that Qiyue and Ansheng’s friendship must undergo, sparing not a single ounce of misery in the process. Tragedy gives the film strength. It reminds us that nothing gold can stay, that even what you fight tooth and nail for may slip away.

In many ways, Soul Mate reminds me of the American film Lost in Translation. Both movies depict individuals connected in something too emotionally intimate to accurately call friendship, but never physically consummated to the point of a “romance”. So maybe there is meaning in Soul Mate‘s English title then, for no one said soulmates have to be lovers. 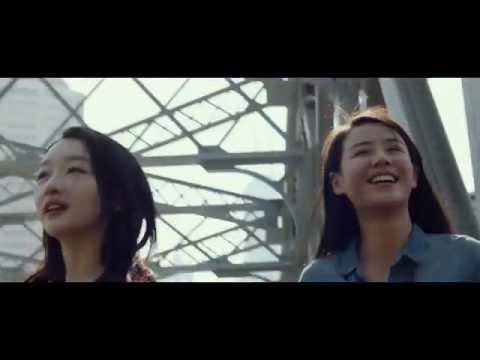