Three Taiwanese films will be screened at the 67th Berlin International Film Festival (the Berlinale) in February 2017. 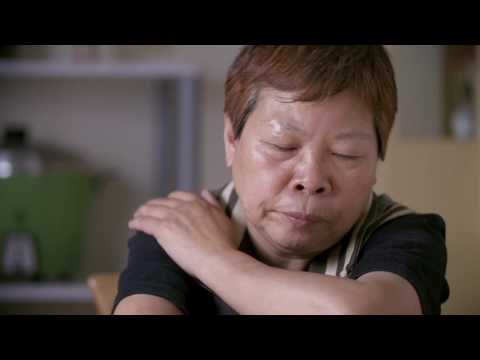 Three Taiwanese films will be screened at the 67th Berlin International Film Festival (the Berlinale) which opens on Feb. 9.

Taiwanese director Huang Hui-chen (黃惠偵)’s documentary Small Talk (日常對話) has been selected to screen in the Panorama section and will also compete in the 31st Teddy Award, an official award of the Berlinale for films with LGBT topics. The documentary is Huang’s attempt to understand her gay mother through discussing issues such as trust and abuse, and won the 2016 Golden Horse Award for Best Documentary.

Internationally acclaimed director Hou Hsiao-hsien (侯孝賢) is executive producer for Small Talk, and while he will not be attending the Berlinale, at a press conference yesterday Hou stressed the importance of Taiwanese films being selected to screen at international film festivals.

“Taiwanese films do appear in film festivals all over the world, but there aren’t many,” says Hou. “I hope those working in the [local] film industry can look at a broader scope, because the Taiwanese market is very small.”

Lau’s documentary is another personal story in which Lau unravels Malaysia’s history of Communism through the eyes of his grandfather. “Absent Without Leave” starts out from Taiwan and then travels to Malaysia, Thailand and China on a search for surviving Malayan communists and their forgotten stories.

“I’m very happy the film gets to be shown in Berlin because it has faced screening issues in certain countries,” says Lau.

Amid the excitement about the three Taiwanese films at Berlinale, there has been concern raised over the difficulties in securing funds.

Hou says there is always a lack of funds when producing a film and “working hard to make a film is still the most important thing,” but he mentions the need of an “expert” to lead the government council responsible for promoting the local film industry.

Huang echoes this concern and adds that the government needs to clarify the point of public funds, and more importantly if only Taiwanese films are eligible for applying, what are Taiwanese films? For example, would Lau’s documentary qualify?

In an interview with The News Lens in September last year, Wenchi Lin (林文淇), former director of the Taiwan Film Institute and current associate dean of the College of Liberal Arts at National Central University, said the political environment in Taiwan has created many negative influences on the local film industry and the government lacks expertise to help guide it.

“The things this person does might not be visible to the eye, but the people who work in the film industry will feel the environment is changing and that things are becoming easier for them,” said Wenchi Lin.

But this role has been non-existent and there is no place in the current administration for such a position, according to Wenchi Lin at the time of the interview.

The discussion of what a Taiwanese film is has also been ongoing, and co-founder of the Taiwan International Queer Film Festival (TIQFF) Jay Lin (林志杰) wrote in The News Lens earlier this year that “what makes a film Taiwanese is contingent upon whether the story and characters reflect the Taiwanese identity and experience.”

Jay Lin encouraged films to cross borders and for those in the film industry to connect with the world.

“If Taiwan aspires to foster a film culture where creativity and imagination are unshackled by constraints of nationality and languages, then instead of questioning a film’s origin, it should focus on searching for a film’s destination,” Lin said. “One thing is for sure, if the status quo doesn’t change, Taiwanese film industry will not grow; it will sink.”

This article was first published in The News Lens International as “Taiwan Film Industry Concerns Raised amid Berlinale Excitement“. Cinema Escapist has been authorized to republish its contents.