This French-Ukrainian film stars Olga Kurylenko (from the Bond movie "Quantum of Solace") as its lead.

When a reactor at Chernobyl exploded on April 26, 1986, residents in areas near the plant had little idea that their lives would be changed forever. When husbands and sons were called away, and soldiers started appearing in helicopters, they started to sense something was awry — but, for a while, nobody knew for certain the extent of nuclear catastrophe. Many thought there’d been an invasion and, in a sense, they were right. An invisible, silent enemy called radiation had slipped surreptitiously into their bodies, homes, and soil. 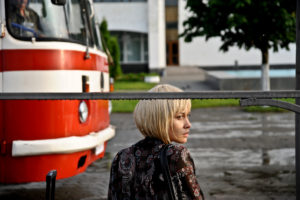 A shot from Land of Oblivion.

Land of Oblivion, a 2011 French/Ukrainian film directed by the French-Israeli Michale Boganim, offers a story inspired by the events and legacy of the Chernobyl disaster. In it, Quantum of Solace star Olga Kurylenko plays a woman from Pripyat (the town nearest Chernobyl) who lost her husband (who she’d married the day before) to the disaster; unable to escape her past, she works as a French-speaking tour guide for her old hometown.

If you dive into real historical accounts of the Chernobyl disaster, two themes stand out. One, how little civilians (and even soldiers) around the area were told about what had happened. Two, how many lives the Soviet government threw at “liquidating” the doomed plant. 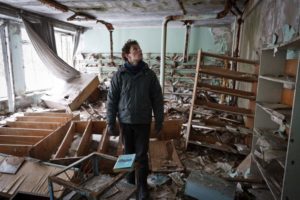 Land of Oblivion stays remarkably faithful to those themes and historical context. It’s a film that silently, like the radiation that plagued Chernobyl, explores the sources and lasting impacts of the trauma around the nuclear disaster. As if lifted out of the pages of Sveltana Alexeivich’s Voices from Chernobyl, we see people obliviously go about their lives as radiation rains down upon them in an information vacuum, which then transitions to scenes of soldiers shooting people’s pets, wives mourning for lost husbands, and child survivors getting bullied for their unique status.

Besides historical accuracy (at least compared to other non-documentary films about Chernobyl), Land of Oblivion is even more remarkable in that much of it was actually filmed in the Chernobyl exclusion zone. The logistics of this I can’t even begin to imagine, but this setting gives the film an additional sense of authenticity.

If you’re looking for a movie that really explores the legacy of Chernobyl in an accurate way, or want to watch what’s likely the only non-documentary film to date that’s actually shot in the Chernobyl exclusion zone, Land of Oblivion should be on your radar.

Want to watch Land of Oblivion? Stream it on FilmDoo! 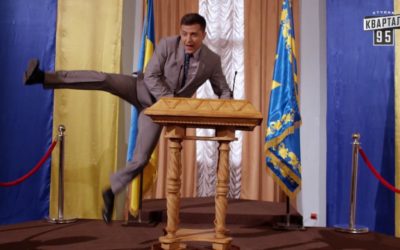 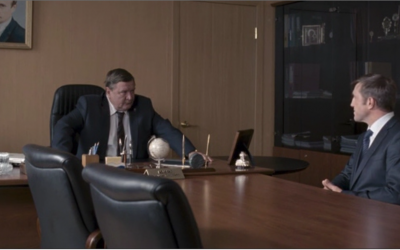 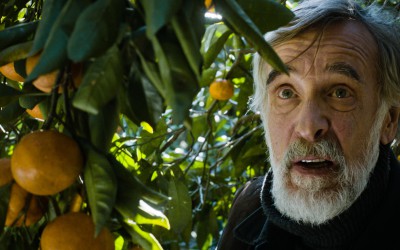