“3.6 roentgen, not great, not terrible.” So goes the now-famous quip from the American HBO hit series Chernobyl. This line also bears relevance to Fukushima 50—the first blockbuster treatment of the world’s second-worst nuclear disaster at Japan’s Fukushima Daiichi power plant.

Starring A-listers Ken Watanabe and Koichi Sato, the film lionizes the workers who prevented the Fukushima disaster from getting worse, and makes the incident accessible to general audiences. On that count, it’s “not terrible.” However, Fukushima 50 lacks nuance, poignancy, and dramatic value—mostly because it refuses to designate clear villains. In that sense, it’s “not great” either.

While this might mean Fukushima 50 will never gain the international popularity of Chernobyl, the movie is still immensely valuable and intriguing from a historiographical perspective. For better or for worse, its uncontroversial demeanor accurately reflects realities in contemporary Japanese sociopolitical discourse around the Fukushima Daiichi disaster and beyond.

Fukushima 50 focuses on an eponymous group of employees at the Fukushima Daiichi power plant, who were tasked with managing a triple meltdown that happened in the days after March 2011’s Tohoku earthquake and tsunami. Chief among them are Masao Yoshida (Ken Watanabe) and Toshio Isaki (Koichi Sato), the plant’s site superintendent and shift supervisor, respectively. While Yoshida was a real person, Isaki and all the film’s other characters are fictional composites.

The film offers a play-by-play dramatization of the Fukushima Daiichi disaster, starting from just before the earthquake and continuing through the days afterwards. It alternates between scenes of the stricken plant itself, a seismically sheltered command center, and ancillary locations like the Japanese Prime Minister’s office and even a US military base.

Throughout, we’re treated to a panoply of tough and selfless men. They rush spiritedly into reactor rooms, haul fire hoses, subsist on dry food, and stare steely-eyed into the face of disaster. These are men on the move, men of action—valiant warriors (some literal, as Japan’s Self Defense Forces feature prominently) fighting an invisible enemy. You don’t need a Ph.D. in nuclear engineering to understand Fukushima 50, just a capacity for hero worship and ability to appreciate war movie tropes.

“The Generation That Lived For Others”

This lionization of the Fukushima Daiichi plant workers isn’t surprising. Fukushima 50 was based on a book called On the Brink: The Inside Story of Fukushima Daiichi, which is available in English. In the book’s foreword, author Ryusho Kadota declares that “this is the story of the people who fought a heroic battle.” Unlike contemporary Japan’s predominantly selfish youth, Kadota argues, the Fukushima 50 are reminiscent of Japan’s WWII veterans, “the generation that lived for others.”

Piggybacking aboard war metaphors restricts Fukushima 50’s capacity for nuance and poignance. Unlike Chernobyl—with its bleak cinematography, bone-chilling use of geiger counter clicks, and soulless evacuation announcements—Fukushima 50 does nothing to convey the trauma and mental toll of disaster. Additionally, for a movie that’s supposed to dramatize a “heroic battle,” Fukushima 50 lacks a compelling villain, even an abstract one. While Chernobyl warns about the cost of lies, Fukushima 50 warns about nothing at all. What caused the disaster? Is nuclear power bad? Should we invest more money in disaster preparedness? Fukushima 50 remains as silent as radiation.

Furthermore, the film barely contains the human tension usually necessary for compelling drama. There are only two notable moments when characters disagree about something: first when the Prime Minister helicopters into Fukushima and delays recovery operations, and second when superintendent Yoshida disobeys the Tokyo Electric Power Company’s (TEPCO) orders and uses seawater to help cool Fukushima Daiichi’s reactors. Even those moments occur so perfunctorily that they don’t give the narrative much added momentum.

Fukushima 50 might not be the dramatic masterpiece that Chernobyl was, but that doesn’t mean it’s any less valuable from a historical and political perspective. The film’s reluctance to hold anyone accountable and embrace of militaristic sentiment reflects contemporary Japanese realities; in that sense it can serve as an entrypoint for international audiences to build a better understanding of Japan.

Almost a decade on, Japan has not held anybody criminally responsible for the Fukushima Daiichi disaster, and many who had to evacuate because of the meltdowns lack closure. After a brief upsurge following the disaster, Japan’s anti-nuclear movement has fizzled out as well. International and Japanese sources argue that nothing has meaningfully changed in Fukushima’s wake.

All this is despite civil lawsuits, international investigations, and even a report from Japan’s Diet (the national legislature) arguing that the disaster was “man made”—a result of inadequate preparedness and collusion between regulators, government officials, and TEPCO.

Some external analysts argue that moving forward from Fukushima can only come with a comprehensive re-examination of economic and political structures created by decades of effective one-party rule in Japan. While Japan is officially a democracy, the Liberal Democratic Party (LDP) has held power for all but several years after World War II. The LDP remains in power today under Prime Minister Shinzo Abe, with desires to maintain the nuclear status quo whilst separately imbuing Japan with a more militaristic spirit. While Abe’s government wants to make Japan’s economy more agile, a radical rethinking of Japan’s political economy and culture isn’t on the agenda. Perhaps Fukushima 50 is simply a reflection of this reality.

“Not Great, Not Terrible”

When “3.6 roentgen, not great, not terrible” appears in Chernobyl, it comes with the implication of those in power refusing to address a more systemic problem. With this extra lens, the quote seems even more relevant to Fukushima 50. Not only is the movie “not great, not terrible,” but its controversy-avoiding blockbuster treatment also reflects the lack of meaningful change that’s happened after the Fukushima Daiichi disaster.

Critics of this stance might argue that Chernobyl has far more leeway than Fukushima 50 to criticize; it’s easier for an American series that caters to primarily Western audiences to cast doubt on a foreign Soviet system. Yet Chernobyl wasn’t a pure critique of the Soviet Union. The series gained mass acclaim because it skewered contemporary Western societies’ disregard for truth.

While Japan isn’t the most conducive environment for political movies, it’s not incapable of producing movies that reflect upon the past with nuance and poignancy. Just look at Grave of the Fireflies, one of the most renowned examinations of WWII from anywhere in the world.

Alas, Fukushima 50 is no Grave of the Fireflies or Chernobyl, and that’s regrettable given Japan’s historical moviemaking prowess.

Japanese audiences might still be able to enjoy Fukushima 50 simply because it’s the first cinematic depiction of a significant national disaster. Those interested in Japanese politics or nuclear energy policy may find Fukushima 50 rich with food for thought. However, international audiences looking for a second Chernobyl should adjust their expectations accordingly. 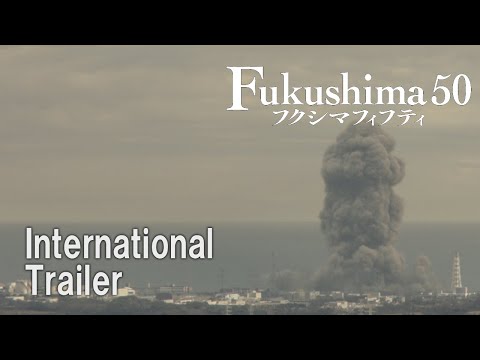 Fukushima 50 is screening at Japan Cuts 2020, which runs virtually between July 17-30, 2020. Tickets to stream films online (for US audiences) are available for purchase starting July 10, 2020 on the Japan Cuts website.