Seven worthy Chinese movies you can watch on Netflix today! 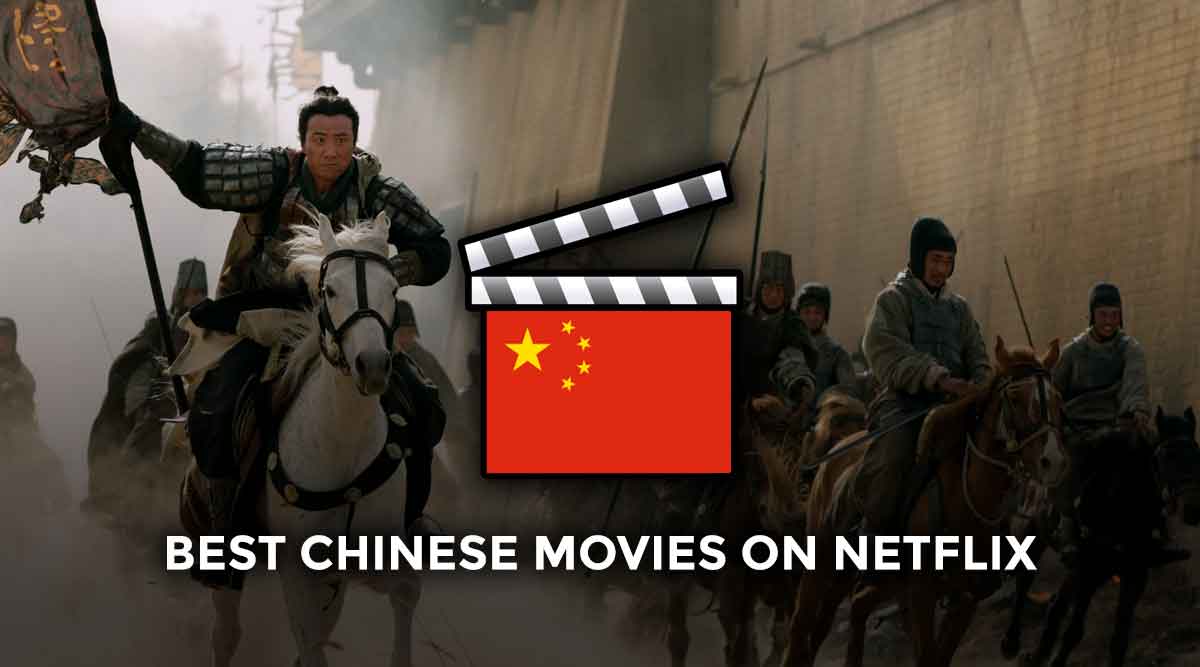 China might have the largest population and second-largest economy in the world, but there actually aren’t that many Chinese films on Netflix. And to be perfectly honest, the Chinese movies that are on Netflix aren’t all of the highest quality or particularly entertaining for non-Chinese audiences (why this is the case could be the subject of a longer, more academic article).

In case for some reason you really want to watch Chinese movies, and you want to do so on Netflix, have no fear — we’ve taken the liberty of finding the “best” ones available. Granted, “best” is a relative term… if you just want Asian films on Netflix, you might be better off taking a look at our list of best Korean films on Netflix.

Alas, I digress — as a Chinese myself I will say that despite the bad rep that Chinese films oftentimes get in the West, there are some diamonds in the rough. Besides, whether you’re a Chinese-American trying to better understand your heritage or a European with a passing fancy for Kung-Fu, there’s no harm in getting some of your entertainment from the 21st century’s biggest rising power. By watching Chinese movies, you can better understand China — and that’s something I’m fully aboard with helping people do.

So without further ado, let’s see the top Chinese films on Netflix (updated 2018)!

Anyone with Chinese heritage will probably know the classic novel Journey to the West and its rambunctious protagonist the Monkey King. As the title suggests, The Monkey King 2 (Chinese: 西游记之孙悟空三打白骨精) offers an action film adaptation of this famous piece of Chinese lore.

You might think… “wait, this is a sequel, isn’t it” — and you would be right. But that’s OK, because it seems like the consensus amongst critics is that The Monkey King 2 is actually better than The Monkey King, which came out in 2014. While this film isn’t necessarily an artistic masterpiece, with martial arts master Donnie Yen playing the titular character, it’ll be sure to entertain.

If you’re looking for a more modern piece of Chinese action, Operation Mekong (Chinese: 湄公河行动) fits the bill. Inspired by a real 2011 incident, the movie tells the story of a special Chinese police unit that storms into Burma, guns blazing, to capture a drug lord who killed Chinese civilians.

his movie is super-full of action and can hold its own against most Hollywood action flicks; that can’t be said for all Chinese action movies. It’s also geopolitically interesting because it’s part of a recent trend of Chinese “world police” like movies (ex. Wolf Warriors 2, Sky Hunters) that have gotten massive box office success.

If you want to learn more, read our review of Operation Mekong!

If you’re more into dark crime movies, Black Coal, Thin Ice (Chinese: 白日焰火) might be your cup of Chinese tea. Set in the frigidness of northeastern China, it features a detective who encounters a case of body parts repeatedly turning up in coal shipments.

Though the film has some flaws, it’s a pretty good effort by Chinese standards. In fact, it actually managed to win the Golden Bear Award at the Berlin Film Festival. For American readers, there’s a bit of a Fargo vibe to this movie, and it has a very distinctive ambience. If you want to learn more about the movie, check out our review.

This entry is a bit special — it’s a documentary, albeit one made by actual Chinese and not Westerners or exiled dissidents. If you’re interested in Chinese politics, The Chinese Mayor (Chinese: 大同）is a must-watch. It’s a captivating look at Geng Yanbo, who was the mayor of the city of Datong (now he’s in charge of an even bigger city).

The film chronicles Geng’s ambitions to leave a legacy for his city at all costs, and offers the most intimate and up-close account of any Chinese government official you’ll ever see. As an added bonus, we’ve actually interviewed the director of The Chinese Mayor here on Cinema Escapist.

Watch The Chinese Mayor on Netflix

Jia Zhangke is perhaps China’s most famous independent filmmaker; his movies usually do a great job of exploring important social issues. Mountains May Depart (Chinese: 山河故人) is his latest movie.

If you’re looking for a more artistic film, this should fit the bill. Mountains May Depart spans three time periods and starts with a woman pursued by two suitors. Like some of Jia’s other films, it provides a cinematic mirror to China’s transformations since Reform and Opening.

Watch Mountains May Depart on Netflix

Feng Xiaogang is one of China’s most renowned directors, and I Am Not Madam Bovary (Chinese: 我不是潘金莲) is one of his more recent works. Starring Fan Bingbing (China’s most famous actress) in the lead role, the movie talks about a woman who aggressively petitions the Chinese legal system after being swindled by her ex-husband.

Admittedly, if you want entertainment, this might not be the best movie. However, if you’re into indie movies, this is a good choice. I Am Not Madam Bovary was the most hotly anticipated Chinese movie on the 2016 festival circuit.

Watch I Am Not Madam Bovary on Netflix

Red Cliff is one of my favorite films of all time. This is probably the best Chinese epic war film out there. It’s also inspired by a famous piece of Chinese literature, Romance of the Three Kingdoms.

If you’re interested in China, or are too lazy to read Romance of the Three Kingdoms, just watch this movie. You won’t regret it. There’s cunning strategy, sweeping battle scenes, and more.

Do you agree with our list? Let us know in the comments below!