A biting comedy about the ego of celebrity and the pain of getting old, starring Marion Cotillard and Guillaume Canet. 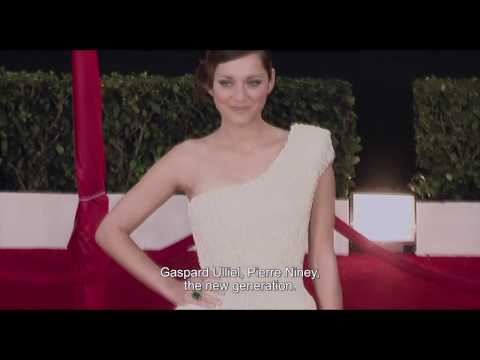 Rock’n Roll, a 2017 French comedy, combines the two well-trodden themes of getting old and the meta-ness of art. Movies have tackled each of these genres with varying success. I would say Rock’n Roll lands closer to the About Schmidt/Adaptation end of the spectrum in terms of achieving success within these themes. Even so, the movie is shaky going.

Rock’n Roll stars two beloved icons of French cinema, the real-life couple Guillaume Canet and Marion Cotillard. In the spirit of full disclosure, I wasn’t familiar with Canet before watching the movie. It wasn’t until he referred to Cotillard by her actual name that I realized they were portraying themselves.

I suspect I missed out on a good-deal of references peppered throughout the movie, as cameos and name-dropping are weaved into the narrative. Even for those unfamiliar with French pop culture like myself, though, the leads carry the film well enough that it doesn’t matter.

Canet plays what I imagine is a more bombastic and self-obsessed version of his actual public self. The movie follows his growing realization that he is no longer on every girl’s “list” of the celebrities they want to sleep with and is beginning to be typecast as (gasp) someone his own age.

He plays the role admirably, to the point where I was shocked at how irredeemable he allowed his character to become. I guess I’m ruined by American movies, but I kept waiting for a moment of self-awareness that never came. He combines self-pity, arrogance, and incredible physical comedy to the point where it’s hard to remember why you’re rooting for him to come out of his downward spiral.

His co-star, the always fantastic Cotillard, is equally game. Since I’m more familiar with her actual career, I could see how Rock’n Roll created an exaggerated parody of her real-life persona à la This is the End. She props up her coffee table with César Awards, and her character is defined by the mantra she utters at one point, “A good role needs an accent or a disability.”

Like Robert Downey Jr. in Tropic Thunder, she steals the show by parodying the method actor. Canet and Cotillard lead a boring home life, to the increasing chágrin of Canet. The domestic (lack of) drama is one of the funniest parts of the movie, though, as Cotillard is constantly preparing for a different role.

For the first half of Rock’n Roll, she prepares to play a Quebecois resistance fighter. She only speaks to Canet in Quebecois French, which comes across as some sort of pirate vernacular in the subtitles and produces such gems as “It’s yer midlife crisis is all.” Again, I assume this would be even more amusing for a French viewer. Despite some inevitable lost in translation humor, just watching the expressions on Canet’s face as he tries to figure out what his partner is talking about is enough.

My biggest gripe with the movie is that it succumbs to trite plot conventions, such as an interview with a magazine writer kicking off the plot and the overt symbolism that Canet’s home is filled with cuckoo clocks to remind him of every passing hour.

I’m typically a sucker for meta movies about creativity. I loved the scenes where Canet tries to convince his agents that he wants to make a movie about himself probably more than I should have. Still, I think the biggest flaw of meta movies is that they think they can get away with clichés because they’re winking at the audience. Rock’n Roll pushes this to the limits to the point where the plot becomes all-to-predictable, at least for the first two-thirds.

There are some playful moments, including a delightfully out-of-place music video/dream sequence involving Cotillard as Celine Dion. Still, the first 90 minutes or so of the movie dragged enough that I wondered how it was going to justify its two-hour runtime.

The last thirty minutes devolve fully into absurdity, though, and while the movie doesn’t fully stick the landing, it comes pretty damn close. You finally understand why Canet’s character never sought redemption and just how far the movie is willing to go in skewering the nature of celebrity. It awards happiness and resolution to its protagonist in a gleefully cynical way that American movies would never have the guts to do.