America has YouTube celebrities—but who are the "internet famous" in China?

Before he became an award-winning documentarian, Hao Wu was a product manager in Silicon Valley and China. He left his career in tech to pursue his true passion: telling the story of China’s youth through film-making. In his latest documentary, People’s Republic of Desire, Wu explores the phenomenon of livestreamers and internet celebrities in China. We had the fortune to chat with Wu — one of the most famous documentary directors of contemporary China — about the release of his new film, and hear his thoughts on this Chinese internet phenomenon.

One of the stories that People’s Republic of Desire tells is that of Shen Man — a young woman from a modest background who was later able to earn $40k a month by hosting a live-streamed talk show through the platform YY. She sometimes sings, and fans tease her about a rumored husband — all while showering her with virtual gifts. Shen Man is one of China’s 网红 — wang hong , literally “internet red” — China’s latest breed of internet celebrities.

While certain individuals have hit internet fame through platforms like Youtube or Twitch in the US (like the Fung Bros or WongFu Productions), internet fame has hit new levels in the world’s biggest economy. Fueled by a growing urban population that feels increasingly lonely and disconnected, the right individuals — often young, beautiful women — are able to achieve stardom and wealth in front of a webcam.

Congratulations on the release of your new film, People’s Republic of Desire. Your background is actually very interesting — you had a career in tech before you started making movies. What made you give that up?

Growing up, I always wanted to tell stories. I was more on the liberal arts track but my parents pushed me into science. My first degree was actually molecular biology — I was in a PhD program at Brandeis University, but decided not to pursue my PhD — I just got my masters and got out of science because, as much as I loved science, I realized lab work wasn’t for me.

After science, I didn’t know what I wanted to do, so I got my MBA and worked in product management. I started off in Silicon Valley and then I moved to China to work at Alibaba and TripAdvisor.

However, I had always wanted to tell stories, and I always dabbled in writing. I just needed to figure out what instrument to tell my stories with. When I went back to China, I started doing documentary filming on the side. After three years in TripAdvisor, I had about 100 hours of footage and I gave myself six months to finish editing the film.

What drove you towards making a film about wang hong culture? Was it in part related to your previous career in tech?

I had a friend in finance who said “hey you’re in tech in China, can you tell me a little bit about YY?”

I’d never heard of this company before, so I decided to do a little research and it was shocking to learn they were listed on NASDAQ! I think they were worth about US$4 billion back then. I also thought it was really intriguing and started to research it more. After The Road to Fame, my focus was definitely technology and youth culture — but also China’s wealth. There’s so much money in China, but where can I see rich people? How do they spend money?

In China, rich people are pretty low key. In real life, they show off in pretty private settings. But in public, there’s certainly conspicuous consumption going on. So when I found YY, I found that this is a place where I can explore all of my interests — the technology, the youth culture, but also the wealth — new wealth in China. So that’s how this all got started — this curiosity to find out more, how this bizarre online universe can really tell what’s going on in China.

Is this wang hong culture unique to China? Why hasn’t it taken off in the US?

Arguably, it has [taken off] in the US — it’s more about gaming today, but they are trying to expand beyond gaming into more entertainment. Today I was walking around Times Square, and I saw a huge billboard for live.me and their slogan was kind of funny, kind of touching on my film: “real friends, real fame, and real fortune.” It’s similar to what I’m trying to show.

I think there are aspects of livestreaming in China shown in my film which the audience in the US can certainly relate to and there are certain Chinese aspects about China that make livestreaming pretty unique — for example, the triangle relationship [between livestreamers, patrons, and fans]. Here [in the US], yes we do worship rich people, we do love to watch other people spend money — that’s why certain reality TV show like the Kardashians are so popular — but not to the same degree as shown in the film, as in livestreaming in China. But it’s still relatable to people in the US.

So what do you think makes people interested in watching livestreaming in China specifically?

First of all, I’m a filmmaker — I used to work in technology but I don’t want to present myself as an expert on livestreaming in China. Since I’ve started filming in 2014, livestreaming has really exploded and expanded in different ways. Gaming and live entertainment were the first two livestreaming forms that took off in China. But now arguably livestreaming and shopping and e-commerce are also huge now, and there’s all the ways that traditional media are coming into livestreaming, especially when there are certain important events or concerts.

For example, e-commerce livestreaming is popular because people want to have a more interactive shopping experience; they want more hand-holding. They view shopping more as entertainment, and they want to have fun when they’re shopping.  They can interact with the livestreamers about a particular product. There’s also a certain aspect of wanting to emulate the lifestyle of the livestreamer through a certain product.

Going back to the more traditional form of livestreaming, I think that for the diaosi (a self-degradating term that can be loosely translated as “nerd”), the main reason is to watch entertainment live to kill time — but they also want the entertainment to be interactive, live. The livestreamer can respond to certain things happening in the showroom and the viewers are also able to interact to some degree with other people in the same showroom. It’s a very interactive experience.

Why the need to be interactive? I think it’s because there are a lot of young people who are lonely for many different reasons: because they are migrants from the countryside and don’t have relatives or friends in the big city, or they are one-child families in the urban areas and the kids grew up with no siblings — or they’re stuck in a dead end job or are nerds and they don’t have many friends.

A lot of things are making the urban centers in China a lonely place. So a lot of diaosi are looking for entertainment but also for some real interactions.

I can definitely empathize with that last point. What’s funny is that when I first went to New York for work, I also had very few friends and was feeling lonely — so I spent a lot of time watching movies — and that’s how Cinema Escapist got started!

Anyways: your film touches on some of the darker points of wang hong culture. For example, there’s a lot of beautiful women livestreaming with wealthy male patrons — one of them even was rumored to be sleeping with one of their patrons. Do you think that livestreaming has created an exploitative culture for some of the young women?

The way I position my film is not a definitive investigative piece of the darker side of livestreaming. It’s about YY, the most prevalent of livestream platforms, but it’s not the only way that livestreaming can be popular in China.

In my film, the way that I portray YY livestreaming is like a game where everyone is being exploited. People exploit each other — the platform has designed this system that allows everybody to exploit and to be exploited at the same time. I don’t think there’s any single victim in this, it’s just the system. It’s almost like some of the people who critique capitalism: I’m not against capitalism, but I just think livestreaming, or the internet, or capitalism are just systems we have to live in, and we all play our own individual role in that system.

I guess the livestreamers are being exploited, and there’s definitely the sexual aspect in order for them to make money and have their rich patrons continue to spend. They have to flirt, they have to continue the relationship with their VIP clients, they have to text them after their show — and as in the film, the girls have to fend off advances from their patrons. They have to do all of that — and in reality some of them actually sleep with their patrons — that happens. But at the same time these women are using the rich patron as well: they came from nothing themselves, and with this platform they are able to capture their fan’s adulation and the patron’s patronage. They become multimillionaires themselves.

That’s a really interesting perspective — that this is just capitalism. I definitely think Chinese people have a much more pragmatic view of certain topics which might cause some outrage in America

In China people openly talk about relationships as transactions, as something that can benefit themselves, and this has been reflected on livestreaming. Throughout this universe you can see the whole transaction, and how all the human relationships are transactions. It’s all money-based even if it looks glamorous — no matter if it’s represented by virtual lollipops or virtual gifts, it’s all money at the end.

And to some degree, the livestreamers exploit this too; many livestreamers come from poor upbringings, but they play this card to get their fans to spend money. So that’s what’s different from the traditional idol worship — in that livestreamers and their fans feel like they are buddies, that they are friends. In that way, the fans can fantasize about the livestreamers’ glamorous lives, and it becomes more accessible to their daily lives.

I’m sure there’s a lot of interest in this movie! Will People’s Republic of Desire be live anywhere else soon?

First you can find more information on our Facebook page. We’ll be taking the film throughout the major metropolitan areas through the festival circuit. We’re certainly hoping to have US distributor in theaters, but the goal will be to let people watch online because the film is about internet so people should be able to watch online. 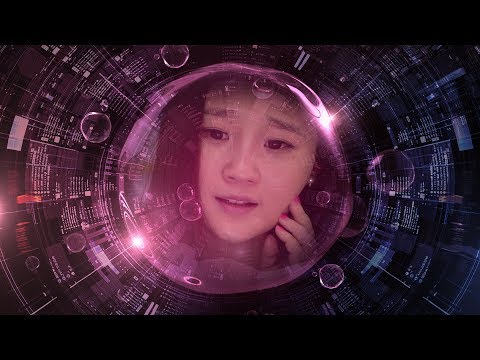 People’s Republic of Desire was released March 10th at SXSW, where it won the Grand Jury award for best documentary feature.

This interview was edited for clarity and length.