"Train to Busan’s" director returns with "Psychokinesis," another hard-hitting blockbuster. 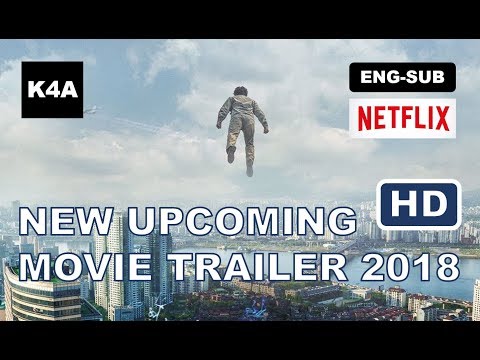 After directing 2016’s hit zombie blockbuster Train to Busan, Yeon Sang-ho has moved into another popular genre: the superhero movie. Yeon’s film Psychokinesis—which is now available for streaming on Netflix—represents (to my knowledge) South Korea’s first mainstream superhero movie. While Psychokinesis isn’t as outstanding as Train to Busan, it’s still worth examining as a commentary on Korean society.

If you’ve watched Train to Busan, Psychokinesis’ basic plot outline will feel familiar: an estranged father unites with his daughter and faces down danger, strengthening their mutual bond in the process. In Psychokinesis’ case, the father is Shin Suk-hun, a middle aged security guard. Suk-hun’s daughter Ru-mi runs a fried chicken shop in Seoul, located in a market that sleazy property developers want to expropriate. When gangsters working for the developer kill Ru-mi’s mother, Suk-hun re-enters her life after attending the funeral. Conveniently, he’s somehow acquired telekinetic abilities that enable him to fly and move both large objects and people. With these newfound powers, he resolves to rebuild a relationship with his daughter by defending the market from expropriation.

It’s laudable how localized—and quintessentially Korean—this story feels. Suk-hun’s not defending the entirety of Gotham City or Metropolis; his domain extends only a few city blocks worth of mom-and-pop shops. This makes him feel more like an everyman than a superhero; it’s also telling how he never dons some garish costume and instead retains the fashion sense of a stereotypical middle-aged Korean father. Like with Train to Busan, you could interpret Psychokinesis as a father-daughter story that happens to contain some action-packed garnish.

The struggle against corrupt land seizures is also a trope that’s nonexistent in Hollywood superhero flicks, but quite common in Korean movies (ex. Gangnam Blues). This offers a template for localizing the superhero genre to fit broader Asian tastes, much like how K-dramas and K-pop adapt Western notions into Asian contexts. Unjust land seizures are a fact of life for many Asian societies beyond Korea (ex. China — just think of the beginning of Wolf Warrior II), and something audiences can easily get riled up about.

However, despite lofty intentions and resonant localization tactics, Psychokinesis only performed modestly at Korea’s box office. The film had great vision, but subpar implementation. Granted, it was still entertaining to watch, but it’s not resonant in the same manner as Train to Busan. Why? Because its narrative lacks struggle.

As one salient example: Psychokinesis only superficially explains how Suk-hun obtained his powers, and what costs or traumas they bring. Furthermore, he never loses or doubts those powers at any point—sure, there’s hiccups like when he’s briefly arrested, but that’s merely a delay on an upward-sloping narrative arc.

This surfaces another flaw: Psychokinesis has no compelling villain. The closest the movie gets is the property developer’s chilling female boss—but while she gives a superb performance, she gets no more than ten minutes of screentime in the entire movie. Compared with seminal superhero movies, this feels underwhelming. For example, in The Dark Knight, Batman has the Joker, who forces him to realize that his superpowers can’t solve anything.

Korea isn’t incapable of telling such narratives. Notably, the popular 2011 drama City Hunter borrows The Dark Knight’s trifecta of masked vigilante, “white knight” prosecutor, and villain who strikes close to the vigilante’s heart. That said, Psychokinesis paints an arguably bleaker picture of South Korea’s governing institutions than City Hunter. Like in Train to Busan, there’s no white knight who represents an “official” embodiment of justice.—the authorities are either dismissive, unhelpful, or downright harmful. Psychokinesis focuses the most on this last point, showing the Korean police as nothing more than hired guns of gangsters and big business. Ru-mi and her fellow shopkeepers have no trust for the authorities (who greet them with batons rather than assistance), and that creates demand for Suk-hun’s superpowers.

Is this a sign that Korean society is even more distrustful of government since City Hunter came out in 2011? Maybe, considering the South Korea’s last president Park Geun-hye was impeached and recently imprisoned for corruption. However, the very fact that movies like Psychokinesis exist reveal a silver lining for Korean society. Superhero movies can only happen when a society holds that justice exists independent from the state (and instead derives from “the people”), and that sometimes the state acts in ways inimical to justice. That’s why you won’t see any superhero movies from China, for instance. In Korea, however, at least democratic norms are established enough for filmmakers to channel people’s’ frustrations with injustice through superhero movies like Psychokinesis.

Psychokinesis is now available for streaming on Netflix across most regions.