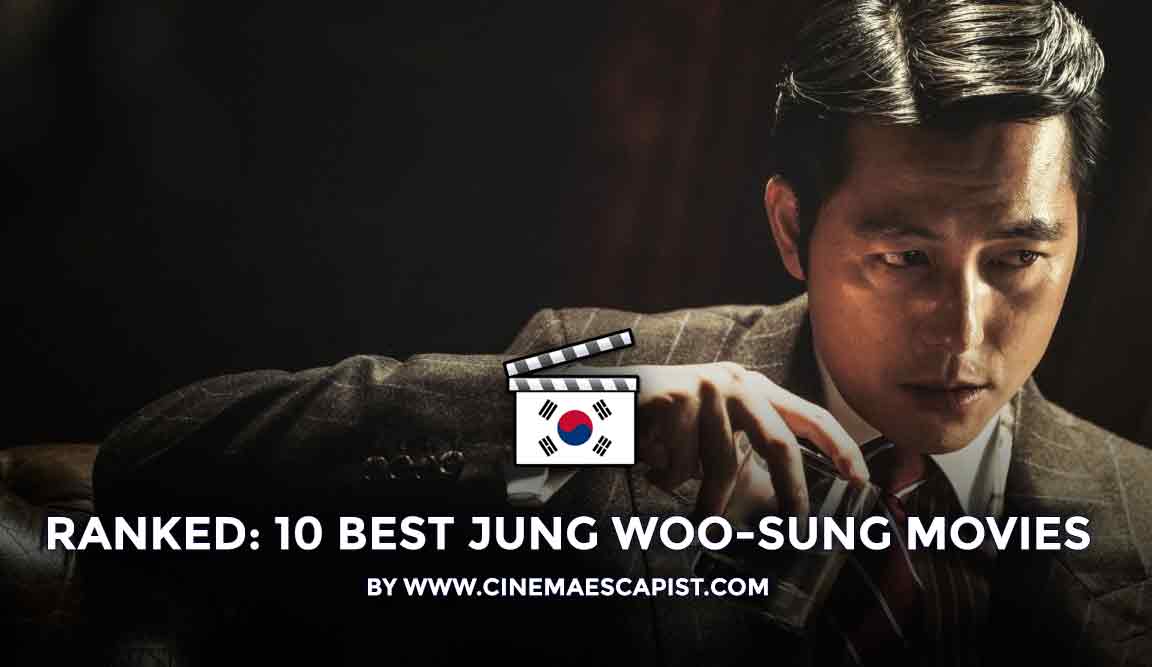 With good looks and stony swagger, Jung Woo-sung is one of Korea’s most popular actors. At 185cm (6ft 1in), Jung started as a model before making his movie debut in 1994’s The Fox With Nine Tails and then catapulting to fame through the 1997 gangster movie Beat, which was partially shaped by Jung’s life as a high school dropout.

Since then, you’ve probably seen Jung Woo-sung in either one of two genres: action or romance. Beyond massively popular dramas like Athena: Goddess of War and Padam Padam, Jung has starred in many of Korea’s biggest box office successes.

We at Cinema Escapist look back at the dozens of films in Jung Woo-sung’s repertoire and present you with a list of his ten best performances, ranked in order of increasing quality. Let’s take a look at the 10 best Jung Woo-Sung movies, ranked! 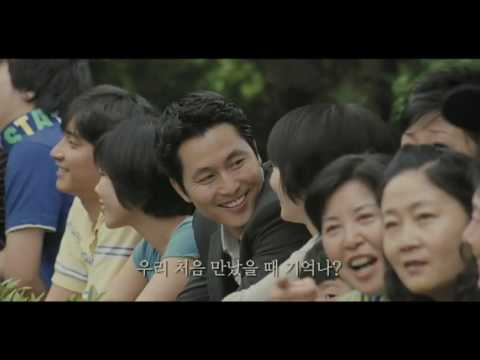 We start this list with Season of Good Rain, a slow-burning romance set in Chengdu, China. In this Chinese-Korean co-production, Jung Woo-sung stars as a Korean architect named Park Dong-ha whose company is helping rebuild Chengdu after the 2008 Sichuan earthquake. While in Chengdu, Park meets his old college flame May (played by Chinese actress Gao Yuanyuan); as they spend more time together, feelings rekindle.

Jung provides a delicate performance as Park, contemplatively navigating his way through a romance that spans memories, cultures, and even languages. In a display of acting flexibility, much of Jung’s dialog is in English (he and May both supposedly studied in the US). Season of Good Rain‘s distinctive setting (pandas, anybody?) combines with Jung’s star power to create a touching experience for those who enjoy sensitive romances. 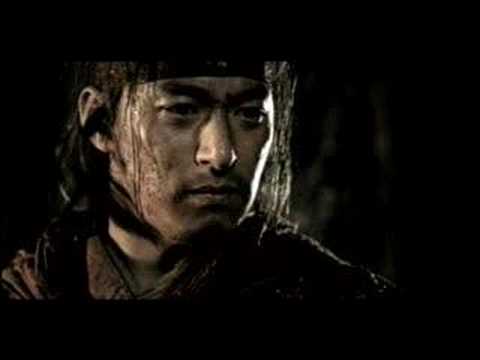 Of course, not everyone watches Jung Woo-sung for his performance in romance movies. For those viewers who prefer some combat, look no further than Musa, also known as The Warrior.

In Musa, Jung Woo-sung plays a hot-headed former slave named Yeo-sol, who’s part of a Korean delegation to China. Together with other members of the delegation, Yeo-sol must fight against raiding Mongols and rescue a Chinese princess (played by famed actress Zhang Ziyi) in order to repair Korea’s reputation amongst the Chinese. Musa offers plenty of close quarters combat; Jung’s character is an expert with spears and gets many opportunities to show off his skill. 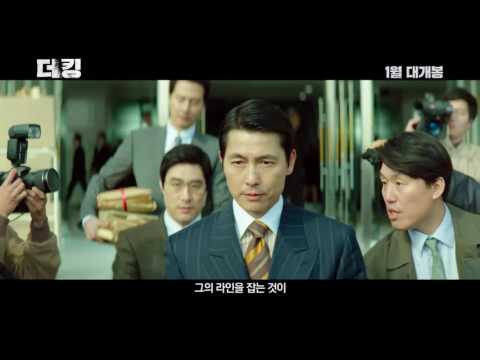 Political corruption and public prosecutors are common motifs in Korean movies and dramas. Both are front and center in 2017’s The King.

In this film, Jung Woo-sung plays Han Kang-shik—a powerful prosecutor who controls a clique of prosecutors who use their status to obtain status and wealth through less than noble means. Han’s power inspires the movie’s title, as he’s like a “king” of prosecutors. Jung Woo-sung’s performance and steely demeanor lend extra credence to Han’s authority as a top dog; few other leading Korean actors could probably play the role so well.

If you enjoy political intrigue and brooding meditations on power and wealth, The King will be right up your alley. The movie opened at #1 in Korea’s box office, and was one of 2017’s highest grossing Korean movies.

7. Asura: The City of Madness 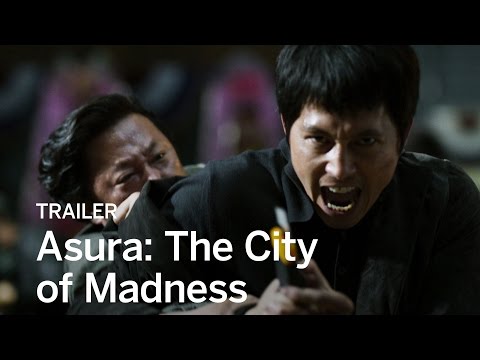 If you want even more of Jung Woo-sung playing a corrupt authority figure, look no further than Asura: The City of Madness.

In this 2016 crime movie, Jung portrays a shady cop named Han Do-Kyung, who handles nefarious deeds for his city’s corrupt mayor (played by Hwang Jung-min, another leading Korean actor). However, a prosecutor (played by Kwak Do-won) starts wising up to Han’s activities and pursues him with relentless zeal.

Jung’s ability to play ruthlessly cold characters shines yet again in Asura, which ends up exploring the dark depths of corruption in its fictional depiction of Korea. There’s loads of brutal violence and deception paired with high-octane action (ex. car chases), showing just what a dog eat dog world the film’s characters live in. 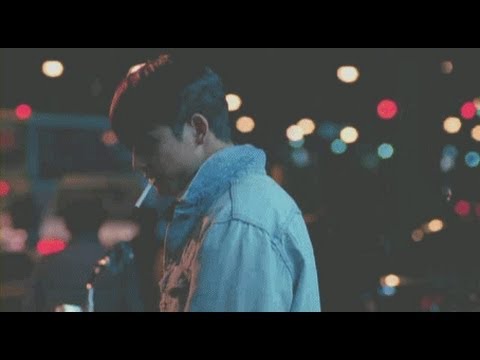 As mentioned in this article’s intro, the 1997 youth gangster film Beat helped catapult Jung Woo-sung to fame. In the film, Jung plays a high school dropout named Min who becomes involved with a gang while trying to pursue an upper-class girl.

This role seemed perfectly suited for Jung, who drew from his own experiences as a high school dropout to shape his interpretation of the story. In Beat, Jung Woo-sung conveyed a bad boy charm that reminded many viewers of American actor Tom Cruise (in his younger days). This greatly boosted Jung’s reputation and propelled him to the status of a youth idol in Korea. 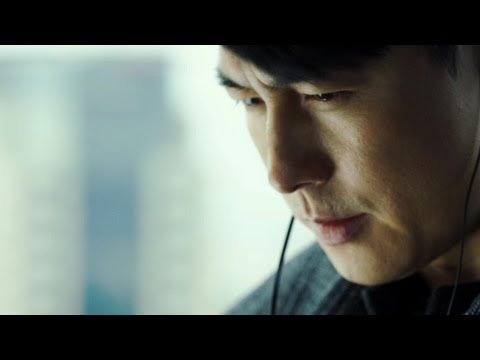 Before 2013, Jung Woo-sung might’ve played bad boy roles — but he never played the bad guy. That changed with Cold Eyes, which many Korean media outlets billed as Jung’s first movie as the villain.

Cold Eyes tells the story of a special police unit that’s tasked with finding an international bank robbing syndicate. Jung plays the mysterious leader of that syndicate, who’s only known as “James.” In Cold Eyes, James doesn’t actually have that many lines—and Jung purposefully acted in an understated manner to make the character seem even more enigmatic.

If you appreciated Jung Woo-sung’s performances in movies like Asura or The King (mentioned earlier on this list), you can thank Cold Eyes for developing his skills at villainy!

Though Jung Woo-sung is only one of several male leads in Sad Movie, he’s perhaps the most memorable. This anthology melodrama consists of four individual stories, and the first one stars Jung Woo-sung as a handsome, brave, but dense firefighter who falls in love with a sign language interpreter.

Out of the four segments, Jung’s was the audience favorite by far. As seen in numerous reviews and testimonials: many fans swooned over Jung’s “brave firefighter” role, and praised his story as having the most substance compared with the other three.

If you’re one for melodramas and want a quick, bittersweet taste of Jung Woo-sung, then check out Sad Movie.

Want a more action-packed look at North-South Korea relations? Look no further than Steel Rain, one of the most entertaining espionage thrillers to come out of Korea in recent years. If you enjoyed Jung Woo-sung in the popular drama Athena: Goddess of War, then you have to watch his performance in Steel Rain.

While Jung plays a South Korean spy in Athena, he plays a North Korean spy named Eom Chul-woo in Steel Rain. When a coup d’etat in Pyongyang causes a crisis on the Korean peninsula, Eom must team up with a South Korean bureaucrat to save all Koreans from nuclear annihilation.

Steel Rain contains a huge number of fantastic action scenes and showcases all sorts of shiny cool weaponry. Jung Woo-sung’s character Eom is front and center of all the action… he’s such a prolific fighter he almost seems superhuman. Yet, despite his character’s toughness, Jung still manages to convey a layer of nuanced sentimentality underneath that hints at the pain of division on the Korean peninsula. This balanced acting, combined with Steel Rain‘s awesomely action-packed plot, make it one of Jung Woo-sung’s best performances.

2. A Moment to Remember 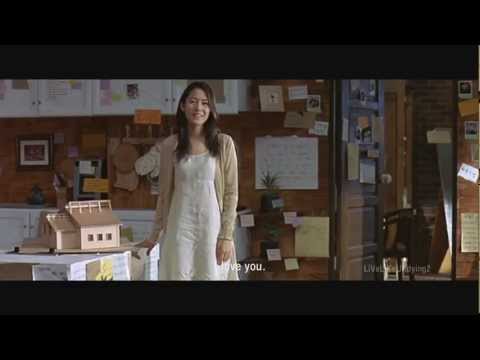 In A Moment to Remember, Jung plays a rough-and-tumble construction foreman named Chul-soo. Chul-soo meets a fashion designer named Su-jin (Son Ye-jin), and the two fall in love despite differences in social class. Even as a tragic revelation strikes Su-jin, Chul-soo resolves to keep their love alive. Jung Woo-sung’s portrayal of an utterly smitten and empathetically caring Chul-soo won the hearts of millions of viewers across Asia.

A Moment to Remember is a pioneer of the melodrama romance and, as melodramas go, it’s a massive tearjerker. Jung Woo-sung’s excellent acting combines with elegant camera work and generally high production quality to make this a romance for the ages. 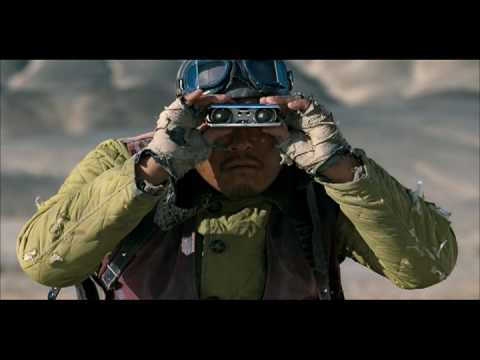 At the very top of our list of Jung Woo-sung’s best performances is 2008’s The Good, the Bad, the Weird. This “kimchi Western” (i.e. a Western film made by Koreans) brought Jung to the attention of international cinephiles, and is one of the highest grossing Korean movies of all times.

In the film, Jung plays “The Good” — a bounty hunter named Park Chang-yi. Park competes against a thief (“The Weird”, played by Song Kang-ho) and a hitman (“The Bad”, played by Lee Byung-hun) to find a treasure map in the wild deserts of 1930’s Manchuria. All three of them must contend with the evil Imperial Japanese Army, who also wants the map.

Jung deploys both his fighting and acting prowess to make The Good, the Bad, the Weird number one on our list of his movies. His character is like a Korean John Wayne: a lofty, unconquerable lone ranger who represents a pinnacle of inner strength.