The Fourth Amigo: Why Emmanuel Lubezki Is One of Today’s Best Cinematographers

Three-time Oscar winning cinematographer Emmanuel Lubezki is the silent force behind many amazing films—like "Children of Men" and "The Revenant".

In what has been referred to as the “New Golden Age of Mexican Cinema”, films by Mexican filmmakers such as Alejandro González Iñárritu, Alfonso Cuarón, and Guillermo del Toro have been dominating the Academy Awards, garnering universal critical acclaim, and doing very well at the box office.

Iñárritu, Cuarón, and del Toro have all recently won Academy Awards for Best Director, and have created some of the best films in recent years. They are known as “the Three Amigos”, as they all come from Mexico and have been friends for decades, even forming a film production company together known as Cha Cha Chá Producciones back in 2007. And yet, there is a Fourth Amigo who has been instrumental to their success.

The potential “Fourth Amigo” is Emmanuel Lubezki, a Mexican cinematographer who has collaborated extensively with both Cuarón and Iñárritu. Though Lubezki, who goes by the name “Chivo” (meaning “goat” in Spanish), doesn’t get as much attention as the three directors mentioned above, he is by no means unrecognized — he has received eight Academy Award nominations for Best Cinematography and set a record in 2015 for being the first person to win the award three consecutive years in a row.

Lubezki has also received the more awards than any other filmmaker for Outstanding Achievement in Cinematography from the American Society of Cinematographers and has won numerous BAFTA and Critics’ Choice Awards for his cinematography. Through these awards, his dedication to his craft, and his artistic ability, Lubezki has established himself as one of the best cinematographers of all time.

Born and raised in Mexico City, Lubezki was captivated by film from an early age, stating in an interview with MovieMaker magazine that the “magic moment” that sparked his interest in film occurred while shooting a high school project on a Super 8 camera. Lubezki may have come far from filming school projects, but he has not lost a taste for simple filmmaking techniques: many of his films have purposefully only used handheld cameras and natural light during the filming process, as explained in further detail below.

Lubezki met Alfonso Cuarón while studying history at the National Autonomous University of Mexico. They became fast friends and would go on to collaborate many times throughout their filmmaking careers; it was for Cuaron’s A Little Princess (1995) that Lubezki would receive his first Oscar nomination for cinematography. A Little Princess also helped Lubezki develop his signature style of filmmaking — his use of soft, directional lighting in this film indicated his ability to work with light in beautiful and creative ways, which would be instrumental in later films like The Tree of Life (2011), Gravity (2013), and The Revenant (2015).

“It was completely different! I guess I was naïve; I believed too much in film as a form of art. In Mexico, every project was a labor of love. I remember scouting in Los Angeles for a movie called Twenty Bucks; I didn’t tell the location manager about the need to close down a street. I just assumed you could do it, because that wouldn’t have been a problem in Mexico. I could do anything I wanted, including asking my crew to tent an entire block with all the neighbors helping us. There were also different culture shocks. In Mexico, the actors are there with you when you are talking about the movie, planning the next shot and even talking about your next project. It’s more like you are a family making a movie together.” (Fisher, MovieMaker, 2007).

It may be this familial culture that has led Lubezki to collaborate extensively with many of the same directors over the course of his career. He has worked on four projects directed by Alejandro González Iñárritu, five films by Terrence Malick, and six films with Alfonso Cuarón. This extensive collaboration has resulted in strong relationships between Lubezki and these directors, allowing for more innovative filmmaking, as each person trusts the other. For Cuarón, Iñárritu, and Lubezki, this sense of understanding is increased by their long history together and by their shared experience working in the collaborative culture of the Mexican film industry. 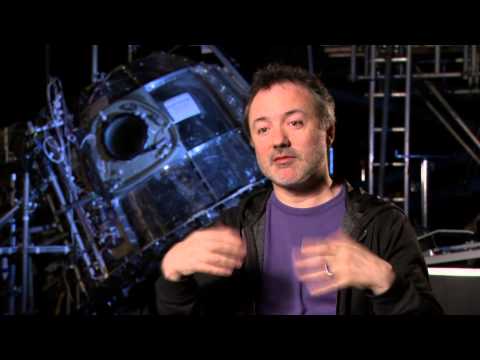 Part of Lubezki’s creativity has come from constraints during the filmmaking process. In the making of Gravity, Cuarón and Lubezki were unable to move the practical lights fast enough to mimic the lighting on someone spinning through space and were forced to invent their own “light box”. Actors were surrounded by a box of lights connected to a computer, allowing Cuarón and Lubezki to have complete control over the direction and speed of light once it was synced with the robotic camera mounts and the spinning body rigs.

Some of the constraints that helped define Lubezki’s artistic style were self-imposed. While Cuaron’s comedy-drama Y Tu Mamá También (2001) was the beginning of Lubezki’s preference for natural light, it was working with director Terrence Malick that cemented this preference for Lubezki. When making The New World (2005), a film about the arrival of the first European explorers to North America, Malick and Lubezki created a set of self-imposed filming guidelines. These included only using natural light, only using handheld cameras, emphasizing backlight, using a shallow depth of field, shooting in high resolution, and using a Steadicam for many shots. While this often created challenges, due to the contradictions found within some of these guidelines, it also enabled them to capture scenes in an innovative, natural way. Lubezki explains:

“For [Malick], the behavior of people, nature, even where the wind blows are all moments to capture. These are ‘happy accidents’ that can’t happen on the stage because you are always restricted to walls or props and to artificial light. Artificial light is simple. It is a specific color temperature and feel. But, natural light is complex and sometimes chaotic. A bounce from the floor or a reflection from the sky can do so much… The many elements and feelings that the natural environment and light evoked contributed to our desire to capture this story in a different way.” (Maher Jr., One Big Soul: An Oral History of Terrence Malick, 2015)

This preference for natural light, using the environment, and smooth, handheld shots can be seen in all of Lubezki’s films with Malick, such as in the visual masterpiece The Tree of Life. However, the “dogma” they developed would be a defining element of Lubezki’s cinematic style in many works with other directors.

When filming The Revenant, Mexican director Iñárritu and Lubezki chose to shoot entirely on location in the harsh wilderness of northern Canada and again only using natural light. This epic undertaking would not have been possible without Lubezki’s previous lighting experience, and the final product is a true work of art — a harshly realistic film that earned Lubezki his third consecutive Academy Award for Best Cinematography.

Besides his use of natural light, another of Lubezki’s trademarks is long, continuous shots, which partly stems from his experience with handhelds and Steadicams during his filmmaking in Mexico and his films with Malick. Some of his most iconic extended takes include a four minute shot from Cuarón’s Children of Men (2006), which involved moving the camera in and outside of a car during a chase scene, and the 17-minute opening shot of Gravity.

However, the film that best showcases Lubezki’s technical ability in terms of uninterrupted shots is Iñárritu’s Birdman (2014). Again, building on Lubezki’s experience with Steadicam and handhelds, this film combined several long takes together with editing and filming techniques to create the illusion of one continuous shot throughout the entire film.

Few cinematographers have a portfolio of work as stunning as that of Emmanuel Lubezki. Whether it is his complete control over natural light, his technical mastery of intricately complex, continuous shots, or the flowing motion of his Steadicam, Lubezki has developed a distinct style that sets him apart from all other filmmakers currently making movies. This, along with his record-breaking number of awards for cinematography, has elevated him to the status of a true cinematic artist.

As one of the greatest cinematographers of all time, Emmanuel Lubezki is a role model not only for Mexican filmmakers, but also for cinematographers everywhere — in years to come, we will look forward to more spectacular works by Lubezki, as well as by the countless filmmakers he will undoubtedly inspire.

Kieran Davey is a Canadian freelance film writer and a lover of cinema. Currently based in Panama, he has an admiration for beautiful cinematography and a special love for top 10 lists (film or otherwise). Some of his favorite movies include Fantastic Mr. Fox, Eternal Sunshine of a Spotless Mind, and Apocalypse Now.