Review: “Ten Years Taiwan” Reminds Us How Taiwan Has Problems Besides China

This anthology of five short films artistically illustrates the diversity of Taiwan's woes. 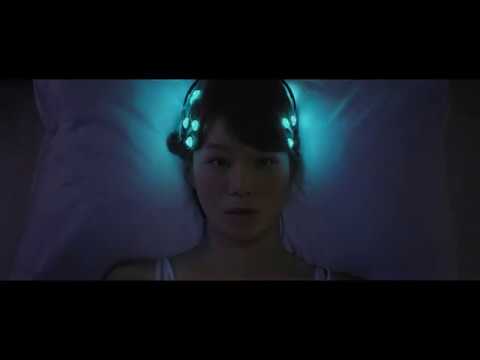 Given Ten Years Taiwan belongs to a franchise spawned by the renowned 2015 Hong Kong anthology Ten Years, I was initially surprised, and slightly disappointed, that it contained absolutely no references to Beijing’s designs over Taiwan. The original Ten Years held nothing back in skewering Beijing’s influence over Hong Kong, offering obvious allusions to the Umbrella Movement and controversial “national security” legislation.

Though Taiwan has an arguably freer media environment than Hong Kong, I have never seen a Taiwanese film criticize Beijing as directly as Hong Kong’s Ten Years did. I was expecting Ten Years Taiwan to break this trend but, alas, I am still waiting. Yet, maybe there’s no need for Ten Years Taiwan to serve that function—today’s Hong Kong already provides a dystopian mirror of what Taiwan might be like under Beijing’s rule, no film required.

Instead, Ten Years Taiwan reminds us that Taiwanese have plenty of more visceral socioeconomic issues to worry about, and that Taiwanese society contains an immense level of diversity that’s often ignored when people only see it through the lens of Chinese domination.

From Fractured Minds to Stark Reality

To this end, the anthology kicks off with “The Can of Anido” — an abstract short that reflects the fractured psyche of a Yami (Tao) aboriginal man living on Orchid Island, off Taiwan’s southeastern coast. As a storm looms, the man experiences traumatic visions of nuclear waste barrels washing up on the island’s shores. This trauma has basis in real life: Taiwan stores nuclear waste on Orchid Island, something the Yami (who lived on the island long before Han Chinese settlers came to Taiwan) have protested for decades. I assume that the idea for “The Can of Anido” probably came about amidst a wave of anti-nuclear activism several years back; interestingly, that wave has since lost momentum—resulting in the defeat of an anti-nuclear referendum last year.

The next short, “942,” takes the trippiness and trauma up another notch. In “942’s” dystopian future, a Taiwanese nurse working in Indonesia suffers repeated sexual assaults. The short then confusingly jumps through time to illustrate a converse scene from the present day, in which a Southeast Asian migrant worker experiences abuse in Taiwan. While “942” is commendable for being one of the few Taiwanese productions I’ve seen that address sexual assault head on, its message becomes muddled when it tries to tack on other social issues including LGBT rights and air pollution.

“Way Home” follows after, giving viewers a break from the abstract with a more grounded, but still bleak, look at life in rural Taiwan. In the short, a young man named Dong Yang traipses about with his group of delinquent friends, unwilling to move to Taipei for work. The short’s focus on marginalized Taiwanese echoes (in both plot and style) other films like 2017’s The Great Buddha+ and 2014’s The Rice Bomber, which also contain depressingly meditative depictions of rural existence. Altogether, “Way Home” is a reminder of how Taiwan, like other countries, has many citizens “left behind” in the wake of globalization—who may also elect populist candidates to “make their lives great again.”

Next comes Ten Years Taiwan‘s most amusing, least abstract, and least depressing short: “A Making Of.” The short opens on the set of a dumpling commercial, in which the client wants to recreate a Lunar New Year family reunion. There’s just one problem: because of Taiwan’s extremely low birth rate, they can’t find a baby to round out an idyllic family.

Hilarity ensues as the production crew tries calling a local hospital (whose OB-GYN unit closed down), pitching an alternative commercial that stars old people (there’s an excess of them), and finally going onto the streets to literally chase down any parent they can find (not easy).  “A Making Of” is the anthology’s strongest and most accessible short; millennials across the developed world will especially identify with one of its golden quotes — “I can’t even support myself, so why would I want a child to suffer with me?”

Ten Years Taiwan returns to the abstract in its last short, “The Sleep.” In a plot that feels like a mellower take on Satoshi Kon’s Paprika, a woman named Irene undergoes some form of sleep therapy using a strange machine; soon, reality starts blending with her nightmares.

If “The Sleep” contains social commentary, it’s not easy to glean. This makes it rather similar to the last short in Thailand’s member of the Ten Years franchise, which similarly features sleep machines. Given breadcrumbs like how Irene strokes a white cat named “Wan Wan” (彎彎, perhaps diminutive for Taiwan) in the final shot, and asking “why are you here” (as “Longing for the Spring Breeze” plays in the background)—perhaps “The Sleep” is an artistic reminder that, if Taiwanese choose to daydream instead of confront reality, they’ll be setting themselves up for nightmares.

Yes, Ten Years Taiwan doesn’t talk about China. However, this approach likely makes Ten Years Taiwan far more appealing to Taiwanese audiences, who seemed to eschew cross-strait relations for local concerns in recent elections. Furthermore, Ten Years Taiwan opens the possibility for international audiences to gain a more nuanced view of Taiwan beyond the cross-strait dynamic. Though certain shorts might get a bit jumbled or too abstract, the anthology contains a wealth of subtext and opportunities to learn about Taiwan that no other film provides.

For one, outside the shorts themselves, the diversity of filmmakers involved in Ten Years Taiwan reflects Taiwan’s shifting social composition and perceptions. To start, “The Can of Anido’s” director is Lekal Sumi Cilangasan, an Amis aborigine. Not only has aboriginal representation increased significantly in Taiwanese cinema over the past few years (thanks in part to features like Sumi Cilangasan’s Panay), but Taiwan is also reasserting its aboriginal roots to distinguish itself from China. Furthermore, Taiwanese-Filipino director Rina Tsou helmed “942,” while Taiwan-based Malaysian director Lau Kek-huat created “The Sleep”—perhaps reflecting Taiwan’s increasing embrace of Southeast Asia.

While Ten Years Taiwan might not offer much hope on-screen, perhaps the circumstances around its production—the diverse filmmakers, the fact that it could even be made to start with—offers a sign that hope is not yet lost in reality. Now, Taiwan must harness that hope and figure out how to keep dystopia firmly within the realm of fiction.

Ten Years Taiwan will screen across Taiwan between Jan 20, 2019 and Jan 25, 2019. Please refer to the film’s Facebook page or website for more info in Chinese; English details are available in this article.