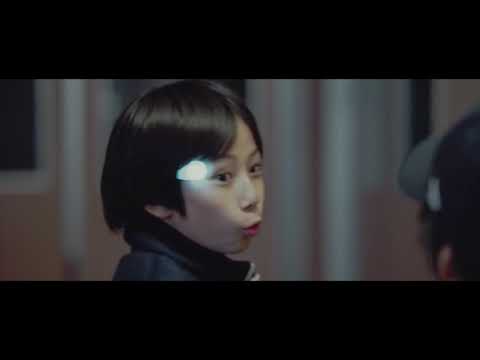 One of the most notable films that came out of Japan last year is Ten Years Japan, an anthology of five shorts that imagines Japan in 2028. If this format sounds familiar, that’s because Ten Years Japan is part of a pan-Asian franchise that started from 2015’s Ten Years—a hit indie Hong Kong film that imagined the city ten years into a dystopian future.

While Ten Years Japan shares the same structure as the original Ten Years, its issues are highly local. Executive Produced by acclaimed director Hirokazu Kore-eda (Shoplifters), each of the five shorts touches upon a topic plaguing modern Japanese society—aging, nuclear disaster, overbearing education, digital intrusion, and militarization—and takes them to the extreme.

“PLAN75” tackles Japan’s aging population. The short imagines a society in which the government has created a social welfare program called PLAN75—which euthanizes low-income, disabled seniors. In the short’s opening moments, a young civil servant explains and recommends the program to several seniors. However, things get complicated when his pregnant wife suggests signing up her mother, who has dementia. As he balances welcoming new life into his family against ending the lives of others, the civil servant contemplates the duality of life and death.

It’s appropriate how Ten Years Japan starts off with “PLAN75” given how much of an existential crisis aging is for contemporary Japan. As birth rates plummet and the elderly live longer, Japan’s economy is declining because there aren’t enough young workers to sustain its senior citizens. Furthermore, the lack of young people also exacerbates elder loneliness, a phenomenon that’s so prevalent in Japan that there’s an entire industry around cleaning up belongings of elderly citizens who die alone. “PLAN75” extends this anxiety into a harrowing premise: if old people are such a burden that Japanese have to pay others to clean their remains, find robot companions, and suffer economic contraction, why not instead pay the elderly to pass with dignity?

Education and technology mix in “Mischievous Alliance”, which takes place in a school where an artificial intelligence program named “Promise” monitors students. By absorbing and quantifying data from the students each day, “Promise” guides them on “ideal” career paths—but represses and discourages their individual dreams. While the schoolchildren initially act docile towards “Promise”,  they begin to disobey the AI when they learn the school’s pet horse might be euthanized.

All this provides an extreme extension of modern Japanese schools, which oftentimes reinforce collectivist ideals at the expense of creativity. The AI “Promise” embodies paternalistic and collectivist attitudes in trying to help students access their growth potential; while this may help shape a more stable society overall, it may also stifle children’s individuality and creative potential (including, ironically, their ability to create innovative tech products like AI).

In fact, like the students in “Mischievous Alliance”, many Japanese youth have begun to rebel against stifling societal expectations—for example by becoming “freeters” who eschew traditional career options, or hikikomori who completely withdraw from social life. This critique makes “Mischievous Alliance” not only resonant in Japan, but also for Asian countries like South Korea and China, where “pressure cooker environments” similarly result in depression, suicide, and rebellion against established societal norms.

In “Data”, a teenage girl named Maika learns about the life of her deceased mother through “digital inheritance”, in which she gains access to her mom’s past emails, photos, and phone contacts. When she looks through the data, Maika discovers a disturbing side of her mother. This forces Maika to question her relationship to and understanding of her mom.

“Data” poses a compelling question that’s all the more pertinent today: what happens when people pass on, but leave behind mountains of digital data? We remember the passwords of our current email and social media accounts, but what about older accounts? The blog post written four years ago, those college party pictures posted ten years ago, or that forgotten YouTube channel filled with old silly videos —what happens to them when their original owners are gone?

“The Air We Can’t See”, directed by Akiyo Fujimura

Ten Years Japan continues with “The Air We Can’t See”, which occurs in an underground facility that houses survivors of a calamitous disaster. A young girl in the facility grows curious and fantasizes continuously about the “world above”—longing to feel the sun and rain on her skin. Trapped between her worrying mother and her rebellious friend, the girl must decide how to manage her curiosities.

“The Air We Can’t See” echoes Japan’s national anxiety following the 2011 Tohoku earthquake, which triggered a nuclear plant meltdown in Fukushima. Immediately after Fukushima, Japan shut down many of its nuclear reactors due to public concern around nuclear safety. However, most are now reactivated (though not without protest) out of economic necessity—if Japan wants to grow its economy and build a more prosperous society for the future, it needs enough electricity.

This highlights how, like the girl in “The Air We Can’t See”, Japan must navigate between past traumas (as represented by the girl’s mother) and advancing towards the future (embodied by the girl’s rebellious friend). Through whimsical animations and the imagination of a young child, “The Air We Can’t See” paints this balance in terms that can touch everyday audiences’ hearts.

“For Our Beautiful Country”, directed by Kei Ishikawa

The anthology concludes with “For Our Beautiful Country”, which is set in a future where Japan has introduced military conscription. In the short, a young salaryman named Watanabe, who works for an advertising company, reluctantly visits a distinguished older designer to tell her that the Defense Ministry has rejected a recruitment poster that she designed. The two end up spending the day together, causing Watanabe to gain perspective on the impact of war on civilian life by learning about the designer’s own relationship with war.

Invoking Japan’s post-WWII national trauma, “For Our Beautiful Country” explores what life would be like if Japan, once again, started sending its citizens to war—a particularly timely theme. Besides announcing plans to introduce an aircraft carrier and increasing the defense budget, Japanese politicians have recently been pushing to revise Japan’s post-WWII pacifist constitution to allow offensive operations. Whereas several decades ago the prospect of conscription in Japan would seem laughable, today it’s less of a laughing matter. Through a combination of gentle world-building and subtle hints at WWII legacies, “For Our Beautiful Country” offers a silent critique of this drive towards militarization.

In the face of our own global dystopia—the insect apocalypse, wildfires in California, children’s obsession with technology—reality seems just as nightmarish as Ten Years Japan implies. However, in contrast to Hong Kong’s Ten Years’ bleak and dreadful future, Ten Years Japan has more hopeful undertones.

Without giving too much away, though their endings aren’t necessarily happy, none of the shorts in Ten Years Japan conclude on dark or negative notes. It’s also telling how every short presents a young protagonist alongside other older characters— a narrative technique that hints at the duality of a traumatic past and an uncertain future, and the capability for future generations to learn from that past. Furthermore, each of the youthful protagonists in Ten Years Japan overcomes, or at least finds some peace with, the traumas that shape their worlds. The protagonists discover and acknowledge problems in their lives, and look forward to a future with bittersweet optimism.

Ultimately, Ten Years Japan compels viewers to explore a better future. Even in the five dystopian realities it paints, life prevails by looking forward. While Japan has suffered many old traumas and is facing numerous social challenges, it can move past those challenges by investing into the future—the nation’s youth. Whereas Hong Kong’s Ten Years’ dystopia felt imminent, Ten Years Japan offers a vision of the future that could be averted, if the people of today make the right decisions for a better tomorrow.

Review: "Miss Sherlock" is a Fresh Take on Sherlock and Watson

Review: "Miss Sherlock" is a Fresh Take on Sherlock and Watson