Review: “Line Walker 2” Is an Action-packed Tour Around the World

Action takes priority over plot and drama, as Hong Kong police fight terrorists at home, in Myanmar, and in Spain.

Line Walker 2: Invisible Spy is the latest police movie sequel to hit Hong Kong theatres (after Chasing the Dragon 2 and White Storm 2 earlier this summer). The film follows the original Line Walker from 2016, which in turn was a spin-off from an eponymous TVB drama. In Line Walker 2, Officer Cheung Chun-yin (Louis Koo) from the police “security wing” partners up with Inspector Ching To (Nick Cheung) and Superintendent Yip Kwok-fan (Francis Ng) to track down an international terrorist syndicate that kidnaps children.

The movie begins with a flashback to an orphanage, where two boys compete over who can solve a Rubik’s cube faster. Later, as the boys play outside, terrorists kidnap one of them while the other manages to escape.

Decades later, in modern Hong Kong, a businessman rams into a group of pedestrians in the crowded Central District. As it turns out, he was being tracked by MIT graduate computer hacker Yiu Ho-yee (Jiang Peiyao), who suspected he had links to the terrorist kidnapping ring. Ching rescues her from an assassin, and brings her in for questioning. At the same time, the Hong Kong Police realizes that there is a mole in their midst, but no one is quite sure who it is.

While the film has a multi-threaded and winding start, things get more straightforward when the protagonists heads to Myanmar to recover a hard drive with files on the terrorist group. It’s worth noting that Line Walker 2 was actually shot on-location in Yangon, given Myanmar rarely gets much global cinematic exposure. Given that Burmese police are portrayed as elite, professional operators, it’s unsurprising that the local government was eager to support the film.

Shootouts and explosions ensue, plunging the streets of Yangon into chaos as terrorists duke it out with Burmese police and our Hong Kong heroes. The action eventually heads back to Hong Kong, where the terrorists deploy smoke grenades and thermal imaging rifle scopes. The fight ultimately leads to Spain—with an action-packed chase through the running of the bulls.

“A Mission: Impossible Film Made by Hongkongers”

Throughout all the shooting, Cheung, Ching, and Yip try to figure out who among the trio is actually the terrorists’ mole. However, plot takes a backseat to action in Line Walker 2—the story merely existing to provide some context for shootouts and car chases. In an interview with SCMP, director Jazz Boon said that he wanted Line Walker 2 to be “a Mission: Impossible film made by Hongkongers.”

Indeed, the focus on action is where Line Walker 2 differs from many other Hong Kong police dramas. Classics like Infernal Affairs or more contemporary franchises like the Letter-Storm series either let the drama between characters or the mystery of the plot drive the movie. Line Walker 2 flips this idea on its head, instead letting the action drive the plot. The plot provides no reason why our heroes need to take to the streets of Yangon and Pamplona—leaving the likely reason as to show off the Burmese police force, and have a probably CGI-ed bull impale some people.

That said, letting the action lead doesn’t make Line Walker 2 a bad movie. After all, numerous American action movies are known for playing fast and loose with the plot in order to let explosions and guns (or Megan Fox) shine. Those of us used to watching big-budget Hollywood action flicks might even expect a less distracting story so we can focus on watching bullets fly. Line Walker 2 heads down a different direction than other Hong Kong police movies—it’s more action than drama.

Line Walker 2 is out in theaters across Asia. The film will be available in US theaters on August 16th. 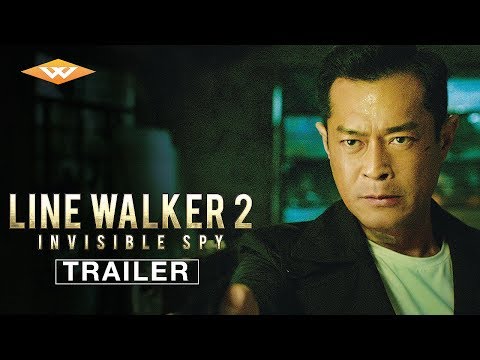