What were you doing in secondary school? Most of you were probably studying, playing video games, or working up the courage to talk to your crush. In 1950, South Korean students were either volunteering or being drafted into the Korean War, to fight against a North Korean invasion. Battle of Jangsari highlights the role that a company of student soldiers played in enabling the Incheon beach landings, by diverting North Korean military attention to Jangsari beach. Jangsari isn’t the first Korean movie to feature student soldiers (2010 hit 71: Into the Fire owns that honor) but it does tell a story of a battle that was previously hidden under the covers of national security.

The film opens aboard a troop transport ship sending the student soldiers and their adult non-commissioned officers and their leader, Captain Lee Myung-joon (Kim Myung-min), to the front. Most of the attention focuses on the students, who, despite carrying loaded rifles and knowing that they are about to enter combat, act like what you’d expect teenage boys to be like: One soldier, Ki Ha-ryun (Kim Sung-cheol), banters about how many girls gave him well-wishes before he left. Some more mature boys (and these really are just boys) try to make sure everyone knows how to keep their rations dry as they wade onto the beach.

Reality quickly takes over as the ship’s crew have to secure ropes to help guide the student soldiers to shore, since they can’t swim. One of the student squad leaders, Choi Sung-pil (Choi Min-ho), volunteers to help the adults with this effort. He’s fortunate to survive the operation—machine gun fire kills the adult team members. The rest of the student soldiers start to make their way ashore, but the same machine gun fire leaves many of them dead in the water in a scene reminiscent of the Normandy landing from Saving Private Ryan.

The student soldiers panic, hiding behind whatever cover they can while crying for their mothers. Some of the adult leaders take charge and they successfully secure a beachhead, though with much loss of both life and innocence.

The loss of innocence is core to the Battle of Jangsari. When the students first embark on their journey to war, they’re little more than innocent teenagers with interests and problems not unlike those that we might have had in our adolescence. After witnessing death for the first time, they’re wrenched from their comfort and free-spirited nature, faced with the harsh realities of war. It’s not just seeing death that shakes their innocence—it’s also the taking of life. One of the soldiers hesitates before sniping a machine gunner from afar. He later comes across the corpse of the North Korean soldier he shot, only to find that this soldier had a family just as he does.

In fact, there’s a recurring theme throughout Jangsari that North or South, all Koreans have more similarities than differences. For example, another soldier finds out his cousin is actually fighting on the Northern side—the South Korean soldier captures his cousin as a prisoner of war, but hesitates when other members of his squad want to execute the North Korean prisoners. While some characters from the South talk about “killing commies”, others struggle with the fact that some of the soldiers from the North are basically the same age as they are, and in a similar situation.

The latter half of Jangsari offers more action than personal drama, like any good war movie must. But like all good war movies, Jangsari focuses its intensity in personal drama among the soldiers whose stories it tells, rather than the explosions it features. Megan Fox makes appearances throughout the film as a journalist (based on the real life journalist Maggie Higgens) who tries to prevent the US military from abandoning the student soldiers, but despite her stardom in the US, her role in Jangsari is actually quite limited. The real stars of the movie are the student soldiers themselves, who learn the meaning of sacrifice as they give up their own lives to save those of their comrades in arms.

While on the surface Jangsari is “just another war movie,” it’s important because it recognizes that adolescents can rise to the task when their families and futures are threatened. From the student soldiers of the Korean War to the student protests of the 1987 Democracy movement, adolescents have proven themselves time and time again to be capable of much more than cheesy teenage rom-coms would give them credit for. Jangsari doesn’t offer much innovation in the war movie genre, but it does pay homage to a previously-unknown story of heroism on the part of Korean teenagers in their defense of the peninsula. 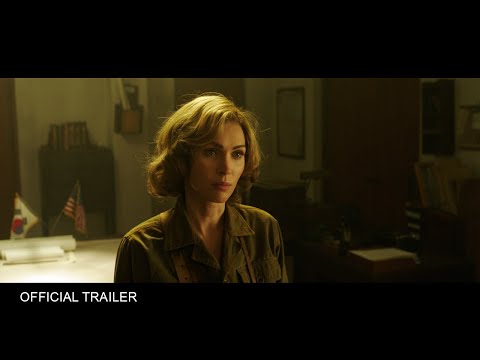 Battle of Jangsari is currently screening in select US theaters.

Review: "The Great Battle" is an Action-Packed Dramatization of a Famous Korean Battle

Review: "The Great Battle" is an Action-Packed Dramatization of a Famous Korean Battle