The Ip Man movie series, based on the titular protagonist’s real life, concludes with Ip Man 4: The Finale. The series finale largely takes place in San Francisco, where Ip Man grapples with Chinatown’s leaders and racism from white Americans hostile to an increasing Chinese immigrant population. While the film’s events are ostensibly set in the 1960s, Ip Man 4 captures the zeitgeist of the “yellow peril” that’s swept across a contemporary America threatened by the economic and geopolitical rise of the People’s Republic of China.

The film opens with Ip Man receiving an invitation from his pupil Bruce Lee to visit San Francisco. While initially reluctant, Ip Man ultimately decides to visit the US in order to find a school for his troubled son. Upon arrival, he works to secure a recommendation letter from the Chinese Benevolent Association (who govern Chinatown) so his son can attend a white-majority private school.

Things don’t go over smoothly, however. The Chinese Benevolent Association is run by a group of kung fu masters who are opposed to Bruce Lee teaching “foreigners” Chinese martial arts. They ask Ip Man to stop his former pupil from continuing doing so, but he’s reluctant to help— “why shouldn’t we spread Chinese culture?” he asks them.

As it turns out, some Americans aren’t very receptive to spreading Chinese culture. The daughter of the Chinese Benevolent Association’s chairman, Yonah, defeats white girl Becky in a competition for the role of her high school’s lead cheerleader. The white girl calls her a “yellow monkey” and tells her to “go back to Asia”—to which Yonah retorts, “the [American] Indians are the only real Americans.” This reply is uncannily timely, given China’s recent criticism of America’s track record on Native Americans.

White Americans’ attitudes towards immigrants are put on full display in Ip Man 4, not unlike in Cinemax’s 19th-century Warrior.

It turns out that Becky’s father is an enforcer for the American Immigration and Customs Enforcement agency. After he finds out about Becky and her friends’ unceremonious defeat at the hands of a Chinaman, he leads his ICE agents to round up and deport the leaders of the Chinese Benevolent Association, claiming they facilitated illegal immigration.

However, it’s the ultimate embrace of diversity on the part of Chinese characters that stands out in Ip Man 4 rather than blatant displays of racism by white Americans. Bruce Lee sets an example by teaching students kung fu without regard for their ethnicity, and Ip Man helps Yonah explore her dual identity as a Chinese-American despite her father’s conservative “Chinese-first” parenting. While contemporary China has certainly stumbled at times with racial diversity, Beijing is keen on being perceived as welcoming to foreigners of all ethnicities.

While Ip Man 4 is ostensibly a kung fu movie, and Donnie Yen has plenty of opportunities to show off wing chun skills, the film veers strongly towards stoking Chinese nationalism rather than fulfilling Street Fighter fantasies. The first major fight scene sees Bruce Lee trounce a group of white karate students who look down on Chinese martial arts. In a later scene, Ip Man handily defeats a group of high school hockey players who assault Yonah.

Oddly enough, the Japanese martial art karate is a recurrent theme throughout the film. One of Bruce Lee’s students, Marine Staff Sergeant Hartmann, tries to introduce wing chun to the US Marine Corps. His red-blooded American superior is staunchly opposed however, declaring the supremacy of karate over Chinese martial arts. While Ip Man 4 is largely “white man vs. Chinaman”, the white antagonists end up employing a Japanese martial art to combat Chinese protagonists—perhaps an allusion to how the US uses its Asian allies like Japan and South Korea as proxy states to keep China in check.

Ip Man 4 carries a common thread from prior Ip Man movies and other prominent contemporary kung fu films such as Fearless: the idea of avenging China’s “national humiliation.”

The period after the Opium Wars, when Western imperial powers and Japan began to colonize China, is known in China as the “century of humiliation.” Some Chinese kung fu movies from the past two decades used martial arts as a vehicle to defeat metaphorical foreign antagonists who would look down on people of Chinese descent. This Chinese victory would ultimately represent a “national rejuvenation,” a catchphrase coined by Chinese President Xi Jinping that stands starkly in contrast with the national humiliation of the pre-Communist era.

In that sense, Ip Man 4 is a public relations gift for Beijing.

Despite Beijing’s best efforts, movies like Wolf Warrior and Operation Red Sea haven’t gained the global commercial success of Hollywood blockbusters, and Chinese state media hasn’t gained much overseas reception either. While Ip Man 4 hails from Hong Kong, a part of China doesn’t exactly look up to Beijing, it certainly delivers a strong dose of Chinese pride. But most importantly, the film’s propensity for broader commercial success will ensure that dose of pride reaches audiences far and wide—whether Asian diaspora deprived of representation in Anglophone cinema, or closer to home in the Greater China region. 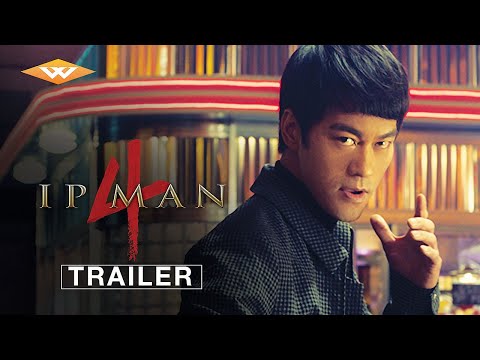 Review: "The Climbers" Is a Birthday Present for the People's Republic of China's 70th Birthday

Review: "The Climbers" Is a Birthday Present for the People's Republic of China's 70th Birthday