Review: “Zindagi Tamasha” Tells Tale of Woe that Revolves Around Conservatism and Intolerance

After winning the Kim Ji-Seok award at the 2019 Busan International Film Festival, Zindagi Tamasha (Circus of Life) was set to release in Pakistan during January 2020. However, asserting claims of anti-Islamic content, Pakistan’s government postponed screenings so the Council of Islamic Ideology could review the movie. Director Sarmand Khoosat received death threats from religious conservatives, and COVID-19 further delayed the film’s release. Despite these obstacles, Zindagi Tamasha is now Pakistan’s official entry to the 2021 Oscars. Why has this film created such outcry? And is this level of controversy commensurate to the film’s actual impact?

Set in present-day Lahore, Pakistan, Zindagi Tamasha centers around protagonist Rahat Khawaja (Arif Hassan), a devout Muslim landowner who doubles as a poet. He sings hymns in praise of the Prophet, and has achieved something akin to celebrity status in his town. Despite his ailing wife and antagonistic daughter, all is well for Rahat—until he attends the wedding of a friend’s son. There, encouraged by his friends, Rahat dances to a musical number colloquially known as an “item song.” This video goes viral, and Rahat quickly faces censure from his community for his “indecent” dance performance. The criticism ranges from memes on Facebook to active exclusion from events. Eventually, Rahat is reduced to a pariah in a society that once exalted him—even facing backlash from his daughter, who berates him for acting “beneath his station.” Rahat’s wife, Farkhanda (Samiya Mumtaz), becomes his only remaining ally.

Director Khoosat’s real life journey is eerily similar to Rahat’s in Zindagi Tamasha. Religious extremists especially objected to the film’s the portrayal of a cleric, who allegedly ignores child sex abuse in the seminary. From death threats to a thwarted release, Khoosat faced ostracism for these artistic choices, though he did not intend to make a controversial film. In an ironic twist, the movie’s titular lyrics “zindagi tamasha bani/ duniya da haasa bani” (“My life has become a sad spectacle/ no more than mere amusement for the world”) are an accurate representation for Khoosat and Rahat alike. Both director and character contemplate creating an apology video in an attempt to end the harassment, and the audience is left pondering the exact nature of their crime.

Zindagi Tamasha has a run-time of 138 minutes, and would have told a far tighter story if it had closed at the two-hour mark. The audience almost forgets the initial point as scene after scene extends unnecessarily, resulting in a loss of otherwise effective social commentary. Several interesting subplots, such as corruption in the seminary, are introduced and consequently abandoned. Though the dreary sets and soulful music underscore each new travail cast Rahat’s way, they also accentuate the film’s tedium.

Despite its inordinate length, the movie has noteworthy moments. It explores the theme of intolerance in interesting ways, both through Rahat’s actions and those directed towards him. The film effectively communicates Rahat’s ostracisms through the lens of tradition, for example when neighbors coldly reject his offerings of food during Eid. In spite of bearing the brunt of such casual cruelty, Rahat does not possess any empathy for other mistreated individuals. He makes several disparaging remarks about transgender and homosexual people, going so far as to report them for “obscene” behavior. This hypocrisy highlights the nuances of intolerance: it can take the form of outright abuse, or manifest itself as ignorance.

Though Zindagi Tamasha makes a valiant effort, much of this commentary is lost in the noise of extraneous artistry and slow pacing. The film adds to its own ennui with its failure to be outspoken in its critique of religious conservatism in Pakistan; the country’s very foundations lie in an amalgamation of religion and nationalism. This blend has birthed a“religious right” sect of intolerance and extremism, whose ideas have gained increasing appeal over the past few years. Vigilante justice is rearing an ugly head as a result, with acts of violence all conducted in the name of religion.

However, Zindagi Tamasha falls flat in its portrayal of religious extremism’s severe consequences. Though Rahat faces ostracism and humiliation, the film’s narrative lassitude makes his struggle seem almost too peaceful. At the end, audiences may leave feeling that the real-life drama surrounding Zindagi Tamasha was more exciting than the film itself. 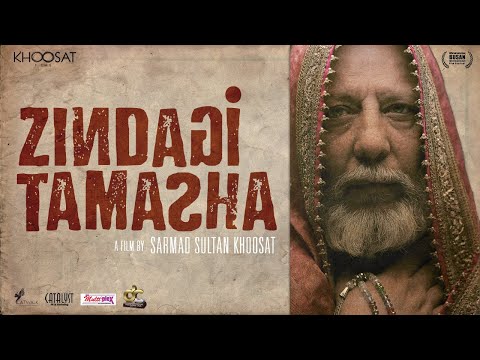