Bollywood film "Article 15" displays a sobering perspective on casteism’s persistence despite the law banning it, but leans heavily into its savior complex.

Recently, the death of George Floyd in the US sparked protests against systemic racism, under the slogan #BlackLivesMatter. People all over the world banded together to protest against racism, carrying a message: equality under the law cannot exist while we ignore those our institutions marginalize. Our biases are as complex and embedded as these institutions themselves, meaning that racism—and other forms of discrimination—require action from all of us to fix. Given this, we’d like to highlight an Indian film that focuses on increasing our understanding of the victims of prejudice within a broken system: Article 15.

The film, named after India’s anti-discrimination act, follows Ayan Ranjan, a well-educated Delhi police superintendent who is posted in the rural village of Lalgaon. The villagers are mostly Dalits, also known as Untouchables, the lowest caste in India’s caste system. Many Hindus consider Dalits impure, and relegate them to “dirty” tasks such as drain cleaning and scavenging waste. Dalits face danger from casteism, and may continue to face discrimination even outside of India.

The Lalgaon Dalits suffer from discrimination that stems from the caste divide. Police officers refuse to drink the same water as Dalits, and fear the shadows of Dalits falling upon them. Ranjan’s officers also discard the villagers’ reports of three teenage girls going missing, claiming that their children run away all the time. When the villagers find the lynched corpses of two of the girls, the police still try to close the case quickly and abandon attempts to search for the third girl.

An “us and them” mentality trickles into every interaction in Article 15. Seemingly obvious decisions become difficult when power dynamics depend on group unity. For example, a group of Lalgaon Dalit freedom fighters institute a strike against the government and police in retaliation to how they’re treated. When Ranjan asks them for help to find the missing Dalit girl, they’re intially resistant to break their strike to allow villagers to help him. When Ranjan convinces them to help, the freedom fighters worry that their unity will weaken. The Dalits’ lack of power puts the freedom fighters in a lose-lose situation, and forces them to choose between a life and fighting for representation.

Article 15 forces the audience to confront their beliefs about anti-Dalit injustices through Ranjan’s eyes. Like many from the film’s target audience of socioeconomically advantaged Indians, he has no firsthand experience of casteism, and complains about the villagers’ backwards thinking. Ranjan then comments that the villagers look at him as a British imperialist, to which his local colleague responds “to them, you are.” This is a thinly-veiled reference to the British Raj’s divide-and-rule strategy of fomenting division between different religious and cultural communities. India is perpetuating the same pattern between the upper castes and Dalits, the film warns.

Laws are Powerless Without People

Ranjan rejects casteism and is determined to return the missing girl to her family and punish those responsible. The powerful ingroups rear their heads once again, silencing those trying  to defy the majority. Medical examiners lie about their findings, and in an acknowledgement of gender discrimination in India, discredit and silence the only female doctor willing to testify that the murdered girls were raped. Even Ranjan’s own police force tries to convince him to stop his investigation and threaten villagers to not cooperate.

Frustrated, Ranjan tacks Article 15 of the Indian Constitution (which forbids discrimination based on religion, race, caste, sex, or place of birth) to the police notice board. He implores his fellow police officers to confront their illegal discriminatory actions, and their reactions range from realization to annoyance at their idealistic chief. Tradition and law are in direct conflict. To the audience, the message of the film is clear: the law is meaningless when people do not internalize and uphold it.

Article 15 tries to inspire its viewers to combat casteism, by demonstrating that it’s a multifaceted problem that requires everyone’s commitment. Ranjan is the best example of this. He begins the film frustrated that his wife Aditi (Isha Talwar) wants him to be an activist hero. She retorts that she just wants him to be “someone that doesn’t wait for a hero.” This line speaks directly to the audience: a change in national mindset requires work from everyone, not just a single person. However, Ranjan becomes the sole driver of change, making it seem like a hero was necessary after all. This creates a conflicting message of what the film expects its audience to do.

As Ranjan becomes the dominant moral force of the film, other characters’ stories are displaced. The film’s well-characterized Dalit freedom fighters lose their spotlight as Article 15 focuses increasingly on Ranjan’s investigation as the plot progresses. In an ironic move for a film that critiques the unequal status of women, the movie relegates Aditi to a weak and minimal role of supporting Ranjan. Article 15 falls prey to the same problematic hero-focused thinking it seeks to dismantle.

This confusing message is a blemish in this otherwise powerful film. Article 15 still succeeds at reminding urban India about the remnants of the caste system. It educates its audience on the complex power dynamics of systemic discrimination. Its harrowing depiction of the treatment of “the other” induces a visceral reaction in its audience, amplified by the fact that its story is based on real events. The film’s core message resonates with that of protests worldwide: the letter of the law alone cannot make people equal; true equality and justice requires all individuals to stand for the oppressed. 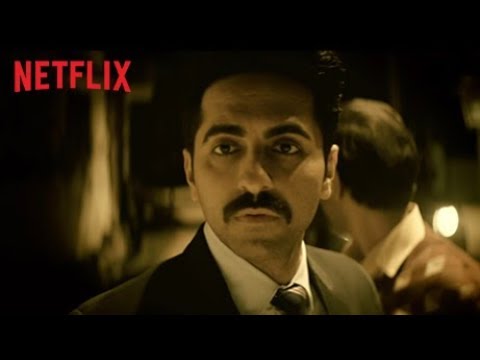 Article 15 is available to stream on Netflix.