Between 1940 and 1944, Hungary fought on the Axis side of World War II. Hundreds of thousands of Hungarian soldiers were sent to the Eastern front to support German troops, and some participated in atrocities against civilians in occupied Soviet territories. No films of international repute have explored this dark side of Hungarian history—until now.

Winner of the 2021 Berlin International Film Festival’s Silver Bear for Best Director, Natural Light offers a languid, haunting examination of a Hungarian soldier’s complicity in an Eastern Front war crime. The movie is adapted from a short selection of an eponymous novel by writer Pál Závada, and set across a few days in 1943. Despite its martial premise and seeming historical significance though, Natural Light will appeal far more to hardcore art film buffs than historians or war movie aficionados.

Natural Light opens in a dark, icy forest, where Hungarian soldiers on the hunt for Soviet partisans trudge through muddy paths and expropriate food from civilians along the way. Among these soldiers is Corporal Istvan Semetka, a laconic soul whose passionless facial expressions mirror his lack of appetite for violence. At first, Semetka mainly plays the role of witness. He lags behind on patrols while staring into the distance, and occasionally snaps photos at other soldiers’ request.

However, when partisans kill his unit commander in an ambush, Semetka gets thrust into temporary command—a role he assumes with such a degree of exhausted resignation that it’s hard to tell whether he’s capable of calling any shots. When a new detachment of soldiers arrives to help Semetka’s unit root out the partisans using brutal methods, Semetka’s status as a silent bystander slides into complicity.

Given Desmond Tutu’s famous line around neutrality being equivalent to siding with the oppressor has been at the forefront of Western liberal elite discourse lately, it’s no surprise that Natural Light caught the attention of film festival jurors. It also helps that the film has competent cinematography and sound design, with consistently muted colors and ample silence serving to accentuate Semetka’s dance between complicit perpetrator and traumatized witness.

Against these strengths, Natural Light exhibits one major flaw: agonizingly glacial pacing. This is likely intentional, to convey Semetka’s gradual immersion into moral muck, but it forces audiences to sit around for over an hour before receiving any dramatic payoff. Even when that payoff arrives, it doesn’t feel climactic enough to justify the wait. Fans of art house slow cinema—perhaps the type of people likely to sit on festival juries—will relish all of this. Other audiences, be they historians or war movie genre fans, will find Natural Light harder to digest though.

This contrasts with other war films, most notably Come and See—the renowned 1985 Belarusian classic that also focuses on Eastern Front atrocities, albeit from a Soviet victim’s perspective. It’s an apt comparison because Natural Light pays homage to Come and See through both its bleak cinematic style and war atrocity substance.

While both films are more “artistic” than your average Hollywood blockbuster, Come and See is far more innovative and accessible than Natural Light. Even if Natural Light demonstrates competent film technique, it doesn’t break new ground like Come and See—whose use of screeching, droning sounds and wayward camera movements weren’t only artistic flourishes, but also methods that made its characters’ trauma more obvious to layperson viewers. This lack of broader resonance means Natural Light will likely not contribute to historiography and global cultural memory of WWII to the same degree that Come and See did, at least outside of Hungary.

Even if it may not enjoy broad appeal, Natural Light still feels like a victory for Hungarian cinema, which has been on a roll since 2015’s Son of Saul won the Best Foreign Film Oscar. Natural Light will likely go on to please more cinephiles staffing festival juries, and hopefully build more awareness around a part of history that’s relatively overlooked in Anglophone discourse. More importantly: perhaps the film’s very existence, and overt acknowledgement of Hungarian atrocities during WWII, will spark valuable discourse in Hungary’s sociopolitical landscape—where historical memory has become increasingly fraught with the rise of Viktor Orban’s “illiberal democratic” government. 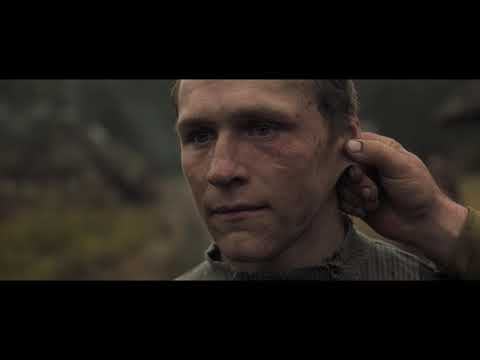 This film is part of Cinema Escapist‘s coverage of the 2021 Berlin International Film Festival.