Check out 10 of the best Japanese WWII movies. Learn about World War II from a different perspective! 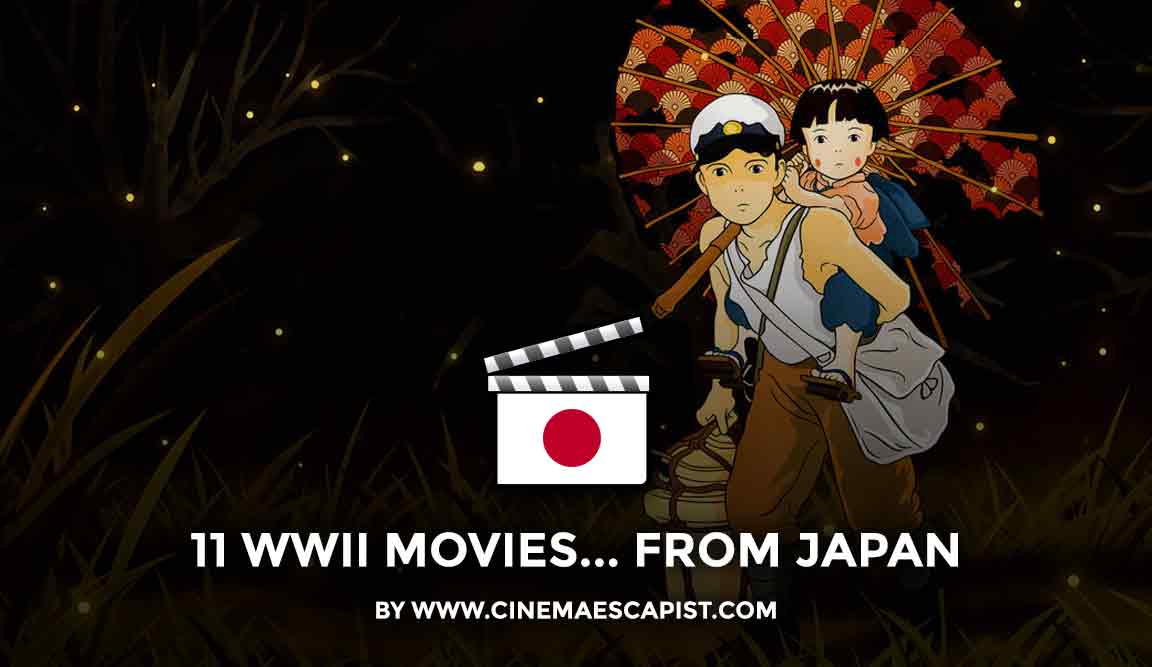 Want to learn more about World War II from a different angle? Well, there are quite a few Japanese WWII movies, which depict the war from Japan’s perspective.

I’m not just talking about Letters from Iwo Jima or Tora! Tora! Tora! — which were American co-productions. Beyond those two excellent movies, there’s a plethora of Japanese WWII movies made by Japanese studios, primarily for Japanese audiences.

Besides being more directly reflective of Japan’s public discourse, these Japanese-made WWII movies cover an even wider range of topics than American co-productions. After all, Japan wasn’t just fighting against America during WWII — it invaded China, fought the Soviet Union, and suffered greatly on the home front near the war’s end.

Interested in learning more? Check out this list of eleven WWII movies from the Japanese perspective. With this list, I’ve tried to include a broad selection of time ranges, settings, and military branches (Navy, Army, Air Force). Read on!

11. In This Corner of the World 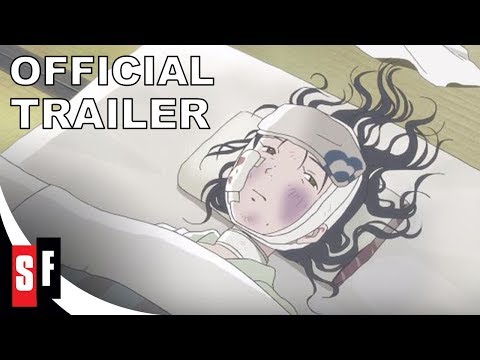 Kicking off our list is In This Corner of the World, which is probably the most popular Japanese film of 2016. This movie exclusively depicts the home front, through the lens of a young woman’s coming-of-age. Though it has some scenes before and after WWII, it primarily focuses on 1944-45 and depicts scenes from the cities of Kure (home to a large naval base) and Hiroshima.

Simply put, this movie is beautiful. It’s made by MAPPA, a major animation studio responsible for evocative anime like Kids on the Slope. Every frame feels like an intricate watercolor. If you want both cinematic quality, great storyline, and historical value, In This Corner of the World offers all three at once.

Find In This Corner of the World on Amazon

Year released: 2013 | Japanese title: 風立ちぬ (Kaze Tachinu)
Interested in learning the backstory behind Japan’s famed Zero fighter? The Wind Rises is a highly acclaimed film from the world-renowned Studio Ghibli (My Neighbor Totoro, Spirited Away, etc.) about Jiro Horikoshi — the guy who designed the Zero.

Honestly, if I were to re-title the movie, it might be “Jiro dreams of airplanes” (no, not sushi). With wistfully beautiful animation, The Wind Rises chronicles Horikoshi’s life from 1918 to 1945.

Even though The Wind Rises was a massive commercial success, it did generate some criticism in Japan, especially from the political right. The film has a decidedly anti-militarist message; it admires the Zero’s beauty but laments its usage in war. Furthermore, director Hayao Miyazaki expressed his pacifist views in an interview about the movie, chastising Japan’s militarists for their “foolish arrogance” and assailing the Shinzo Abe government for trying to revise Japan’s pacifist constitution.

Find The Wind Rises on Amazon 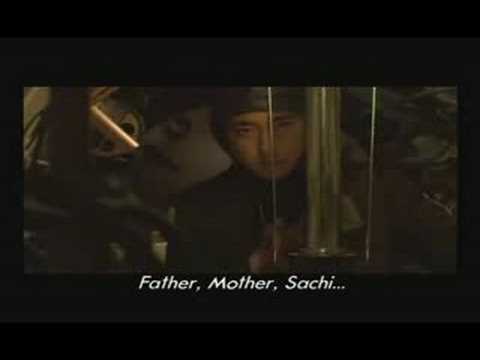 Year released: 2006 | Japanese title: 出口のない海 (Deguchi No Nai Umi)
Well, it’s not just Germany, America, and Russia that make submarine movies — Japan has got one too. Sea Without Exit tells a story about the Imperial Japanese Navy’s kaiten program.

What’s the kaiten program, you might ask? Well, the kaiten were basically submarine kamikazes, or human torpedoes the IJN resorted to in WWII’s final stages.

In Sea Without Exit, main character Koji Namiki is a university baseball player who’s drafted to become a kaiten operator. The film depicts his training and youthful exploits, providing a good human perspective on war. However, if you’re looking for combat, Sea Without Exit doesn’t have too much. Nevertheless, it is a dedicated, thoughtful, and rare portrayal of one of WWII Japan’s lesser known suicide weapon programs.

Find Sea Without Exit on Amazon 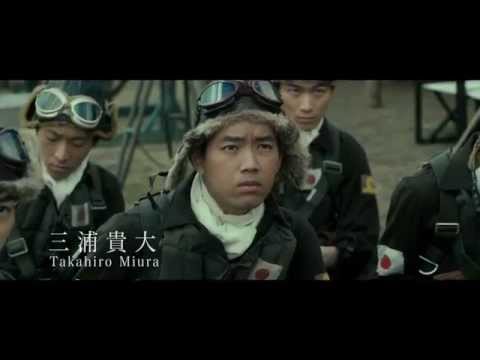 Year released: 2013 | Japanese title: 永遠の0 (Eien no Zero)
First off — if you want to dive into the gritty details of this movie, check out the review I wrote for it a little while back. TL;DR — if you’re an aviation geek, then The Eternal Zero is worth a watch.

>As you might guess, the movie focuses on Japan’s famed Zero fighter. The movie starts off in the present day, with a Japanese man trying to learn more about his grandfather Kyuzo Miyabe, who died as a kamikaze pilot in WWII. We’re then taken back to Kyuzo Miyabe’s life in 1941, and see him and his pilot comrades fight through the Battle of Midway, Bombing on Rabaul, and beyond.

Find The Eternal Zero on Amazon 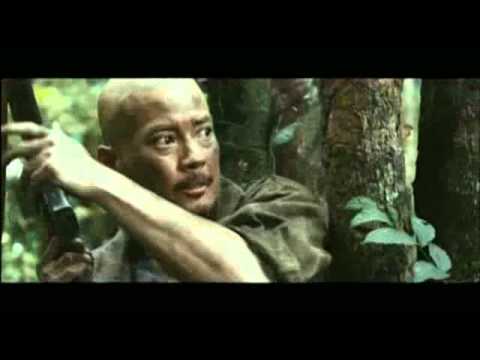 Nope, this isn’t that Tom Cruise film where he suddenly becomes Japanese. Oba, The Last Samurai is based on the true story of Captain Sakae Oba, who’s famous for holding out on the island of Saipan for 512 days, past Japan’s surrender.

Interestingly, the screenplay is adapted from a book of the same name by Don Jones, a former US Marine who fought on Saipan. Fascinated by Oba’s story, Jones actually got in touch with Oba; the two collaborated to produce the book.

Japanese holdouts are one of the most distinctive phenomena of WWII, and this is probably the only feature film out there that depicts them. 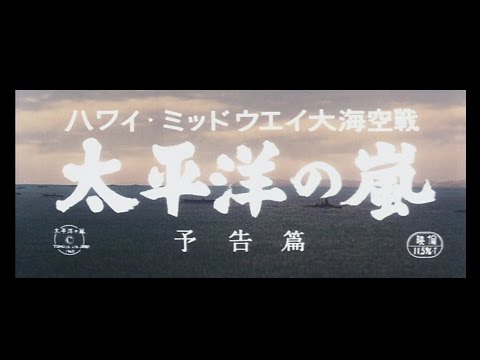 Year released : 1960 | Japanese title: ハワイ・ミッドウェイ大海空戦 太平洋の嵐 (Hawai Middouei daikaikusen: Taiheiyo no arashi, literally “Hawaii-Midway Battle of the Sea and Sky: Storm in the Pacific Ocean”)
Want to see the Battle of Midway from the Japanese perspective? Storm Over the Pacific will give you an opportunity to do that. It’s a bit old, but it’s one of the best-regarded depictions of Midway from the Japanese side.

The main character in Storm Over the Pacific is Lt. Koji Kitami. Kitami is a bombardier aboard the Japanese aircraft carrier Hiryu. The movie actually shows both Pearl Harbor and Midway, since Hiryu participated in both.

Find Storm Over the Pacific on Amazon 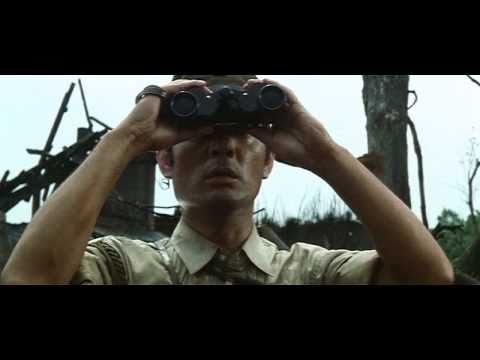 Year released: 1971 | Japanese title: 激動の昭和史 沖縄決戦 (Gekidō no Shōwashi: Okinawa Kesse)
Naturally, 1971’s Battle of Okinawa depicts the Battle of Okinawa. At two and a half hours, the film offers a rather detailed account of the battle.

Perhaps due to budget constraints, the Americans aren’t really shown in this movie. This makes it pretty unique compared to something like Tora! Tora! Tora! or Letters from Iwo Jima.

Additionally, the movie shows details like suicides from an unfiltered, purely Japanese perspective. What’s more is how Battle of Okinawa pretty accurately shows some of the interplay between the different commanders during the battle, including General Mitsuru Ushijima.

Find Battle of Okinawa on Amazon 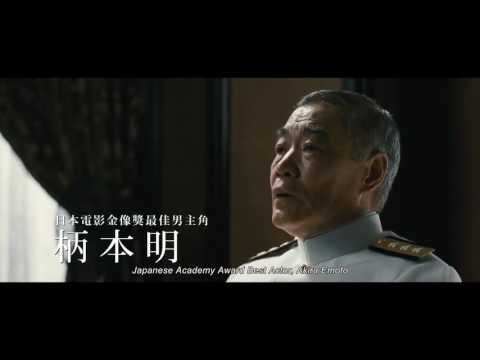 strong>Year released: 2011 | Japanese title: 山本五十六 (Isoroku)
For those of you who don’t know, or are more familiar with the European theater: Admiral Isoroku Yamamoto is a bit like Japan’s version of Erwin Rommel. Yamamoto was the commander of the Imperial Japanese Navy’s Combined Fleet, which conducted the attack on Pearl Harbor. The 2011 film Isoroku (also known as The Admiral) is based on his story.

Though he’s known for planning Pearl Harbor, Yamamoto actually opposed war against the United States. He studied at Harvard, was a naval attache in Washington, and spoke fluent English; this experiences led him to believe war against the US would be disastrous for Japan. Unfortunately, others in Japan’s government overruled his views, and he then put his strategic prowess to work on the Pearl Harbor attack.

This movie provides a relatively nuanced view of Yamamoto’s life. It shows his family environment, his grapplings with those in Japan who wanted war in the US, and his strategic preparations for Pearl Harbor. 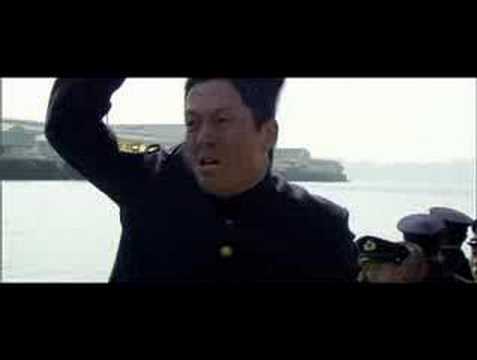 The movie Yamato gets its name from the battleship Yamato. If you don’t already know, the Yamato was the biggest battleship ever built (well OK, it had a sister ship).

Unfortunately for Japan, Yamato‘s huge size made it a very attractive target for the US Navy. Yamato (the movie) depicts the story of a group of young sailors on the battleship. It focuses heavily on the battleship’s final days during Operation Ten-Go.

During Operation Ten-Go, the Americans sent 11 aircraft carriers and their air wings after the Yamato and sank it (spoiler, but not really). Yamato (the movie) has some really intense combat scenes but also balances it out with a stirring portrayal of the home front. If you want to learn more about this film, check out our review!

2. Grave of the Fireflies 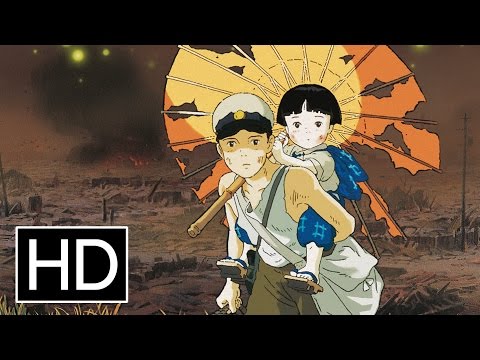 Here’s another Studio Ghibli movie that you might’ve already heard of. Grave of the Fireflies is one of the most famous Ghibli films out there... for good reason. It offers an artistic — but really bleak — view on how WWII affected civilians in Japan. Fair warning: this is a really sad movie. Really, really sad.

Why is it sad? Well, it tells the story of two kids who struggle to survive after American B-29s firebomb Kobe, their hometown. As the “grave” in the title (and the nature of firebombing) might suggest, lots of people die. And they don’t exactly die in enjoyable ways (not that dying is usually enjoyable).

Interestingly, director Isao Takahata has repeatedly denied Grave of the Fireflies is an anti-war film. This seems to be out of a desire to prevent politicians from using the film as a political prop; Takahata is also a pacifist who’s spoken out in favor of preserving the pacifist Article Nine of Japan’s Constitution.

Find Grave of the Fireflies on Amazon 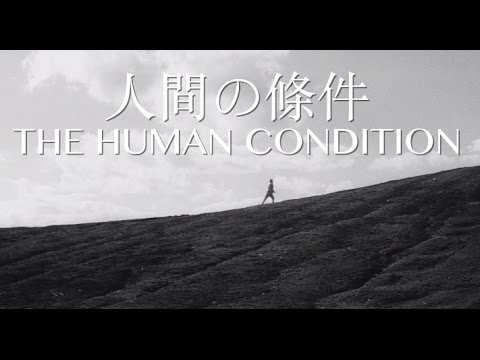 Year released: 1959 | Japanese title: 人間の條件 (Ningen no jōken)
With a name like The Human Condition, this film just has to be epic… and it is. Actually, it’s not a regular film, per se. Rather, it’s an epic trilogy which spans 9 hours 47 minutes across all three parts.

The series is based on a six-volume novel of the same name by Junpei Gomikawa, with director Masaki Kobayashi‘s personal wartime experiences injected into it as well. Set primarily in Japanese-occupied Manchuria, The Human Condition focuses on the life of Kaji, an avowed socialist and pacifist who must partake in Japan’s war machine despite his views.

The trilogy doesn’t hold back on what some critics have called a “Grand Canyon of despair”. Brutality against Chinese? Check. Hazing amongst Japanese troops? Check. Horrible conditions in Soviet POW camps? Check.

Highly cinematic but also rich with detail on a theater of WWII (Manchuria) that Western films mostly ignore, The Human Condition still stands as one of the most highly regarded Japanese WWII movies ever. In fact, the fact The Human Condition was released less than 15 years after the war’s end (with many veterans still alive) meant it played a vital role in helping Japan deal with its wartime trauma. So don’t let the 1959 release date deter you — in fact, The Human Condition is easily available through the Criterion Collection.

Find The Human Condition on Amazon