Review: “Demon Slayer: Mugen Train” Elevates the Pathos and Spectacle of its Anime

"Demon Slayer: Kimetsu no Yaiba the Movie: Mugen Train" deserves its status as the most celebrated anime movie of the past year.

With a 2016 manga and an anime television series in 2019, Demon Slayer has become one of the most popular and renowned creative franchises in Japanese history. 2020 saw the franchise continue its success with a feature film—Demon Slayer: Kimetsu no Yaiba the Movie: Mugen Train (Demon Slayer: Mugen Train for short in English).

Despite the coronavirus pandemic limiting theater audiences, Mugen Train became a triumph in Japanese cinematic history. By selling over US $313 million worth of tickets, the movie surpassed Spirited Away’s 19-year record as Japan’s highest-grossing film. Mugen Train also garnered US $21 million at the American box office, making it the second-highest US opening for an anime film.

As seen through its anime series and manga, the Demon Slayer franchise already has a compelling foundation of art and storytelling. Mugen Train the movie aptly leverages that strong foundation and builds upon it in ambitious and exciting ways, like blending 3D with 2D animation. Because of this, it’s an exemplary film that franchise fans can heavily appreciate—though newcomers should probably watch the anime series first.

Mugen Train’s story takes place after the first season of the Demon Slayer anime series. If you haven’t watched that series, the film will make little sense. The series’ first 26 episodes set up the film’s plot, and help viewers become more invested in the franchise’s characters and story.

Demon Slayer’s original story takes place in early Taisho-era Japan. It centers on the Komado siblings, namely, protagonist Tanjiro Komado (Natsuki Hanae) and his sister, Nezuko Komado (Akari Kitô). Tanjiro is launched into his Demon Slayer career when he returns one day to find his family massacred and Nezuko turned into a demon. Determined to protect others and find a cure for Nezuko, Tanjiro joins the Demon Slayer Corps, a secret organization specializing in slaying demons.

But there’s a catch—these demons were all once human, and Tanjiro is not the average teenage protagonist. Tanjiro is gentle, mature, and understanding towards friends and foes alike. This sets him apart from impulsive and hot-headed protagonists from similar titles, like Naruto (2002-2007) and One Piece (1999-). Tanjiro sympathizes with the demons without absolving them of their crimes. He executes them with care, taking the time to relate to them, with the promise of giving them a good death. Mugen Train works as an effective midpoint in Tanjiro’s story because it introduces an enemy that completely overwhelms him.

The film begins with Tanjiro and his companions, Nezuko, Inosuke Hashibira (Yoshitsugu Matsuoka), and Zenitsu Agatsuma (Hiro Shimono), boarding the infamous Mugen Train, named after the Japanese word for “infinity.” There’s a rumor going around that people have been mysteriously dying aboard the locomotive. Tanjiro’s team joins with his new mentor, Kyojuro Rengoku (Satoshi Hino), the fire-style swordsman, to resolve the situation. The team comes to a harrowing discovery: the demon Enmu (Akira Ishida) has been killing passengers in their dreams.

All of this said, Mugen Train’s story by itself is not what makes it exemplary. The film elevates its source material by channeling characters’ feelings, experiences, and fighting prowess into a breathtaking animation style, making the feature a recipe for success.

Mugen Train can be summarized in a single word as: “expensive.” The original anime series takes the manga’s sharp potential and maximizes it via jaw-dropping battles and an immersive world. Mugen Train takes these ideas and multiplies them tenfold.

Mugen Train takes advantage of camera staging as well. When Tanjiro zips through the air, the 3D environment spins around him, literally giving the animators more room for creative design. Complex camera movements follow the characters’ attacks, making the audience feel like they’re right there fighting alongside them.

There are many factors to consider about Mugen Train’s success, the most important one being that it stays true to the anime series’ original appeal of pathos-focused storytelling.

The film dives further into Tanjiro’s psyche, giving franchise fans a deeper glimpse into the boy they’ve come to root for. Andy Nakatani, Shounen Jump’s editor-in-chief at VIZ Media, describes Tanjiro as the people’s champion in this difficult time. “It’s essentially a coming of age story,” he explains. “Through it all, [Tanjiro] manages to thrive, grow, and somehow he never gives up hope and is able to maintain the core of who he is. Maybe with all the things going on in the world today, this story of perseverance just particularly resonates with people.” Tanjiro’s purity of heart is repeatedly countered and brutalized in Mugen Train, making the film’s saddest moments feel memorable and important to fans living through a global pandemic.

At its core, Demon Slayer is an emotionally driven narrative about loss and yearning. Japan has struggled to adjust to the COVID-19 pandemic and is still currently considering canceling the 2020 Summer Olympics. This has made Demon Slayer feel all the more resonant. Japanese fans have analogized COVID-19 to the franchise’s demons and latched onto Demon Slayer’s themes of family love and longing for normalcy.

Within just a few years, the Demon Slayer franchise has become nothing short of unstoppable. Audiences have braved pandemic restrictions to come aboard Mugen Train, and its popularity doesn’t seem to be going off the rails anytime soon. Get onboard Mugen Train at a theater near you, but watch the anime beforehand for the most comprehensive experience. 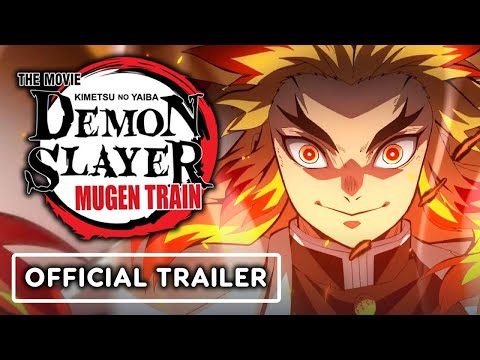 Demon Slayer: Mugen Train is currently screening at theaters in the United States and beyond.