Review: Thai Movie “Anatomy of Time” Dissects Crimes of the Past

"Anatomy of Time" depicts a love story in the time of Thailand's Cold War-era communist insurgency, and grapples with the complexities of authoritarianism.

Anatomy of Time follows Maem, the daughter of a clockmaker, and her relationship with a Thai military officer involved in the violent suppression of the Communist insurgency in the 1960s and 1970s. The film jumps between when the couple is young, as well as late in life, when Maem’s husband, who goes unnamed through the film, is ill and on his deathbed.

What Anatomy of Time does well is at engaging with the moral complexity of authoritarianism. Authoritarian political persecution is widespread, affecting members of Maem’s family. But it, too, proves complex, in that there is no easy escape from guilt; seemingly all are complicit.

Despite this family background, Maem herself finds herself falling for a member of the authoritarian regime. And if there is a dimension of class status in their relationship, he also shows moments of genuine tenderness.

The film is less successful, however, in showing the relationships between its characters apart from Maem and her husband. Maem’s relatives are not very well fleshed-out characters. This is also true of the domestic worker that takes care of Maem’s husband on his deathbed, but clearly bears a grudge against him for his actions as a military officer.

This character in particular proves a weak point for the film. Although it proves a worthy topic to contemplate what should be done with individuals that committed crimes in their youth but are now elderly and infirm, the movie becomes rather cartoonish with gory scenes of this domestic worker cutting a bullet out of Maem’s husband from an old wound to torture him.

While evocative, this scene seems to be for shock value more than anything else. Other scenes involving this character are similarly bizarre and prove jarring to the film’s tone. One odd scene that has Maem following this woman into a nightclub, for example, does little to add to the story–and the nightclub jumps out for its lack of realism, with excited dancers on one side of the room, and contemplative silent drinkers on the other side of the room.

Even though its historical focus is engaging, Anatomy of Time simply does not cohere together. Much of the character interactions beyond Maem and her husband feel forced; the film potentially could have benefited from stripping down other elements and focusing instead on the two of them. However, the film has too many weak points, through too many stray elements that fail to be integrated into any sort of cohesive whole. 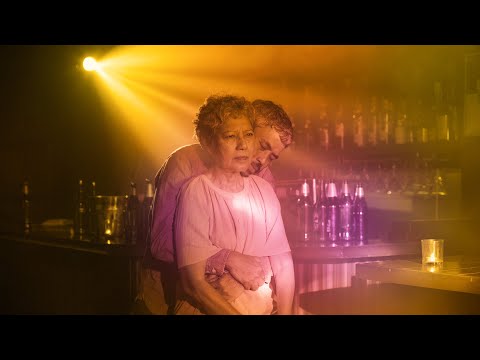 This article is part of Cinema Escapist‘s coverage of the 2022 International Film Festival Rotterdam.