The Thai movie "Fathers" shows the challenges a gay couple encounters while raising their adopted son. 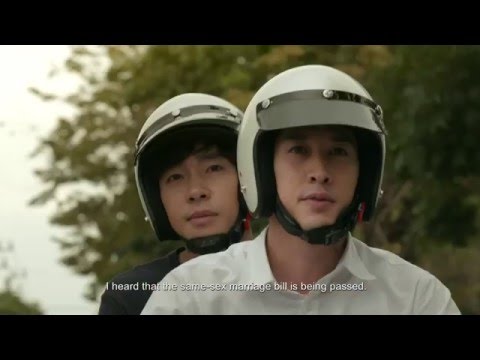 Last month, an official from Thailand’s Ministry of Justice vowed to revive a stalled same-sex marriage legalization bill in response to an online petition signed by 60,000 people. This isn’t entirely surprising — compared with its other Southeast Asian neighbors (e.x. Malaysia, which selectively employs sharia law), Thailand has greater acceptance of homosexuals. In a 2015 survey, 59% of Thais indicated they would support legalizing same sex marriage, and 80% said they “wouldn’t mind” if a family member was gay. However, as the recently released film Fathers shows, though the situation is much better than elsewhere, challenges still remain for same-sex couples in Thailand.

Directed by Palatpol Mingpornpichit, Fathers centers around Phoon and Yuke, a gay couple with an adopted son named Butr. The three of them live a loving, comfortable upper-class life — but as Butr comes of age, he begins to wonder why he doesn’t have a mother like everyone else. When Butr starts acting out at school, the Children’s Rights Protection Organization becomes involved and his place among two fathers lands in jeopardy.

Fathers does a particularly good job of illuminating the multifaceted nature of LGBT acceptance. Almost nobody in the film overtly discriminates against Phoon (Asda Panichkul) and Yuke, and there’s an underlying assumption that doing so would be improper. In that sense, the movie affirms that there’s no problem with Phoon and Yuke simply being a gay couple.

However, when Butr comes into the equation, things become more complicated. The film’s main conflict arises from the question of whether having gay parents could be detrimental for a child’s development compared with having straight ones. Though the film’s various characters have differing answers to the question, their positions are all rooted in concern for Butr’s welfare rather than out of pure malice. This makes Fathers a highly nuanced and balanced film, as it forces audiences to empathize with and consider different points of view rather than denigrating them straightaway.

This nuance wouldn’t be possible if Fathers didn’t present multi-dimensional characters. In fact, it’s worth praising how the film shows Phoon and Yuke each struggling with their homosexual identities. Rather than impulsively lionizing them as pristine crusaders for social justice, Fathers presents them as flawed humans who must reconcile who they are against the constraints of social expectations and everyday life. After all, most LGBT individuals don’t spend all day waving rainbow flags at pride parades — they live normal lives just like everyone else, whatever that means.

Neither too artsy nor preachy (which is oftentimes the case with other LGBT-themed films), Fathers offers a thoughtful, heartwarming snapshot at the state of same-sex couples in Thailand. At 1.5 hours, it’s a low commitment, feel-good film that’ll help you learn more about what might soon be the second country (after Taiwan) in Asia to legalize same-sex marriage.

Want to watch Fathers? Stream it today on FilmDoo, a home for films from around the world.