No New Wave marks the debut of a brilliant new voice in Chinese cinema, that of first-time director Yao Ziwei. The film has the makings of a masterpiece, if not for  its inability to resolve on a satisfactory note that ties up all of its plot threads.

The film’s protagonists are a group of young Chinese filmmakers in New York City: Ginny, Ah-yao, and Ah-wei. The trio live in New York because it’s a location where they believe they can easily shoot engaging content of artistic value and worth. In the meantime, they navigate their respective social circles and relationships, drifting through the quotidian life of young filmmakers, in a way that’s neither romanticized nor dramatized. As director Yao states vis-a-vis Ginny, this is a film about people that make films.

However, No New Wave proves fresh in that it specifically focuses on the lives of young Chinese creatives in New York City. Though all of its protagonists are highly fluent in English and can easily work with people from backgrounds other than their own, one notes that their close collaborators still mostly seem to be fellow Chinese, or Chinese Americans. Some of the best-shot scenes in the film highlight the differences between young Chinese from contemporary China and older immigrants that have been in the US for decades.

This suggests that much of No New Wave’s content is autobiographical, given the number of Chinese filmmakers or other creative artists that study, live, and work in New York City. Yao is to be praised for his daring in taking on a rather narrowly specific demographic as his subject, without fear that this might alienate viewers who are not themselves Chinese or individuals with experiences studying abroad.

The film’s characters do not spend very much time brooding on contemporary China or any sense of diaspora or exile, though this comes up occasionally in the characters’ conversations. Instead, living in a foreign land seems to highlight their sense of alienation. This alienation seems to be more existential than anything else, given the characters mostly seem to be relatively well-off—with many scenes set in comfortable apartments, bars or networking events, and eateries.

As the title suggests, No New Wave takes many of its cinematic cues from the French New Wave, with regards to the dialogue, mise en scene, interactions, and shooting style. Yet this is an essential element of the film that contributes to its strengths, rather than coming off as apeish, mimetic, or didactic—or, say, comically pretentious in the manner of Wes Anderson. One can compare to the Taiwanese New Wave’s successful appropriation and reinvention of aesthetics originally derived from Italian neorealism, for example.

In this way, No New Wave is not afraid to pursue a completely different tack than contemporaries. This befits the plot, given that in many ways, the characters of the film are struggling with their pursuit of authenticity of both their creative works and themselves. In one brutally honest moment, a critic comments that filmmakers should either stick to existing trends to get a foothold into festivals, or simply be themselves–but that either is a valid path for success, even if the odds of the former are higher than the later.

The fatal flaw of many films with French New Wave aesthetics is their failure to resolve the plot. These films sometimes attempt to manufacture a dramatic moment near the end, which then intrudes too awkwardly into a plot previously characterized by its lack of rootedness. This is, to some extent, also the primary flaw of No New Wave. The story returns to Ginny at the end, rather than Ah-wei or Ah-yao, which frames the movie as centering on Ginny even if there is no clear main character before that point. It is not clear at the end why this should be a story about Ginny.

Even if this flaw keeps No New Wave from being a masterpiece, one can still expect promising works from Yao in the future. If this first-time work is already so skillful, Yao’s future films will undoubtedly prove masterful. 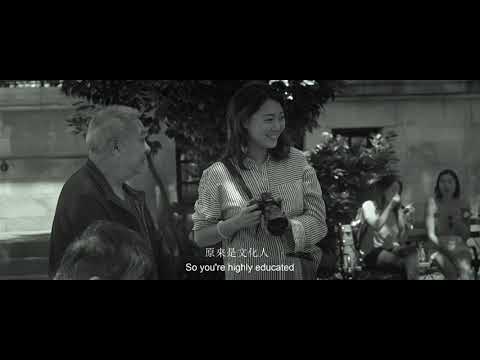