"Septet" varies in quality—but some of the shorts in this anthology by seven legendary Hong Kong directors surprisingly align in process and theme.

Directed by seven legendary filmmakers from the Hong Kong New Wave, Septet: the Story of Hong Kong is an omnibus film that comprises seven shorts, each taking place in a different decade from the 1950s to the 2020s. Spearheaded by Johnnie To, the project has long been in gestation, with materials being filmed in as early as 2014. Shot entirely on 35mm film, the project is meant to be a tribute to a bygone filmmaking process and eras of a city. The film was selected in the 2020 online edition of the Cannes Film Festival and, after touring local and international film festivals, has finally made its way to Hong Kong theaters.

With filmmakers who vary vastly in their backgrounds and styles, the shorts obviously vary in quality. But despite these differences, there are some commonalities that reveal personality and meaning: a laid-back tone, career-long preoccupations with certain styles and themes, and a definition of the city as a transient site of passage and migration. This is a film that is uneven by design, and in no way seeks to provide a comprehensive overview of Hong Kong history. But through its narrow, specific, and even selfish perspectives, Septet: the Story of Hong Kong documents its city’s tumultuous journey better than any introductory article or brochure can.

The anthology begins in the 1950s with Sammo Hung’s own coming of age in a performance troupe, names unchanged. In a further layer of meta, his son Timmy Hung plays his master (a role Sammo himself played in Painted Faces). As if hellbent on narcissism, Sammo breaks the fourth wall at the end and literally states his story’s moral to the camera. But when a master speaks, do we not listen? Such is the importance of himself and his words that he compels the audience to nod in reverence. In what seems like a trivial and self-important recreation of a home video, Hung nonetheless preserves some culture from the sunset industry of martial arts in Hong Kong. Celluloid enhances Hung’s warm, romantic lens, and the clean and clear coverage shows a master who shoots better than young directors, even in his sleep.

Moving onto the 1960s is Ann Hui’s story of admiration between a teacher and a principal in a rooftop school, with striking coincidences to democracy leader Szeto Wah’s love life that obviously cannot be acknowledged because of Chinese funding. Also unspoken is this admiration—so repressed that it can’t count as love—which turns into regret as decades pass. The understated realism of the short is right up Hui’s alley, and it takes her just a few glances to convey a well of emotions. However, while shooting this short in 2014, Hui experiments with a retrospective narrative device that she later attempts again in 2017’s Our Time Will Come;  it’s these flashforwards set in 2001 that weaken the short, as their voluminous exposition and diverted focus cannot compete with the staying power of the past.

The anthology skips over the 1970s, as they were originally meant for John Woo before he quit the project for health reasons. Patrick Tam picks up in the 1980s with a melodramatic tale of an impending breakup between two teenage lovers, as the girl faces emigration. Edited with French New Wave–style jump cuts and underscored by a synthy Cantopop ballad, the short preserves Tam’s style of highbrow and populist clash that was brought to world recognition by Tam’s mentee Wong Kar-wai. However, the stars of the ’80s and ’90s have all grown up, and the young actors in this short simply cannot keep up with the poetically highfalutin dialogue, including recitals of John Keats. Like Anita’s supporting actors, they feel like modern people unconvincingly transplanted to the past.

Yuen Woo-ping directs the omnibus’ second story about emigration, and it doesn’t stop here. An internationalized high schooler briefly stays with her deeply traditional grandfather before she follows her parents to Canada. If Hung’s short is warm and romantic, Yuen’s is straight up heartwarming, a surprise for both martial arts masters. Yuen defines his decade not only of emigration but also of generational clash, which has now revealed itself as the root of Hong Kong’s problems. Of all the shorts’ endings, Yuen’s might best satisfy the government, but it simultaneously reveals a fantasy of reunion that we melancholically know did not last long.

If the soul of Hong Kong left with the British, all that was left in the 2000s was the opportunity to make money. A trio of young white collars meet up during lunch hour to invest in stocks, against financial upheavals like the dot-com bubble, the SARS epidemic, and an increasing trend of subprime mortgage defaults. Returning to the subject of speculators after films like Life Without Principle and Don’t Go Breaking My Heart, To once again defines Hong Kong as a site of hypercapitalism, and combines it with a damning dash of his trademark absurdist karma. The impersonality of his world only gains relevance as the film’s release coincides with another standstill epidemic. With the smallest budget, To masterfully constructs tension without ever leaving a cha chaan teng, and miraculously directs young Hong Kong actors to believable performances. As always, he makes it look like he directs a film like this for breakfast.

The late Ringo Lam, who passed away after shooting his segment, marks the third action director to make a drama for Septet, and also the third to define his decade with a story of emigration. Trying to meet up with his wife and son, a returnee father loses himself in the central business district, as colonial landmarks have disappeared. By the time this short plays out, it becomes clear that the story of Hong Kong is only one of leaving, coming back, and passing by, echoing what’s happening outside the movie theater. The glory of Hong Kong was never going to last, as it never took root. When the family faces inconsolable loss, the matriarch urges her son (played by Lam’s own) to live a happy life, but we know it is a futile attempt. Many of the shorts so far have felt like didactic public service announcements, but this is the only one that feels insulting to the audience, as Lam literally labels the changes to Hong Kong’s skyline. The power of cinematic visuals is enough to make the point.

Hong Kong steps into the future as Tsui Hark retreats into a futuristic, dystopian psychiatric hospital. As a psychiatrist interviews his patient, the patient keeps claiming identities like—you probably didn’t guess it—Ann Hui, Ringo Lam, and many more. As psychiatrist and patient and subjects and observers flip identities, Tsui suggests a world where doctors are sick, patients are healthy, right is wrong, and wrong is right. If Hong Kong is a psychiatric hospital with its loss of reason, by leaping into an endless rabbit hole of meta name-checking (the actors are even labeled on screen), Tsui perhaps diagnoses cinema as well and flips the relationship between performers and audience. Is that an excuse for his recent work? Known for his outlandish visuals and fantasies, Tsui has not lost an ounce of his creative wizardry, despite defecting to directing Chinese state propaganda.

For a “story of Hong Kong,” Septet remains surprisingly limited in genre. Whether it is by design or not, the seven masters, all in their 60s or 70s, have unilaterally taken a resigned tone. Not only do these shorts reflect the weary effects of aging and the toll Hong Kong takes on its inhabitants, but they also show the personal growth and evolution of these filmmakers who, except for Tam and Lam, have worked nonstop for decades.

One may argue that some of them have lost the boisterous energy that pushed their work to global recognition, but that energy needs to be passed to the youth anyway. As defined by the masters, Hong Kong is a place of perpetual transience, whether it is culture, opportunity, and even morality. These brief vignettes may not encompass great events, but nonetheless reach a core of Hong Kong. If the glory of these masters’ cinema was meant to fade away, then Septet is a respectable ride into the sunset. 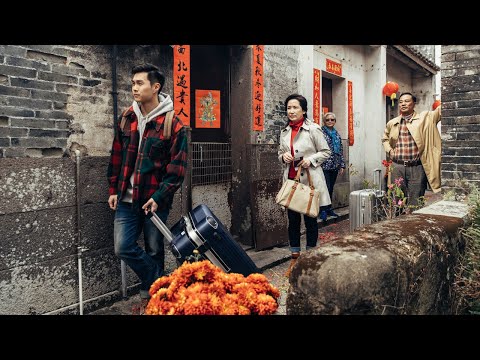