The music biopic of legendary Hong Kong artiste Anita Mui is content with a safe and sanitized path to blockbuster success.

Edko Films—one of the major studios of Hong Kong, and the owners of the city’s largest theater chain—certainly knows how to promote a blockbuster. After pushing Cold War II to the spot of Hong Kong’s highest-grossing Chinese-language film of all time, they pulled off a similarly aggressive and successful campaign for Anita, their biopic of legendary singer/actress Anita Mui. It was admittedly an easy sell, banking on HongKongers’ collective nostalgia for the pop icon gone too early, and the film rode its wave to a slew of 12 nominations for the 2022 Hong Kong Film Awards.

Producer and studio magnate Bill Kong considered Anita his passion project, as he couldn’t fulfill Mui’s dying wish of starring in Zhang Yimou’s House of Flying Daggers when she succumbed to cancer at the age of 40. This sentiment is obvious in the result. Anita plays it far too safe and protective in both its narrative and stylistic choices, and ends up being a Wikipedia article of the singer’s greatest hits in life. Kong’s choice of director is telling: Longman Leung, who delivered the impression of importance and record-breaking box office receipts in—you guessed it—the Cold War franchise.

A Slideshow, Not a Story

The rags-to-riches, womb-to-tomb formula of the music biopic is not a problem exclusive to Anita, especially in Hollywood’s onslaught of this genre in recent years. Anita is still one of its worst offenders though, greedily covering all parts of Mui’s life like they’re bullet points in a presentation. It’s not just that no particular chapter of her life stands out, it’s that the film fails to construct a basic narrative arc. For example, there’s no buildup to the film’s midpoint—the “Anita Mui slapping incident”, which is one of Hong Kong pop culture’s most dramatic scandals (a double murder!), but ostensibly arbitrary in its placement and occurrence. This means Mui’s subsequent self-exile in Thailand, her decision to quit music, and her change of focus to philanthropy, lack foundation. The latter is merely spoon-fed to the audience through montages of factoids, with graphics seemingly resurrected from a 2003 copy of Microsoft PowerPoint.

By glossing over her biggest flaws, the film barely manages to construct the character of Mui; it then completely fails to flesh out its supporting characters. Young and veteran actors form a carousel of famous faces that either only serve archetypal functions or, worse, wink at the audience in a game of namechecking. This is exacerbated by Leung’s mechanical, lifeless direction. But the film can’t be blamed for totally lacking in ideas. The first half features an obligatory meteoric rise montage that is always thrilling to watch; the second half sticks so unwaveringly to its elegiac tone that it practically marches towards a predetermined death. Perhaps due to a lack of budget to recreate every iconic moment, the film heavily features real footage of Mui. Not only does that show richly deserved confidence in the lead performance, it also lends a doc-like authenticity to the film, supports its self-importance, and maybe even questions its role in celebrity mythmaking.

Hong Kong, for Better and Worse

The filmmakers may hardly care about some of these flaws, though, because their audiences are HongKongers and those in the know. They are obviously catering and pandering to HongKongers and Sinophone audiences. Even if one sees their intentions as capitalistic greed, Anita is the love letter to Hong Kong it should be. The film starts with an acrobatic shot that pulls out of a stage to reveal the legendary Hong Kong Coliseum, and every HongKonger knows the sacred status of this concert venue. Western audiences might be puzzled, but does that really matter? The same goes for the scene set on “April 1, 2003” – those who know, know. Dubbed “the daughter of Hong Kong,” Anita Mui is as much of an emblem of colonial Hong Kong’s rise and fall as Leslie Cheung; the most basic requirement for an Anita Mui biopic is to devote its focus to Hong Kong. Anita fulfills it, and thankfully, there are no forced attempts to integrate Mandarin dialogue or China into the film.

But there’s the important disclaimer that should come with “all parts of Mui’s life”: “except her politically sensitive areas.” The second half of the film uses Mui’s shift to philanthropy as a cornerstone of her character, but glaringly skips over her active involvement in politics. Not only did she rally artists for 1989’s “Concert for Democracy in China”—an event many pro-China celebrities now wish they can scrub from their pasts—she actually took part in Operation Yellowbird, which smuggled Chinese activists to foreign countries after the Tiananmen Square Massacre.

Mui also took in Denise Ho as her closest and only woman disciple; Ho has been the most prominent carrier of Mui’s legacy, and is now facing imprisonment for her involvement in the 2019 pro-democracy protests. As the movie needs the Chinese market to recoup its budget, both Tiananmen and Ho are expectedly missing from the movie, but their omissions are nonetheless flagrant, disrespectful insults to both Mui and Ho, especially as singers much less relevant to Mui than Ho are featured. Most ironically, the film depicts Mui as a headstrong fighter, who one can easily imagine would’ve fought for Tiananmen and Ho’s inclusion.

A Casting Miracle, A Cinematographic Disaster

Despite the proliferation of celebrity biopics in Hollywood, they’re still rare in Hong Kong cinema, as they almost always require hefty budgets for period mise-en-scène. If the downside of making this movie in the studio system is the censorship, the upside is the budget that Edko mustered. The CGI in the film does not reach Hollywood standards, but is nonetheless faithful and meticulous enough, as the filmmakers have clearly researched the look of colonial Hong Kong extensively. The costumes for Mui—a pop diva with dazzling looks, often compared to Madonna—are particularly detailed and clearly help the lead performance by newcomer Louise Wong.

Casting a larger-than-life symbol must’ve been almost insurmountably difficult, but the filmmakers have done the impossible and seemingly plucked Wong out of nowhere. Not only are the former model’s looks, deep alto voice, and gestures a perfect mimic, she actually creates a character from the scraps of a screenplay she is given. It’s a testament to the actress’s work ethic.

However, no amount of CGI can save the film from its disastrous cinematography and color grading. The filmmakers have bathed Anita in sickly, Instagram-ready sepia filters, seemingly confusing that for period authenticity. Color grading gone wrong has been a symptom of Hong Kong cinema for a few years, but Anita is still a startling offender. The nighttime scenes are salvageable, but the daylight scenes are unforgivable, with their white nowhere near correct.

The filmmakers also rely exclusively on art direction to create a sense of period, which is not as simple as placing a few props in the background; the locations are still clearly modern. And no amount of mise-en-scène matters if the director misframes the shot—Leung goes for either confused coverage with five million angles, or distractingly designed trick shots. Even though the efforts are evident, the film fails to construct a milieu that transports the audience back to Hong Kong’s halcyon days.

A Crowd Pleased, a Letdown

Anita’s ambitions are clearly not arthouse. If they are to make a purely commercial, Bohemian Rhapsody–style crowdpleaser, Leung fulfilled them with flying colors, as the Hong Kong crowd has obviously been pleased. But Hong Kong cinema used to aim higher even with its blockbusters, and Anita barely has artistic merit. Even Bohemian Rhapsody, for all its infamously haphazard flaws, at least reaches Hollywood studio product formulaicness. Despite the employment of four editors, the awkwardly structured Anita doesn’t even manage that. Edko has released a four-hour miniseries cut on Disney+, which only seems to confirm the deficiencies of the theatrical cut. But if one appropriately adjusts their expectations for the current state of Hong Kong cinema, then Anita’s existence, let alone its commercial-friendly, crowd-pleasing passibility, is a small miracle. 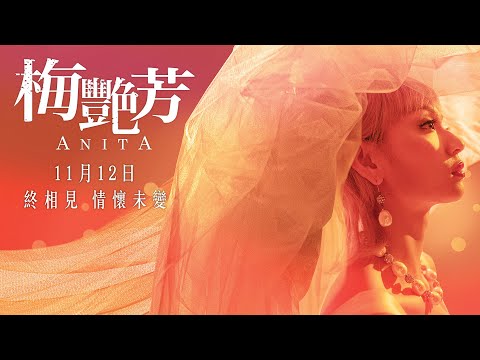