Review: “We Don’t Dance for Nothing” Enchants with Its Sensuous Story of a Hong Kong Migrant Worker

“We Don’t Dance for Nothing” is a dance and theatrics filled “love letter” to a Fillipina migrant worker’s life in Hong Kong.

We Don’t Dance for Nothing focuses on H, a twenty-something Filipina migrant worker in Hong Kong. Although H lives a humdrum life as a domestic helper, she hopes to run away from Hong Kong one day to pursue her dreams of traveling the world.

In the meantime, as she cooks and cleans for a family of four, H finds release in dancing on the streets with her fellow migrant workers every Sunday, depicted in the film as something like a temporary autonomous zone–a utopic space briefly inhabited by migrant workers. The film depicts this with a fantastical air, showing H and her friends pulling off complex choreographies at key moments in the film to dramatize reality–though We Don’t Dance for Nothing is far from a musical.

The film is set in the summer of 2019, with the protests that then rocked Hong Kong serving as a backdrop. This is the case with many Hong Kong films nowadays, likely due to the fact that they hope to make an indirect political statement to avoid falling foul of authorities. The movie suggests that migrant workers were a neglected dimension to Hongkongers’ struggle for freedom, with H wondering how many young protesters have their meals cooked for them at home by a migrant worker like her, even as she is sympathetic to their desire for freedom and admires their courage.

We Don’t Dance for Nothing has many strengths, with Miles Sible giving a stellar performance as H. Sible vividly embodies the wistful longing of a young person living far from home, and also depicts how H gradually comes to grips with the impossibility of her dreams.

Other characters are also well-acted, particularly Juliana Wong as Ma’am, H’s boss. Ma’am can be demanding and cruel to H, for instance threatening to cut H’s vacation, and treating her much like an indentured servant. At other times, Ma’am seems to see H as a part of her family, and is willing to trust H with her own vulnerability. Wong depicts both sides of the same character without coming off as cartoonishly two-faced, and there’s strong chemistry between her performance and Sible’s. This chemistry captures the complex dynamics that can exist with migrant domestic workers and the families they work for. At the end of the day, such workers are hired help–but that doesn’t mean they can’t develop strong bonds with their families. Yet, these bonds do not prevent brutal exploitation.

Indeed, We Don’t Dance for Nothing describes itself as a “love letter” to domestic migrant workers in Hong Kong. The film eschews sensationalizing their lives through any overly gritty realism, by using its highly creative camera work to depict a sensuous world in which perceptions and emotions bleed into reality—both reflecting and refracting its characters’ emotional states. Many of the movie’s shots combine stills and movement, with transitions to drone footage for overhead shots. The film also accomplishes a number of technical theatrics with its camera work, particularly during, but not exclusive to, its superb dance scenes. It’s as if H resists the capitalist bleakness of her surroundings by enchanting the world through music and dance, and captivates We Don’t Dance For Nothing’s viewers in the process.

While a rather unsatisfactory ending adds a bit of disservice to the film’s moral and artistic complexity, We Don’t Dance for Nothing is overall an accomplished standout among recent Hong Kong films, and deserves more critical attention. 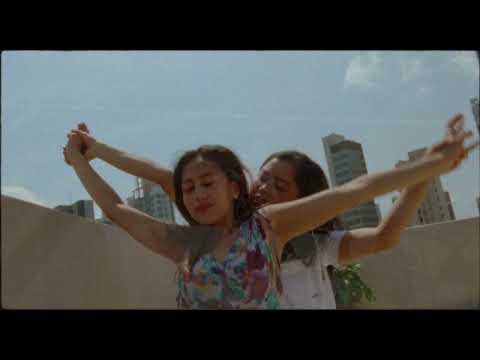