Girlfriend, Boyfriend is a coming of age romance (with a unique twist) set amidst Taiwan's democratization. 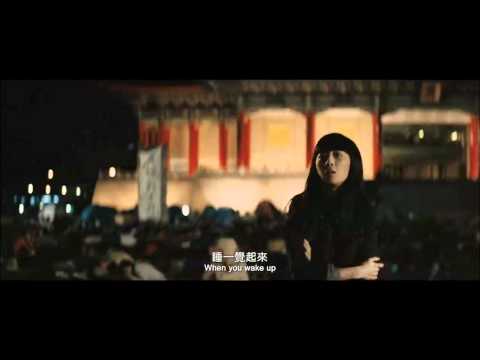 Taiwan’s democracy has demonstrated great maturity throughout the past year. In January 2016, the election of Tsai Ing-wen as president represented the second peaceful transfer power between parties in the island’s history. Recently, Taiwan’s legislature has also begun drafting a bill that would make Taiwan the first jurisdiction in Asia to legalize same-sex marriage. This backdrop makes watching the 2012 Taiwanese film Girlfriend, Boyfriend all the more interesting four years on.

Girlfriend, Boyfriend offers a slight twist on your classic love triangle story. This coming-of-age romance begins with its three protagonists — Mabel, Liam, and Aaron — as high school friends in southern Taiwan during the 1980s back when the island was still under martial law. In a normal love triangle, you’d have both guys competing for the girl. In this one, you have a girl and a guy competing for the same other guy. Liam, as we discover partway through the film, is gay, with unrealized feelings for Aaron (which is pretty remarkable for a mainstream Asian film). Meanwhile, Aaron and Mabel become a straight couple.

All this romance happens amidst a backdrop of social and political change. In high school, Aaron is a rebellious writer for the school paper; Mabel and Liam pair up to sell banned books advocating democracy. After graduating, the three end up in Taipei — where Aaron and Liam become involved with the 1990 Wild Lily Student Movement (this might be the first mainstream movie ever to feature that movement). As Aaron whispers longingly to Mabel one night: “go to sleep, and when you wake up, Taiwan will be different.”

Director Yang Ya-che stated in an interview that Girlfriend, Boyfriend is meant to be a political movie that just happens to include a gay character, and that politics and homosexual love are both supposed to represent an underlying theme of “freedom”. Yang also mentioned that he saw the gay-straight divide as symbolizing the division of Taiwan into indigenous (those whose families were on Taiwan before 1949) v. mainlander (those whose families came to Taiwan after 1949 with the KMT) groups. Those are lofty and intellectually meaty intentions and, at least on the point of politics and homosexuality representing freedom, topics I eagerly expected the film to explore in depth.

Unfortunately, while Yang had ambitious intent, Girlfriend, Boyfriend fails to live up to its potential. I commend the film for being one of the first to grapple with and depict scenes from Taiwan’s democratization in a mainstream context. However, political and social change end up feeling like convenient seasonings added on top of standard love triangle characters, not elements baked into their motivations and personalities. The characters seem to only be involved in politics because it’s “cool” and makes for an edgy movie.

This is particularly evident in the film’s denouement, where you might expect the now-adult characters to deeply reflect about whether all their youthful struggles really made a difference and perhaps express their disillusionment over a lack of progress. Instead, “democracy and freedom” only briefly come up in one short scene of romantic jest, as if to superficially check off some box. If Girlfriend, Boyfriend is truly a “political movie”, it needs to have some political opinions. Did those protests and acts of youthful rebellion accomplish something? Did Taiwan truly become different after its protagonists awoke from adolescence? We don’t really know.

Even if Girlfriend, Boyfriend doesn’t offer a solid stance on the matter, I do think Taiwan has changed much over the past 30 years, and even the past four — one way being a slow increase in the number of mainstream films that touch on political and historical issues. When it came out in 2012, Girlfriend, Boyfriend might’ve been the only mainstream Taiwanese movie that grappled with democratization, critically reflected upon the martial law period, and included a gay lead. Since then, films like Meeting Dr. Sun, Paradise in Service, and 52Hz I Love You have come out that you could never imagine being made before Taiwan democratized. You could argue that Girlfriend, Boyfriend‘s relative box office success (5th highest grossing domestic film in Taiwan for 2012, topped Hong Kong box office upon release) might’ve encouraged more filmmakers to experiment in those directions.

Girlfriend, Boyfriend is a unique film that had the potential to depict the coming-of-age for not only its characters but also an entire nation. Unfortunately, it ended up being more like a “romantic movie that just happens to include politics” than a “political movie that just happens to include romance”. Despite this, the fact that the movie was made to begin with, and enjoyed commercial success, offers heartening confirmation for the growing maturity of Taiwan’s political and cinematic climate.