Review: HBO’s “The World Between Us” Showcases Taiwan’s Democratic Norms

Crime drama “The World Between Us” has won fans on both sides of the Taiwan Strait—and now streams for US audiences.

Ahead of elections in January 2020, debates around what constitute “Taiwanese values” have erupted in Taiwan’s public discourse. Eager to create distance from China, politicians have cited political freedom, rule of law, and respect for human rights among characteristics that make Taiwan distinctively Taiwanese. Fittingly enough, 2019’s most renowned Taiwanese TV show incorporates all these ideals. Now available for streaming on HBO in the US, crime drama The World Between Us (我們與惡的距離) offers not only gripping entertainment, but also a multifaceted display of Taiwan’s democratic societal norms.

Produced in collaboration between HBO Asia, CatchPlay, and Taiwan’s Public Television Service, The World Between Us documents the aftermath of a mass shooting in a Taipei movie theater. Each of the show’s wide-ranging cast of characters relates to the shooting in a different way. First there’s Wang She (Wu Kang-jen), a defense attorney whose desire to serve society’s marginalized—including by defending the theater shooter—strains his young family. Then there’s Li Ta-chih (Chen Yuu), a young woman working at a TV news station. We quickly learn Li is the shooter’s sister, and has changed her name in order to escape the stigma of her brother’s crime.

Coincidentally, Li’s boss—a hard-charging woman named Sung Chiao-an (Alyssa Chia)—lost her son in the theater shooting. Saddled with guilt over her son’s death, Sung lashes out at not only her TV station employees, but also her print journalist husband Liu Chao-kuo (James Wen). To close the character connections loop, it turns out that attorney Wang She has enlisted Liu to investigate the shooter’s true motive.

It’s quite laudable how The World Between Us maintains this web of characters, none of whom is the dominant protagonist. The show’s narrative arc deftly transitions between different characters’ perspectives, and weaves those perspectives into layers of dramatic tension and character complexity. At no point does The World Between Us’ plot progression feel confused or overburdened, and that’s a testament to its tight screenwriting.

Historically, Taiwanese dramas have emphasized sappiness and melodrama over good storytelling and high production quality. The World Between Us flips that paradigm. The show completely eschews the lovey-dovey subplots and stilted acting characteristic of past dramas like Meteor Garden, and instead leans heavily into well-crafted social realism.

Atop its initial premise around the theater shooting, The World Between Us explores myriad social issues relevant to contemporary Taiwan. These include the death penalty, mental health stigmas, and media sensationalism. For instance, the show contains multiple scenes where attorney Wang She exhorts how Taiwan’s legal system should respect international human rights standards as well as have more empathy for the mentally ill. We’re also treated to a juicy moment when Taiwan’s National Communications Commission censures Sung Chiao-an’s news program, sparking a discussion about journalistic ethics and how modern media outlets balance reporting rigor against driving viewership. Both of these examples are unprecedented for mainstream Mandarin-language TV shows.

Beyond societal issues, The World Between Us also includes intriguing explorations around human nature. The show’s Chinese title 我們與惡的距離 directly translates as “the distance between ourselves and evil,” which aptly captures the main source of angst for its characters. Each of the show’s characters struggle with their proximity to “evil”—whether as victims, enablers, or individuals who, had they made slightly different choices, might’ve ended up as perpetrators as well. Whether through attorney Wang She recounting how he could’ve ended up as a child gangster or Sung Chiao-an agonizing about not saving her son, The World Between Us reminds viewers that “evil” and “good” are subjective shades of gray rather than objective black and white. This level of nuanced moral exploration is also novel for Taiwanese dramas and Mandarin-language television at large.

All this nuance seems like the successful result of an intense narrative development process. In interviews with Taiwanese media, screenwriter Lu Shih-yuan described how she and other creators of The World Between Us first analyzed mountains of data from sources like PTT (Taiwan’s equivalent to reddit) to glean themes audiences might be interested in. After observing public reaction to 2016’s “Little Light Bulb” murder incident in which a schizophrenic man beheaded a four year-old girl, Lu narrowed down the show’s premise and talked with numerous human rights lawyers, judges, and psychiatrists to form a more realistic story. Lu also lamented how Taiwan lagged behind other democracies like Japan and Norway in producing socially realistic dramas, and felt keen to help the island catch up.

On this front, The World Between Us comes at a rather apt time in Taiwan’s maturation as a democracy. In the wake of social movements in the mid-2010s and amidst sharply increased pressure from Beijing, Taiwan’s citizenry and government both seem keen on promoting democratic norms like free speech, human rights, and due process.

A show like The World Between Us—which openly examines those norms—would probably never get made in mainland China. Taiwan’s government, which indirectly supported the show through the Public Television Service, seems to have realized such socially realistic productions might help boost the island’s soft power, and conveniently cater to data-validated audience tastes.

Fittingly, The World Between Us achieved great renown not only among Taiwanese audiences, but also mainland Chinese ones. Enterprising Chinese netizens illegally leaked the series upon its release in April 2019, and it became so popular that Tencent’s streaming platform eventually bought official mainland streaming rights. This is quite surprising, given China’s broader cinema crackdown this year, along with general taboos around media that implies Taiwan’s sovereignty (ex. by showing the island’s independent justice system).

Perhaps that’s another sign of the show’s strength though. Even if most mainland viewers don’t overtly endorse Taiwan’s democratic norms, they seem to love the great storytelling those norms enable in The World Between Us. The show enjoys a whopping 9.5/10 rating on Douban (China’s IMDb), with rave reviews all around.

One Douban commenter placed The World Between Us alongside other recent socially realistic Taiwanese productions like The Great Buddha+; The Bold, the Corrupt, and the Beautiful; and On Children, remarking how they all show Taiwan’s film and television dramas are “on the right track” because they explore the human condition with authenticity and depth. 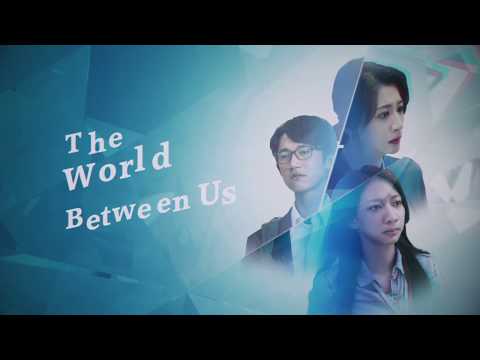 The World Between Us is currently available in the US through HBO’s streaming platforms and in various Asian markets (including Taiwan) through Catchplay.