While Americans have romantic comedies, Chinese have something else... read to learn what and why! 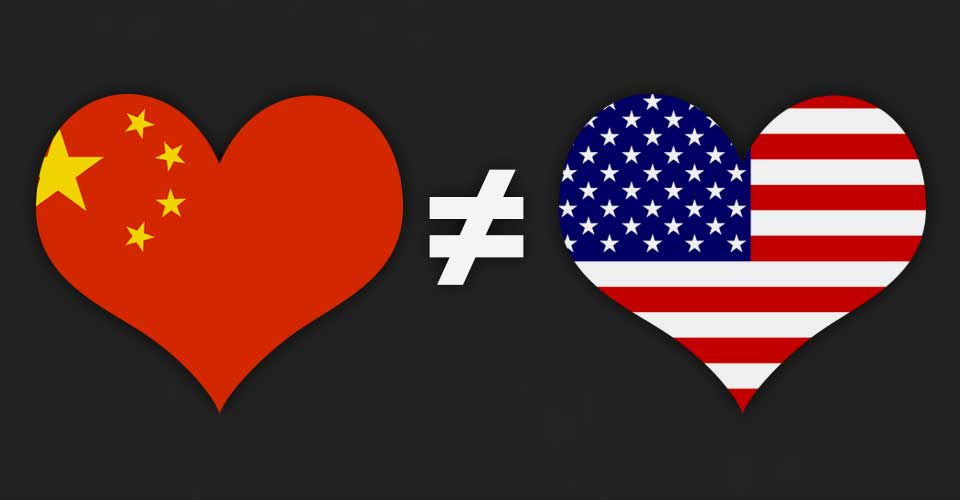 As Valentine’s Day rolls around the corner in America, many businesses can look forward to a revenue bump generated by loving couples. In China, this romance-driven economic stimulus might need to wait until later in the year. Though some Westernized couples might celebrate Valentine’s, love liberates more RMB from Chinese wallets in May and August, when 5/20 (because “520” is a homophone for “I love you” in Mandarin) and the Qixi Festival respectively occur.

Suffice to say, though love might be a universal language, its implementation can vary greatly between the US and China. This can especially be seen through movies, which often propagate and establish cultural norms around romance.

Though America has many flavors of romance films, romantic comedies — rom-coms for short — are arguably the most dominant. In rom-coms, some guy and some girl meet through entertaining happenstance, engage in amusing (or annoyingly passive-aggressive) antics to woo each other, and usually end up living happily ever after as a couple.

This is not so in China. While Chinese romantic comedies certainly exist, the most dominant flavor of romance film is what we at Cinema Escapist have come to call the tragi-romance. As the name might suggest, Chinese tragi-romances do not end happily ever after. In fact — spoiler alert for basically every film fitting this formula — the protagonists usually have their budding affection eviscerated by the tides of reality. Oftentimes, this involves at least one of the pair moving to America (e.x. But Always), failing the all-important college entrance exam (My Old Classmate), or simply doing something really stupid that sparks a breakup-worthy argument (You Are the Apple of My Eye).

Why the tragedy? For one, there’s historical precedent. Even before movies existed, Chinese people were coming up with depressing love stories.

If you look at the famous “Four Beauties” of ancient China (who basically every Chinese person knows about), you’ll see tales filled with suicide, drowning, execution, and a host of other uplifting details. In Dream of the Red Chamber, the most romance-focused of China’s “Four Great Classical Novels,” a huge number of characters experience such fates as premature death, imprisonment, abuse, exile, and social marginalization.

Western-style love stories didn’t become popular in China until the twentieth century and, even when they did, most had unhappy endings. As Stanford professor Haiyan Lee notes in a study about the subject, categories like “Tragic Love, Bitter Love, Miserable Love, Wronged Love, and Chaste Love” flew off shelves during the early 1900s while “Joyous Love” gained a cooler reception. This penchant for misery seems to have persisted to the modern day. In an amusing 1998 study titled “Lovesongs in the United States in China,” two academics observed that Chinese songs tended to convey “negative expectations” and “suffering” about love far more than American ones.

Growing up is hard to do

While China has become more prosperous and globalized in the past few decades, life for young prospective lovers is still full of hardship. With a massive gender imbalance, the expectation that males own homes and cars before marriage, and continued family pressure to produce offspring, the process of finding love is a real pain in the ass for many Chinese millennials — who happen to be the biggest target demographic for movies.

As such, tragi-romances appeal to millennials by mirroring their lives. In fact, such movies are perhaps more aptly called coming-of-age tragi-romances, as they trace their protagonists’ lives from high school, through college, and onto marriage. This contrasts with American rom-coms, which usually take place within a pretty constrained period of their characters’ lives.

Chinese millennials are currently in their 20s and 30s — exactly when stark realities of adulthood begin washing away nostalgic memories of youth, leading many to wish “if only I could be young again.” Tragi-romances make no secret of their intention to exploit that desire. Just look at the prevalence of the word “young” in recent movie titles: Young Style, Forever Young, So Young (whose more literal translation is “To Our Youth that is Fading Away”).

Romance, in short, is no laughing matter for Chinese movie audiences; in fact, it’s probably something — given modern realities and historical precedents — worth crying about. This explains why, while the US has rom-coms, China has tragi-romances.

There’s still plenty to be delighted about when it comes to China (ample opportunities for face mask and island manufacturers!) but, if you’re looking for some happy-go-lucky love story untinged by reality, you’ll have better luck in America.

Happy-go-lucky not your thing? Don’t worry, it’s not ours either! Here are some Chinese tragi-romance suggestions for your perusal: