Americans are almost always the bad guys in Korean media. Why?

As the world awaits a historic meeting between Donald Trump and Kim Jong-un, it’s easy to forget how South Korea has more skin in this diplomatic game than the US. Many Westerners may assume that South Korea always acts in lock step with its American ally, but the truth is more complicated. With its growing economic and cultural clout, South Korea is increasingly asserting its ambivalence, if not displeasure, towards America’s presence in its affairs. One of the best ways to see this attitude is through South Korean dramas and movies.

Take for instance 2016’s Descendants of the Sun, one of the most popular K-dramas in recent memory. Descendants depicts a South Korean peacekeeping unit’s operations in a fictional war-torn country—where the main villain is a former US Delta Force officer who’s turned into a child-killing arms dealer. The other Americans in Descendants don’t fare better. There’s a subplot where the South Korean protagonists deploy to Afghanistan on a joint mission with Delta Force operators. The show depicts those operators as belligerent and disrespectful; they provoke a fight with the Koreans, even though the US and South Korea are technically allies. 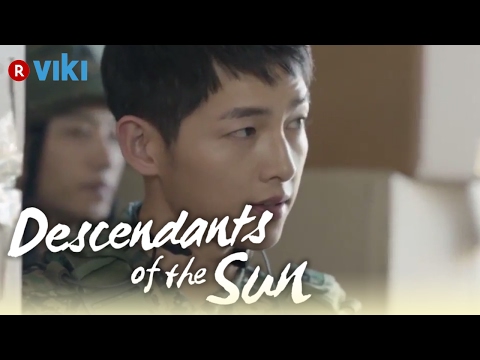 What’s more is that Descendants of the Sun actually shows North Koreans in a more positive light than Americans. While technically enemies, the drama’s North Korean characters act with chivalry and in fact intervene at a critical plot juncture to the benefit of their South Korean brethren.

This is the norm amongst Korean dramas and movies, not the exception. Virtually every time Americans appear, they’re shown in a negative light, or naive at best. Americans never save the day in South Korean films; they usually ruin it, and it’s up to Koreans—including Northerners—to make things right again.

There’s a bevy of further examples. In 2009’s The King 2 Hearts, a joint North-South Korean unit beats a blatantly racist US Army team in a military competition, and also thwarts the anti-reunification efforts of a shadowy villain named John Mayer. 2010’s highly popular Athena: Goddess of War casts an American intelligence official as its main antagonist. The list goes on, especially if you include movies (The Host and Welcome to Dongmakgol come to mind).

Why the disdain for America? After all, wouldn’t South Korea not exist if America didn’t intervene during the Korean War?

Well, the socio-political landscape in South Korea today is a world away from 1950. Today, South Korea is a highly prosperous nation with a per capita GDP and development indicators that rival (and often surpass) America’s. Its military is no laughing matter either, with highly modern equipment and advanced force projection capabilities (which dramas like Descendants of the Sun highlight).

Therefore, South Korea is far less dependent on American military assistance than before, and can afford to start questioning the value that comes from an alliance (versus costs like prostitution and loss of sovereignty). South Korea also saw a succession of liberal presidents in the early 2000s, who came from a generation that saw America as a key enabler of their country’s past authoritarian leaders. This created further breathing room for re-examining Korean-American relations.

Anxieties around America’s real-world actions also come into play. The Host, a 2005 blockbuster in which a Godzilla-esque monster (created by Americans dumping toxic chemicals into the Han River) ravages Seoul, came out amidst the Iraq War. The subtle implication seemed to be: if the Americans can rashly screw up Iraq, what’s to say they won’t do the same for the other “Axis of Evil” that shares our peninsula?

With a hawkish Trump Administration in power, we’ll perhaps see another spike in depictions of brash American interventionism. Just look at December 2017’s Steel Rain—in which a belligerent American administration gives South Korea 48 hours to resolve a crisis with the North before B-52s launch a pre-emptive nuclear strike. Such stories are perhaps mirrors for very real fears that America will blithely sacrifice Korean lives to further its own interests (or satisfy the President’s ego). 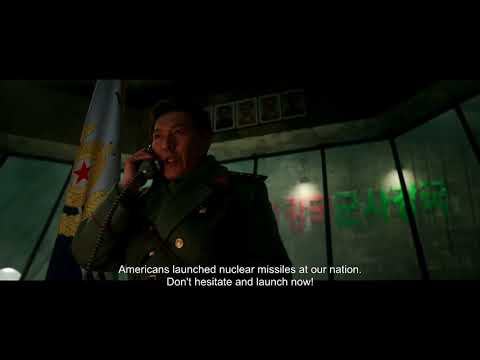 Lastly, there’s also an ethnic dimension towards anti-Americanism in South Korean media. As BR Myers explores in his book The Cleanest Race, Koreans (both North and South) possess a strong sense of ethnic pride, driven in part by how more powerful neighbors (Japan, China) bullied Korea throughout its history. This helps explain why North Koreans can help save the day in K-dramas or K-movies while Americans can’t. Even if they have different political leanings, North Koreans are still part of the “self,” while Americans will always be the “other,” a partner of convenience. If America saves the day, it’s not only an affront to ethnic pride, but also potentially disrespectful to Korea’s lingering colonial traumas. Blood is often thicker than military alliances, and Korean media simply reflects this reality.

As America’s gaze returns to the Korean peninsula, it’s useful to keep these movies and dramas’ attitudes in mind. None of these examples are fringe: they’re solidly mainstream works that not only shape Koreans’ views, but also other East Asians’ by virtue of South Korea’s cultural dominance in the region.

It’s worth asking why an ostensibly staunch American ally sees the US in such a pessimistic light. What would John Bolton, Mike Pompeo, or even Trump himself think if they saw all these K-dramas? Perhaps they’re already too entrenched in their own views — but maybe, just maybe, they’ll realize that when America deals with North Korea, South Koreans will be judging closely, screenplays at the ready.