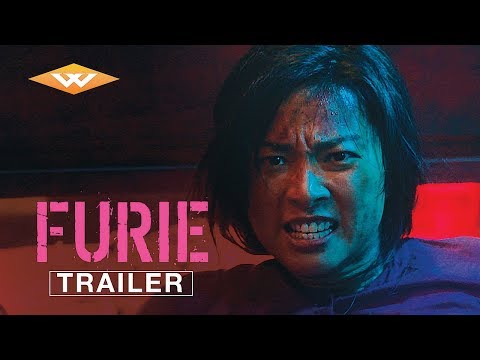 Most Western audiences’ exposure to Vietnam has been through countless American movies about the Vietnam War. These films painted a one-dimensional portrait of Vietnam, as a war-torn communist state at odds with the West. However, a new generation of filmmakers is trying to show the world a different view of Vietnam—a more modern, cosmopolitan view, that more accurately reflects the present state of Vietnam as one of the world’s fastest-growing economies.

Furie opens with Hai Phuong’s chaotic life as a village debt collector; she gets into fights with local debtors who refuse to pay up. Through a series of flashbacks, we see how Hai Phuong gave up her role as a gang boss in Ho Chi Minh City to give a better life to her daughter.

While village life is by no means idyllic, with angry debtors harassing Hai Phuong and Mai’s classmates bullying her due to Hai Phuong’s reputation, the mother-daughter pair are able to squeeze by. However, Hai Phuong’s world is turned upside down when Mai is kidnapped by an organ-harvesting gang—and she sets off to rescue her daughter.

The plotline of the film almost resembles Taken—except instead of a male CIA veteran, Furie is about a mother with extraordinary abilities. In fact, Furie flips traditional gender roles on its head—not only is the protagonist a woman, the ringleader of the human trafficking gang and primary antagonist is also a woman. This is perhaps a nod to the communist ideal that “women hold up half the sky” (Vietnam is still run by the Communist Party). It also reflects an economic and social reality in the country: the current Vice President and head of the legislature are both women, and women played an active role during the Vietnam war.

Furie also eschews the gunfights and explosions that are especially prominent in Western filmmaking, in favor of hand-to-hand combat. The primal combat between Hai Phuong and group after group of gangsters intensifies the film—but it also creates a sense of suspense during the fights that likely wouldn’t exist if everyone had access to firearms and grenade launchers.

Between the thrill of Ngo’s intense fight scenes, and the freshness of a female action lead, Furie is a formidable Vietnamese film that can stand up to its Hollywood peers.

Furie is playing in major US theaters starting March 1st, 2019.