Now streaming on Netflix, this submarine thriller reminds us France hasn't forgotten how to fire nukes and make entertaining movies.

Though we in the Anglophone world might often forget, France’s military is no laughing matter. As of 2018, France had the world’s third largest number of nuclear warheads—behind the US and Russia, but ahead of China and the UK. France maintains overseas military presence in numerous countries, including active combat deployments to the Middle East and West Africa.

It’s against this backdrop that the submarine thriller The Wolf’s Call (Le Chant du loup) hit French theaters in February 2019, before expanding to a global Netflix release in June 2019. Though it won’t impress highfalutin film festival juries anytime soon, the film provides an energetic and entertaining reminder that France isn’t irrelevant yet—in both military and cinematic arenas.

The Wolf’s Call opens along the Syrian coast, where the French attack submarine Titan must extract a team of French special forces. Aboard Titan’s claustrophobic CIC, we meet our protagonist Chanteraide (François Civil), a sonar officer whose “golden ears” can distinguish virtually any vessel based on its acoustic signature. With an Iranian frigate (that somehow looks a lot like an Independence-class littoral combat ship) bearing down on Titan‘s location, Chanteraide’s golden ears suddenly fail him when an unknown acoustic signature emerges—putting the extraction at risk and Chanteraide in hot water with his superiors.

Already in this first sequence, the outlines of a more muscular France begin to emerge. Battling Iranian warships? Picking operators up from Syria? Apparently this isn’t America’s exclusive domain; France can be a world policeman too.

Syria is only a prelude to the movie’s main focus: a crisis between Russia and the EU, sparked by Russia invading Finland’s Aland Islands. To support its EU ally, France dispatches Titan to accompany L’Effroyable, a ballistic missile submarine that provides a seaborne nuclear deterrent. After a twist of events involving a jihadist-purchased former Russian missile sub (yes, seriously), Chanteraide and Titan must track down L’Effroyable before nuclear armageddon begins.

Welcome to an apt and timely refresh of the submarine thriller genre: Nazis and defecting Soviets are out, Russians and jihadists are in. America, as we discover in The Wolf’s Call, has succumbed to isolationist tendencies; there’s no mention of Brexitland and its Vanguard-class missile subs coming to help Finland either.

The film seems to embody Emmanuel Macron’s calls for a more militarily assertive Europe—one that no doubt will have France at the fore, given no other EU 27 member possesses nuclear weapons. There’s plenty of material for viewers interested in geopolitics, which is quite fitting given how director Antonin Baudry previously served as a high-ranking French diplomat.

On this front, The Wolf’s Call spares no effort in promoting French hard power. The film’s characters aren’t particularly well-developed, but they’re sure as hell brave. Alongside our protagonist Chanteraide, a supporting cast of French A-listers (Omar Sy of Intouchables, Mathieu Kassovitz of La Haine) play commanders who are willing to fast rope from helicopters and fire RPGs from open conning towers, among other acts of grit and self-sacrifice.

France’s Navy also let the filmmakers shoot aboard real submarines—military enthusiasts take note, this is probably the only movie in which you’ll be able to see a Triomphant-class SSBN both inside and out. Military movie buffs might also see a resemblance to Sky Fighters, a popular 2005 thriller that enjoyed French Air Force cooperation and remains one of the best non-American air combat movies in existence. Paired with Sky Fighters, The Wolf’s Call reminds audiences that France doesn’t just have air power—it has sea power too.

While The Wolf’s Call makes some narrative stumbles like giving Chanteraide an utterly purposeless love interest, the film keeps audiences entertained for its entire duration. Though it has an ambitious plot that spans multiple vessels, naval bases, and countries, it never gets weighed down or overly hard to follow.

Contrast this with international audiences’ usual perception of French movies. In countries like the US and UK, “French film” has become synonymous with “esoteric and inaccessible.” The Wolf’s Call offers a counterexample—one that reminds viewers how France’s ability to make mainstream films hasn’t completely died yet.

That said: if you’re looking for art house French film, The Wolf’s Call definitely isn’t your thing. However, if you’re tired of Hollywood focusing on superhero movies instead of making submarine thrillers that aspire for the quality and appeal of The Hunt for Red October, The Wolf’s Call has your back. 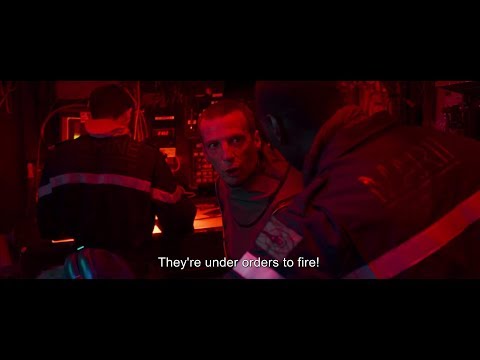 Review: They Call it Myanmar - Lifting the Curtain (United States, 2012)

Review: They Call it Myanmar - Lifting the Curtain (United States, 2012)