“After the Rain” shows is that even if a romance is never meant to be, it can still change us in profound ways.

Love knows no age — or does it? Based off Jun Mayuzuki’s eponymous manga, After the Rain tells us the tale of 18-year-old high school track star Akira Tachibana (Nana Komatsu) and 45-year-old family restaurant manager Masami Kondo (Yo Oizumi).

Akira tears her achilles tendon which forces her to stop running. This injury also complicates her relationship with running: she doesn’t know whether she’ll be able to continue again, and has contemplated giving up on running entirely, putting her into a depressive spiral. Akira gets a part time job at the Garden Family Restaurant where Masami works. Recently divorced with a dead-end job, Masami is in the middle of a mid-life crisis, but is a sweetheart and deeply cares about his employees, wanting to make sure they’re comfortable and happy.

While Akira is under the weather, not knowing whether she can run track again, Masami’s characteristic small gestures of kindness completely eradicate Akira’s sadness. She finds solace in his presence — and slowly Akira falls in love with Masami.

A Love Story or Not?

Akira is heady, thick-skulled, accomplished, and a bit of a tomboy — while Masami is exceedingly polite, and a bit of a loser (at least according to his other co-workers). However, neither that nor his age deters Akira, who finds his innocence and kindness drown out any reservations.

Usually most Japanese romance manga (and thus movies based on manga) build up to the confession, and the rest is left for us to imagine. However, After the Rain takes a surprisingly mature approach to the genre. Akira confesses to Masami pretty soon after she realizes she’s in love with him, which completely catches Masami off guard. Masami turns her down, citing the age difference, but Akira persists and gets him to agree to go on a date with her.

Masami’s view is that he’s just entertaining a child, but after they spend more time with each other and get to know each other better, Masami and Akira develop a real respect for each other and what they’ve each been through. Masami learns about Akira’s track prowess and injuries, while Akira learns about how Masami was a passionate and aspiring novelist in his younger years.

While the romance — given the age difference — was never meant to be, seeing someone young and passionate like Akira rekindles Masami’s own forgotten feelings of youthful passion towards literature.

Some viewers might be put off by the premise of the movie, especially given the sensitivity around sexual harassment and the #metoo movement. While the movement hasn’t really come to Japan in the same way as it has in the West, the issue of workplace gender inequality has become a hot topic in recent years.

However, compensated dating is still very much a reality in Japan — a phenomenon in which younger women date older and wealthier men in exchange for expensive gifts like watches and bags. In After the Rain, Masami was seriously concerned that going on a date with Akira would look like compensated dating.

However, After the Rain did a great job of handling Akira and Masami’s relationship in a nuanced, tasteful way. It reminds me of the relationship between Bill Murray and Scarlett Johansson in Lost in Translation: a forbidden relationship looming out in the distance, never to be realized given their age gap and the fact that they’re both married. It was, after all, a friendship with undertones of romance — and that’s special in its own way.

Akira and Masami’s relationship falls in the same vein: it’s a forbidden relationship that can’t be realized given the social stigma attached to the age gap. However, it’s a friendship with undertones of romance that plays a role in helping them realize what their forgotten dreams were, and that they are in fact worth fighting for. 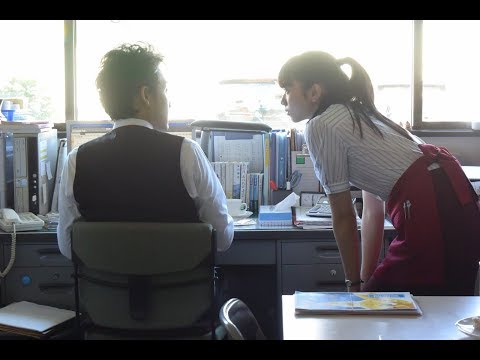 After the Rain (Japanese: 恋は雨上がりのように; Koi wa Ameagari no You ni)—Japan. Dialog in Japanese. Directed by Nagai Akira. First released May 25, 2018. Running time 1hr 52min. Starring Nana Komatsu and Yo Oizumi. Based off of an eponymous manga and anime series.