When you mention that a movie involves main characters from Chongqing, Hong Kong, and Taiwan, many might presume it talks about cross-strait relations or “One China.” However, Heiward Mak artfully balances political undertones in Fagara, trying to focus on the personal experiences of three half-sisters who come together after their shared father dies.

Based on a popular eponymous novel by Hong Kong writer Amy Cheung Siu-han, Fagara explores the nature of “family.” Sammi Cheng stars as Acacia, a travel agent whose estranged father suddenly passes. Her father, known affectionately as Uncle Leung by his friends and colleagues, owned a small Sichuan hot pot restaurant in the trendy Tai Hang neighborhood of Hong Kong. She comes across her father’s cell phone, realizing that he had been exchanging messages with his two other daughters, unbeknownst to Acacia. She messages details of Leung’s funeral to Branch (Megan Lai), who lives in Taiwan, and Cherry (Li Xiaofeng), who lives in Chongqing.

The three half sisters meet at Leung’s funeral, and they couldn’t be any different. Acacia is a straight-edged Hong Kong office worker, but Branch and Cherry have taken much more unconventional paths; Branch is a professional pool player, while Cherry livestreams about fashion and is trying to launch her own fashion label. While Acacia shows up to the funeral in traditional Chinese funeral clothes, Branch shows up dressed in a punk-style all-black outfit, while Cherry shows up with her orange-dyed hair and a fashion-forward black veil.

The three sisters share a meal at their dad’s hot pot restaurant, where their differing personalities couldn’t be more obvious. Still, they quickly realize that each of their experiences with Leung in their life helps paint a more complete picture of their shared father. They trace through the histories of how Leung met their mothers, and how Leung has tried to stay connected with them as they grew up. None of them resent each other; instead they come to realize that they have more in common with each other than they do apart (with a special focus on their mutual fear of cockroaches).

Acacia tells her sisters that Leung’s restaurant still has a year left on its lease, and the trio tries to get the restaurant up and running again in honor of their dad’s legacy. They labor over trying to figure out their dad’s secret hot pot recipe, the origin of which reveals much about his feelings for each of their mothers. At the same time, each sister struggles with their own life in their domestic families—Branch with a disapproving mother who would rather her daughter find a “real job,” and Cherry with a live-in grandmother who keeps trying to set her up on blind dates. Acacia, the most down-to-earth of the bunch, has a difficult relationship with her ex-husband while trying to deal with the memories of her estranged father.

Although director Heiward Mak might not have intended to give Fagara a politically-themes, it’s difficult to make a movie about three sisters from different parts of “One China” without some political undertones. In many ways, each sister is the embodiment of a personality of each part of “One China.”

The free-spirited, independent Cherry embodies the modern Chinese millennial who eschews traditional married life. Fagara hints that Branch is actually lesbian, in a nod to Taiwan’s more liberal society across Greater China and the self-governing island’s recent legalization of same-sex marriage. Finally, Acacia’s life experiences are representative of many aspects of Hong Kong culture, whether it’s the annual Tai Hang fire dragon dance, rising real estate prices, or the simple everyday struggles of trying to find a taxi willing to take you across Victoria Harbour.

While Fagara‘s focus is on the three sisters, their relationship with each other, and their father Leung, is an analogy for Greater China—or at least Beijing’s aspirations for it. Wouldn’t it be nice if the real-world Taiwan, Hong Kong, and mainland China could snuggle up together and watch recordings of Taiwan’s sports tournaments together?

The focus on a Sichuanese hot pot restaurant is also representative of a common cultural aspect of mainland China and Taiwan—the Kuomintang government brought the flavors and spices of Sichuan with them when they retreated to Taiwan, and the same flavors of Sichuan can be found in Taiwan’s signature dish, beef noodle soup. Acacia carries this cultural legacy through to Hong Kong, where she dumps spoonfuls of chili sauce on her food in a city that otherwise eschews spice.

Even though Fagara doesn’t overtly promote “One China,” it ultimately reinforces the message that the components of the Greater Chinese community share a lot of similarities rather than differences. In that way, Fagara actually promotes Chinese soft power better than any jingoistic film backed by Beijing.

Regardless of any political undertones, intentional or not, Fagara is at its heart a touching family drama. While Cherry and Branch’s characters fall flat on development, Acacia grows from resenting her father to wishing she had spent more time with him while he was still alive. Perhaps the story and characters would have received a more in-depth treatment in the form of a multi-part television series instead of a two hour movie, but Mak still delivers more than enough drama to keep the audience engaged and for tears to start flowing. Certainly the message of a family reunion is fitting for a cinematic release during the Mid-Autumn Festival. 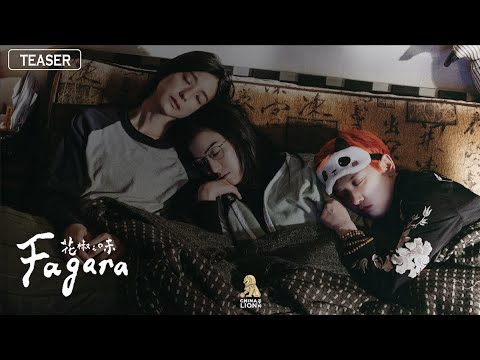 Fagara is currently screening across China and in select US theaters.