The Japanese auteur builds on his signature theme of cartoonishly bloody action movies but eschews sympathetic characters and drama.

When you hear that a movie is called First Love (also known as Hatsukoi), and revolves around “a young boxer and a call girl who fall passionately in love,” you would not be remiss to think that it would be a great date night movie. In this case though, you couldn’t be more wrong⁠—Takashi Miike’s latest film First Love bears more resemblance to gory splatter films than any romantic drama.

First Love is set in the context of a yakuza turf war between an old-school Japanese gang and an up-and-coming Chinese gang. This context is believable and rooted in reality: director Takashi Miike indicated in an interview that as the Yakuza lose power in contemporary Japan, “outlaws from different cultures such as the Chinese are taking advantage [of the situation].”

The Japanese gang is holding Monica (Sakurako Konishi) as a sex slave, forcing her into prostitution to pay off her father’s debts. Yakuza underling Kase (Shota Sometani) conspires to steal drugs from his fellow gangsters, blame it on the Chinese, and hide out in prison while the ensuing battle takes out the yakuza leadership so he can come out on top. He does so with the help of crooked cop Otomo (Nao Omori), who calls on the services of Monica as part of Kase’s ruse.

Kase’s plans go awry when Monica suffers drug withdrawal effects and runs away from Otomo, into the arms of the boxer Leo (Masataka Kubota), who just learned that he has an inoperable brain tumor. Together, the two evade Japanese and Chinese gangsters; both groups think she has the stolen drugs (which are actually with Kase).

Up to this point, audiences unfamiliar with Takashi Miike’s previous work are probably wondering when the romance is going to begin. Perhaps a beheading in the opening minutes was to foreshadow the violence that would follow, but otherwise there was little indication that this film would be more crazy than charming.

There are even hints of romance between Monica and Leo—Monica tells Leo about how her dad used to abuse her, and how one of her classmates would always come to her rescue. Leo reminded her of this classmate, Monica tells him, and Leo ends up taking Monica around the city after noticing she has nowhere to go home to.

Things turn violent pretty quickly once the gangsters catch up to our lovebirds. The action ultimately culminates in a bloody fight scene in a warehouse where the gangsters cut off each others’ limbs and shoot each other with shotguns.

However, the gratuitous violence ends up being more cartoonish than dramatic, and does little to advance the plot. The story itself is pretty simple, and unlike a Chinese movie that also told a love story over the course of a night, First Love lacks any meaningful character development. Director Takashi Miike said he found a balance in the film through the “hopeless outlaws’” death also marking “the beginning of love,” but we fail to see that balance as the film eschews the “beginning of love” for outlaw deaths for the majority of the running time.

Fans of Tarantino’s movies like Kill Bill or Inglorious Basterds may well enjoy the focus on bloody fights over character development or plot, but other moviegoers will end up unsatisfied by the relatively simple story and lack of depth to any of the main characters. 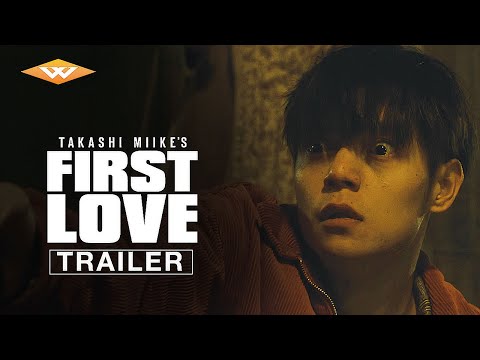