Review: “Tazza: The One Eyed Jack” Mixes the Thrills of High-Stakes Gambling and Heists

The latest installment in the Tazza franchise features entertaining characters & a plot full of unexpected twists and turns.

Following a hit television series and two movies, the Tazza series returns with its third installment, Tazza: The One Eyed Jack. In this latest member of the Tazza franchise, Doh Il-chul (Park Jeong-min) shirks his studies to play poker in an underground casino, finding himself far more talented at placing bets than he is at preparing for the Korean civil service exam.

He comes across a despondent woman named Madonna (Choi Yu-hwa), who is indebted to an unnamed but wealthy man (Yoon Je-moon). After buying her dinner, Il-chul falls for Madonna; he later encounters the man after literally running into his car, and challenges him to a poker game, expecting to win not only money but a date with Madonna. However, Il-chul loses spectacularly and ends up with a $100,000 debt to some loan sharks.

Enter One Eyed Jack (Ryoo Seung-bum), another mysterious gambler who pays off Il-chul’s debt, and recruits him into an elaborate plot to steal millions of dollars from a local businessman called the “Pushover” (Woo Hyeon). We meet the other members of his scheme: seductress Young-mi (Lim Ji-yeon), con-man “Feeler” (Lee Kwang-soo) named for his ability to “feel” every card in a deck, and swindler “Director Kwon” (Kwon Hae-hyo).

At this point Tazza takes on qualities similar to Hollywood hits like the Ocean’s trilogy or Now You See Me. While none of Tazza’s characters have any particular depth, their backstories are sufficiently built out, and watching the dynamic among our protagonists play out is more than entertaining—just don’t expect any deep drama.

As our motley crew meets each other, Feeler instantly falls for Young-mi’s stunning looks, and while initially she rebuffs him, the two have to play the part of a nouveau-riche couple as they try to con the Pushover. Meanwhile, Madonna makes another appearance mid-con, and Il-chul makes a move on her—a move that evolves the dynamic between the two characters significantly. All the while, One Eyed Jack has a connection to Il-chun’s late father, which the movie thoroughly explores.

Beyond character dynamics, Tazza’s plot twists will keep you at the edge of your seat, always wondering what elaborate schemes underlie the events playing out on screen. Like a good poker player should expect, what you see is merely a bluff hiding the true motivations and machinations of each character.

The film leaves some plot elements unresolved at its end—Madonna’s character arc doesn’t get wrapped up, nor do Il-chul’s feelings towards her. We think that this is a great foundation for a sequel, but unfortunately the Tazza series has a tradition of telling completely different stories in each of its films, with different characters.

Regardless of any frustrations towards the film’s ending—between the entertaining characters and rollercoaster plot, Tazza: The One Eyed Jack is more than entertaining as crime thriller that will keep you thinking and engaged throughout. 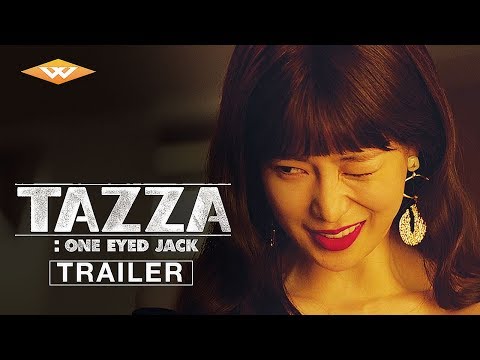