Two cops team up with a mob enforcer and illegal gambling site owner to take down a Japanese drug ring.

In The Bad Guys, the heroes not only have to deal with the murky criminal underworld, but also conflicts among themselves. Woong-cheol and Yoo-sung have negative opinions of each other, the former having been in a gang, while the latter sticking by his identity as a former police officer. Compounding this lack of group cohesion is the fact that neither of them trust Jessica’s cavalier attitude and background in fraud. The film gets to a slow start while establishing the backstories of each character, but the action quickly ramps up when masked criminals attack a prison bus convoy.

After beating up and interrogating a few bad guys, our group of heroes realizes that a Japanese yakuza gang is actually behind the attacks. This gang manufactures methamphetamines and traffics human organs, while using Korean nationals to experiment with new drugs. The protagonists call out the obvious connection with the Japanese colonial era of Korea, during which Japan’s infamous Unit 731 experimented on Korean civilians.

Amid the backdrop of escalating tensions between Korea and Japan, The Bad Guys takes a uniquely nationalistic stance. Beyond opening up wounds from the past century, The Bad Guys portrays the Japanese gang as modern-era colonizers⁠—kicking out local Korean gangs in favor of Japanese-run ones. Even the heroes of the story are not your typical national heroes⁠—The Bad Guys reminds us that even convicted criminals have a path to redemption by fighting against the Japanese.

Apart from the backdrop of nationalism however, The Bad Guys offers little innovation in the way of plot. Character development occurs only in the context of turning a mob enforcer and fraudster into reformed national heroes who fight for Korea instead of their own self-interest, which is a disappointment given Kim Ah-joong and Ma Dong-seok’s acting abilities seen in their previous work (200 Pounds Beauty or The Gangster, The Cop, The Devil are great examples).

Yet, The Bad Guys remains light-hearted and fun. Despite a few scenes where Woong-cheol punches and kicks his way through throngs of bad guys, there’s nothing exceptionally violent in the film. The film’s exaggerated villains are more amusing than they are dark, and Jessica’s performance as a often-clumsy femme fatale entertains more than it seduces. With The Bad Guys slated to open on a major long weekend in Korea, it should perform well at the box office as a fun film for audiences looking for a respite from more serious dramas, or to get riled up with anti-Japanese sentiment. 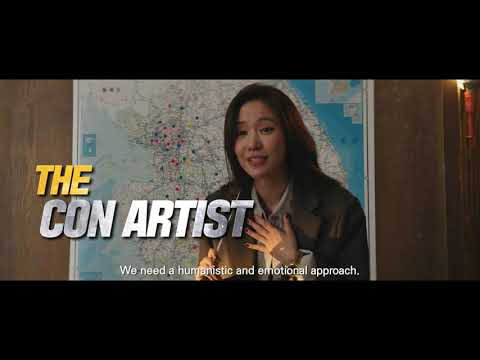