Japan loves cats. The archipelago nation hosts countless cat cafes, and also makes many cat-related films. Somewhat surprisingly then, it took until late 2018 for Japan to come out with Neko Cafe—a cat-themed movie centered around a cat cafe. While Neko Cafe tries offering a wholesome respite from life’s worries, it’s not particularly novel, poignant, or memorable.

Neko Cafe consists of four vignettes in which Sakura, the proprietress of an Akihabara cat cafe, helps a variety of individuals through their life problems. There’s a demotivated pop idol, a woman caring for her Alzheimer’s afflicted mother, and a recently divorced man who’s scared of cats. In the last story, Sakura confronts a tragedy from her own past. Despite the weight of these challenges, soft visuals and ambling pacing maintain a mellow tone. Each vignette also has a corresponding cat that helps the relevant character think about their personal problems in a healthier way.

This storytelling structure isn’t novel. Neko Cafe feels like it strung together four episodes of the popular slice-of-life TV show Midnight Diner—swapping dishes and a diner for cats and a cat cafe.

Those familiar with Japanese cat-themed movies will find more precedents. The 2015 film Rent-a-Cat also combines a series of episodes in which a female lead uses cats to help others grapple with life’s problems; the only difference is those cats are rentals, and not cafe residents.

While there’s no shame in following established models, Neko Cafe doesn’t measure up to its slice-of-life competition. Like in Midnight Diner, Neko Cafe acknowledges life’s darkness, but then shines a warm light to make that darkness go away.

However, Neko Cafe shines its light too quickly. Its characters undergo positive, feline-assisted transformations without much struggle. For instance, the man who’s afraid of cats gets over his fear after a single kitty play session that Sakura mediates. The film doesn’t give audiences much reason to root for any of the characters either. Each character enjoys a cursory introduction, talks with Sakura, briefly plays with a cat, and somehow gets better. This deprives Neko Cafe of lasting emotional weight.

Furthermore, the cats in Neko Cafe aren’t particularly memorable either. Sakura mostly describes their behaviors and characteristics while they meander about, and somehow that’s enough to change people’s lives. While convincing cats to take a more active role in human movies isn’t easy, Neko Cafe should’ve given its cats a more prominent role instead of treating them as objects. One precedent it could’ve followed is the documentary Kedi, which leverages the unique personalities of several Istanbul street cats to treat them as characters in their own rights.

As a cat lover, I’m glad Neko Cafe exists because it shows the “Japanese movies about cats” sub-genre still exists for anyone who simply wants to see cats on the silver screen. At the same time, Neko Cafe makes me increasingly wary about the sub-genre. While film executives might think that the popularity of internet cat videos means they can take liberties with feature-length cat movies, this also means audiences looking for feline fare can simply stay on YouTube and avoid theaters. While I’d love to see more cat-focused feature films, they need to meet a higher bar than Neko Cafe. 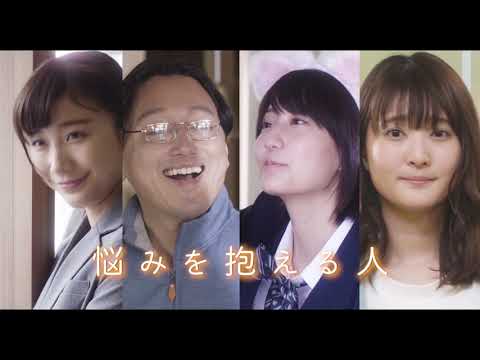