Review: “Itaewon Class” Is a Story About Second Chances and Reaching For Your Dreams

Park Seo-joon and Kim Da-mi shine as part of an ensemble cast in a touching yet fun Korean drama. 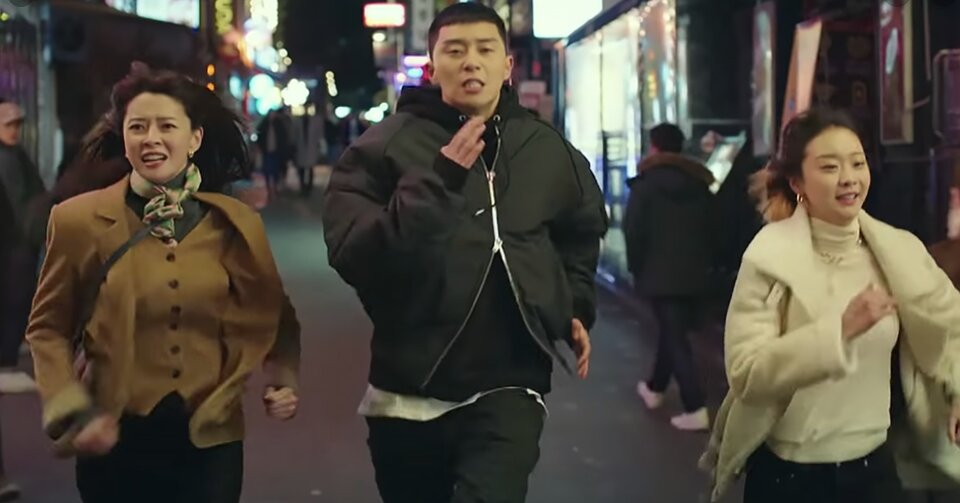 Park Seo-joon stars in a new Korean drama, Itaewon Class, based on an eponymous webtoon. For those looking for a light-hearted Korean drama that’s not too heavy on the romance side, look no further. Itaewon Class combines snazzy visuals, a fun ensemble cast, and a storyline that you might need tissues for—either from laughter or sadness.

Not Your Typical Revenge Plot

Itaewon Class follows Park Sae-ro-yi (Park Seo-joon), a kind-hearted boy who dreams of becoming a police officer. His teachers describe Park as socially inept because he doesn’t interact much with other people, much less have friends.

This worries his father (Park Sung-yeol), an employee at a large food corporation called Jangga. Park’s kind-hearted nature turns on him as he saves a classmate from being bullied by Jang Geun Won (Ahn Bo-hyun). Little does he know, Jang’s father is the CEO of Jangga. Park’s school expels him, and Jangga fires his father. Adding to Park’s miseries, an accident happens, leaving Park an orphan. He receives prison time for assaulting Jang, killing his dream of becoming a police officer. Park swears revenge on Jangga — by continuing his father’s dreams of starting a business.

It’s not new to see revenge to play a role in the plot of Korean dramas. For some Korean drama characters, revenge is the driving force and raison d’etre. 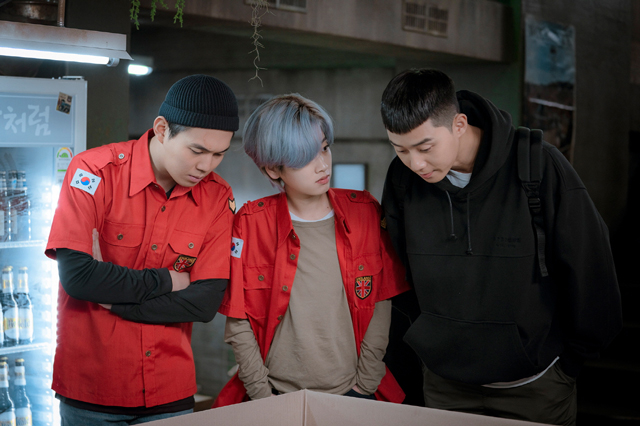 A Second Chance at Life for Outcasts

It’s easy to say that Itaewon Class is a revenge story, but it’s not. Instead, it’s a story about second chances.

Despite not being able to become a policeman, Park continues to live by principles that his father instilled in him.  After leaving prison, Park starts a pub called DanBam.

The DanBam crew are all, by nature, social outcasts like Park. Cho Yi-seo (Kim Da-mi), an influencer and social blogger is described as a sociopath by her classmates; Jang Geun-soo (Kim Dong-hee), an illegitimate son of Jangga’s CEO; Choi Seung-kwon (Ryoo Kyung-soo), a fellow ex-convict; the transgendered Ma Hyun-yi (Lee Joo-young); Tony Kim (Chris Lyon), an African-Korean “foreigner”; and Oh Soo-a (Kwon Nara), an orphan. DanBam is home to all these characters who are cast aside by society, whether it’s because of social status, appearance, or sexuality.

Ex-convicts face a lot of discrimination in South Korea, and often find it hard to look for a job after getting out of prison. In South Korea, there is a law that bans ex-convicts from taking jobs in the delivery industry. There are plenty of stories about ex-convicts who would rather stay in prison.

South Korea also rarely discusses LGBTQ issues, and conservative lawmakers have already blocked the passage of nondiscrimination laws that would protect LGBTQ individuals. Transgender people and sexual minorities are still treated as if they’re invisible. Meanwhile, biracial people like Tony Kim are labeled as “foreigners” in the country despite being part Korean— that actually happened in the drama as well.

Like Park’s story, Itaewon Class follows these characters as they receive a second chance at life, whether it’s small or big. It tells us that we can always start over, somewhere, and most importantly, with someone. 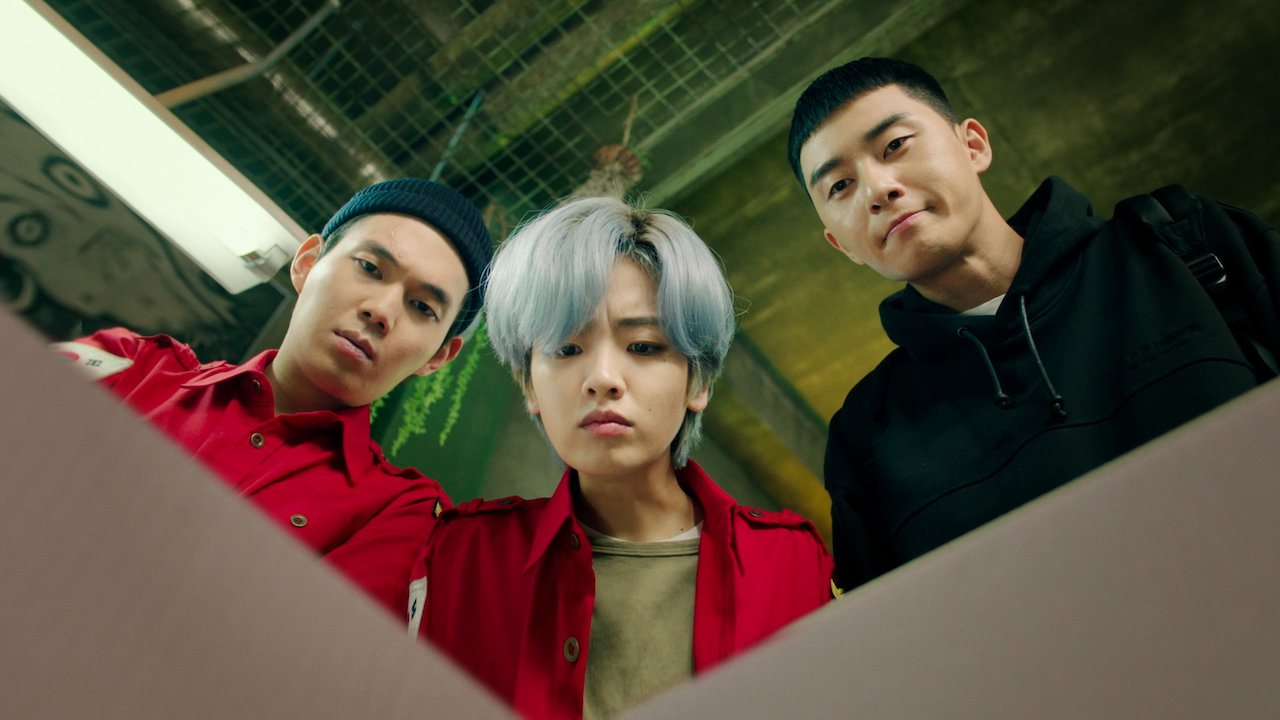 Small Steps Toward Your Dreams

Itaewon Class also tells us that there’s no easy way to achieve our dreams. We have to take small steps.

It might be bold of Park to think that his small-time pub can go against the largest food corporation in the country, but it also goes to show us how determined he is to follow his dreams. Despite his dark and sad past, Park doesn’t wallow in pity at being an orphan or an ex-convict; instead, he looks forward to the future, and most importantly, doesn’t lose sight of the lessons his father taught him.

Fans of Park Seo-joon will definitely enjoy Itaewon Class as it further reinforces his versatility as an actor. We’ve seen him become the second lead in Kill Me, Heal Me, a swoon-worthy lead actor in other romantic comedies such as Fight For My Way and What’s Wrong With Secretary Kim or in more serious roles such as such in the movie, Divine Fury.

Netizens raised some eyebrows at the fact that in the flashbacks, Park played his younger self despite a 9 year time difference. With even the same buzz cut, this casting choice didn’t seem that believable. But had someone else played the younger Park, the same emotions of grief, anger, and hope would not have been portrayed as effectively as when Park did it himself.

Newcomer Kim Da-mi, who gave an impressive performance as the main female lead in The Witch: Part 1. The Subversion, will also delight Korean drama viewers with her no-fuss-given attitude. Despite her debut small-screen role, she rises up to the challenge alongside her fellow actors.

However, the biggest treat for audiences is the chemistry between all the members of the DanBam crew. Anyone looking for a good friendship drama will surely find this appealing.

Itaewon Class is unfortunately not immune to typical Korean drama tropes, but it more than makes up for that. Excellent visuals filled with vibrant colors bring Itaewon’s nightlife to life. Sprinkle in a good soundtrack and you have a Korean drama worth your time. Coming from JTBC, known for its Korean dramas spiced with social commentaries, be sure to expect no less  from Itaewon Class. 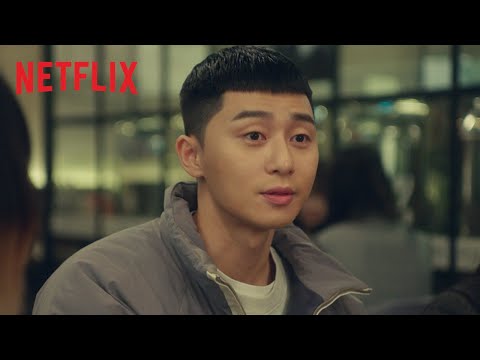 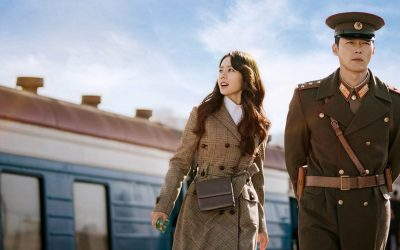 Review: K-Drama “Crash Landing On You” Appeals To Both Romantics and Political Junkies 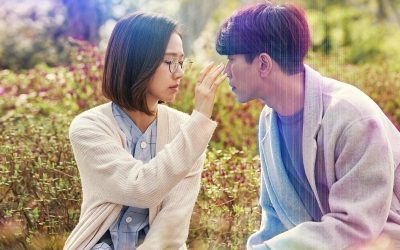 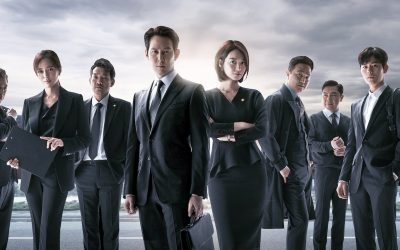