Review: Jamaica’s “Rockers” Is A Celebration of Black Music, Culture, and Camaraderie

"Rockers" refuses to indulge in common stereotypes about Jamaica, and offers a celebration of reggae that peers into the island nation's soul.

Released in 1978, when reggae had just secured its place as a lucrative and respected genre on the global music scene, Rockers is one of cinema’s most authentic and uplifting of explorations of black culture.

The film starts with a band of Rastafarian percussionists and a guitarist in a makeshift structure, all playing off-beat from each other while passing around a smoking “chalice” in a single static shot. Soon, the different sounds coalesce into a perfectly coordinated tune with accompanying vocals. At this point, an older, bare-chested Rastafarian steps out of the shack and sits directly in front of the camera. He breaks the fourth wall to say:

“Greetings and love, to one and all in I-presence of I-preme coverage of I heights. It is known that the co-operation of all colors of people voice the decision of I-heights, free everyone – liberate everywhere fully. Now everyone just co-operate with the love of I heights to survive knowing that in this world war is explosive. The ways of the One solve the problem in the heights of I coverage in full so it’s I-Rey. Loveful heights.”

Speaking in Jamaican Patois, he wishes the audience a pleasant viewing experience, welcoming them into a country often characterized as a poor and dangerous place to live—when it is not being eroticized for  blue sandy beaches. This segment holds great importance because it begins Rockers by highlighting two key aspects of Jamaican life: love and cooperation.

Theodoros Bafaloukos, a Greek-American graphics artist who later worked as an editor and production designer on the likes of Diner, The Natural and The Thin Blue Line, initially intended to make a documentary on the reggae music scene. Arrested upon his first visit after he was accused of being a CIA agent, Bafaloukos went on to spend two years basking in Jamaica’s bohemian lifestyle. During this time, he made a number of friends in the local music business. Bafaloukos decided to shift gears, deciding to  instead make a fictional film that blended documentary elements and would feature his acquaintances playing themselves.

Bafaloukos claimed to have not approached Bob Marley, afraid it would turn the project into a “Bob Marley movie,” with Marley’s celebrity overshadowing his lesser-known friends of equal talent. Rockers also consciously omits picturesque sandy beaches, which mainstream films commonly use to depict the Caribbean. Instead, the film focuses on communal life in the ghettos of Kingston. The result is something that’s intentionally authentic and sought to challenge misconceptions about Jamaica.

Rockers follows Horsemouth as a struggling artist on the blossoming reggae scene. Horsemouth convinces his wife to lend him money, so that he can buy a motorcycle and work in the burgeoning record distribution business. This decision upsets her, as it encourages his unreliability and absenteeism. Horsemouth’s real wife plays herself in the movie—which gives their onscreen relationship a high degree of authenticity. Her reservations bear out when Horsemouth’s shiny new red motorcycle gets stolen after a delivery run—drawing parallels with the 1948 Italian neorealist film Bicycle Thieves.

Horsemouth later discovers that the abrasive manager of a luxury hotel, where his reggae band plays to predominantly Caucasian patrons, runs a small-time crime ring that deals in motorcycles and household appliances. Horsemouth and his friends decide to become real-life Robin Hoods, stealing from the crime ring and giving back to disenfranchised and impoverished. However, Rockers is far more than just a Robin Hood story—Horsemouth and company’s actions reflect the heart and soul of the Jamaica’s “love and cooperation” state of mind.

While most contemporary films usually portray Jamaica as a homogenized nation of dreadlocked Creole-speaking people, Rockers sets out to challenge that image. In one memorable scene, Horsemouth flirts with the young Jamaican daughter of the owner of the hotel where his band plays. She is as fascinated by his lingo and dreadlocks, as he is by her straightened hair and “cultured” way of speaking—a result of her Euro-centric upbringing. In another scene, Horsemouth and a friend end up in bar where everyone is dressed like they’re in a 70’s Motown music video, dancing to 70’s Disco music. Horsemouth and his pal stick out like a sore thumb in this setting. They storm the deejay booth and play reggae music, much to the chagrin of the bell-bottom wearing club patrons.

With scenes like this, Rockers makes a conscious effort to highlight that reggae—whilst arguably Jamaica’s biggest export at the time—was far from its dominant culture. More than forty years later, this makes for great juxtaposition with how reggae and Rastafarian culture have become a key part of global pop culture.

Rockers‘ use of Jamaican Patois also sheds light on Jamaica’s unique culture and history. As is common in Jamaican Patois, the characters never use pronouns like “you,” “him,” “her,” or “them.” Instead, they use “I” to refer to single individuals and “I and I” when talking about a group of people. This not only reflects a spirit of “love and cooperation,” but also legacies from the African slave trade.

This highlights another prominent theme in Rockers: the deep spiritual connection between reggae music and the African motherland, especially in the struggle against oppressive establishments. Be it the insignia of the Lion of Judah painted on Horsemouth’s motorbike, or a young Burning Spear—before he had attained his iconic status—singing the anti-establishment anthem “Jah no dead” to a dejected Horsemouth as his lowest ebb, the cast of Rockers never lost touch with their African roots.

Many reggae songs became anthems in struggles for independence across the African continent, especially later on when there remained a handful of countries under oppressive, racist rule. Bob Marley famously travelled back and forth to Zimbabwe, out of his own pocket, to perform at their independence celebrations in 1980. Two years previously, he had released the song “Zimbabwe,” decrying the racist rule of Ian Smith in what was then known as Rhodesia.

If you asked an African millennial about the music that defined their childhoods, they would probably point you towards the anti-Apartheid reggae stylings of South African artist Lucky Dube. The role that reggae played in liberating Africans creatively, socially, and politically on both sides of the Atlantic cannot be understated.

Rockers screened at the 1979 Cannes Film Festival on the same night as Apocalypse Now. However, it was Rockers that caused a stampede, with audiences desperate to attend the screening. In retrospect, it seems remarkable that so many people preferred Rockers that day over Francis Ford Coppola’s magnum opus. While many critics now regard Apocalypse Now as one of the greatest films ever made, Rockers somehow remains relatively obscure.

Although Perry Henzell’s 1972 crime-drama The Harder They Come (starring legendary reggae artist Jimmy Cliff) and its soundtrack are more widely credited with exposing the wider world to reggae, Rockers does one better and helps us peer into the souls of those behind the music. The film not only talks about music, but also dives deep into Jamaican and African culture. Furthermore, many of its cast members went on to enjoy stellar music careers and produce timeless hits. Even as the years pass, the magic that Theodoros Bafaloukos captured in Rockers never grows old. 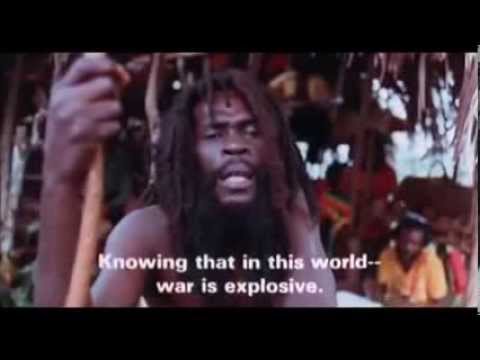 Rockers is available for streaming on Amazon.