Review: “The World of the Married” Is an Intense, Controversial Drama About Extramarital Affairs

Through affairs and divorce, smash-hit K-drama “The World of the Married” explores why marriage isn’t all sunshine and butterflies.

The World of the Married, based on the British series Doctor Foster, follows married couple Ji Sun-woo (Kim Hee-ae) and Lee Tae-oh (Park Hae-joon). At first, they seem just like any other married couple: happy, satisfied, and filled with love. However, Sun-woo soon discovers that her husband is not the loving and faithful person she married. As Tae-oh’s affair comes to light, Sun-woo finds herself choosing between saving her marriage or ending up as a divorcée.

A Look at Extramarital Affairs

On the surface, Sun-woo is a perfect wife to Tae-oh: she not only balances her responsibilities as a housewife and the associate director of a hospital, but she also financially supports his failed film production company and is a loving spouse.

Even with such a seemingly perfect wife, Tae-oh still finds a reason to cheat—he feels more alive and masculine with his younger mistress. In part, this is due to Tae-oh’s own insecurity towards his more successful wife; he’s reminded constantly in his marriage that he’s just a struggling director relying on his wife for support.

Like many other Korean dramas, The World of the Married doesn’t paint its characters as purely good or bad, and reserves judgment on who is at fault for the marriage’s struggles. Instead, the drama highlights the flaws and failures of both Sun-woo and Tae-oh, leaving viewers to make their own conclusions. The World of the Married highlights how Tae-oh is needy and insecure, whereas Sun-woo is a workaholic and an overbearing parent.

The drama goes to great lengths to show how complicated marriage can be. Upon learning of Tae-oh’s infidelity, some Western audiences would expect Sun-woo to immediately get a divorce.

However, she only dabbles on the idea. Her actions highlight that marriage is complex, and divorce is not always the best option for women—or for those that women care about.

Sun-woo has to think about the implications of a divorce for her teenage son Joon-hyung. Joon-hyung is psychologically affected by his parents’ conflict and having to “pick sides”; this results in him lashing out through petty actions like running away from home and even shoplifting. Sun-woo also worries about the stigma that society places upon divorcées, as well as the resultant stigma that Joon-hyung might face. Ultimately, The World of the Married highlights that marital troubles affect not only the married, but also those caught in the middle.

South Korea is still a socially conservative country; divorce is not an openly discussed subject. However, Koreans are slowly starting to accept divorce, in part due to high-profile celebrities like the Song-Song couple (Song Hye-kyo and Song Joon-ki) whose reel-to-real romance ended up in a divorce. Today, South Korea has one of the highest divorce rates in East Asia.

Many women are also in “twilight” marriages or loveless marriages, something that a different couple in World of the Married is going through. These couples sometimes choose to get a divorce when their children are older, so they are able to financially be independent after the divorce.

An extramarital affair was in fact a criminal act before 2015 in South Korea. But illegality rarely deters infidelity, as adultery is still technically illegal in countries such as the Philippines or even parts of the United States. Unsurprisingly, a study by Lina Korea shows that over half of married Korean men have had extramarital affairs at least once in their lives. A prominent real-life case of an extramarital affair was renowned director Hong Sang-soo’s affair with actress Kim Min-hee, who previously starred in his films.

Other than its take on extramarital marriage and divorce, The World of the Married also looks at revenge. The psychological war between Sun-woo and Tae-oh is satisfying, but it’s more exciting to see how Sun-woo will enact revenge towards her husband. The drama is far from a clichéd love story, and instead clearly falls into the genre of revenge thrillers—with an appropriately intense soundtrack. It’s a drama that doesn’t beat around the bush with plot pacing either, as it reveals the affair in the first episode.

Another aspect worth praising is Kim Hee-ae’s performance as the formidable Sun-woo. This is not her first time starring in a controversial drama; she previously starred in A Secret Love Affair where her character had an affair with a man 20 years her junior, and in My Husband’s Woman where she played a mistress.

With so many clichéd Korean romance dramas, The World of the Married is a breath of fresh air. The highly rated drama is bold in its attempts to tackle a controversial subject, and doesn’t shy away from portraying the topic realistically. Sun-woo is also a rare representation of a strong female lead in the world of Korean dramas (who often reduce female leads to swooning lovers). 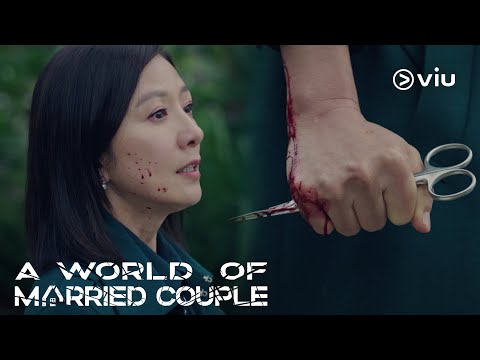