Review: What “A Silent Voice” Can Tell Us About Ableism and Tolerance in Japan

A Silent Voice is one of famed studio Kyoto Animation’s most critically-acclaimed films. Featuring beautiful scenery, an enticing plot, and emotional character arcs, it features the heart-wrenching journey of a protagonist named Shoya, who goes from elementary school bully to ostracised high school loner. Along this journey, Shoya comes to terms with his troubling past as he seeks to redeem himself in the present. The film has a twist: the female lead Shoko is hearing-impaired. Shoko’s deafness makes her a victim of bullying, which demonstrates the ableist nature of Japan and how difference threatens the country’s perceived homogeneity.

A Silent Voice starts off on a startling note–Shoya is about to commit suicide. The audience understands how he came to this scenario through a series of flashbacks, as Shoya recalls his elementary school days.

The flashbacks begin when a new transfer student named Shoko arrives in Shoya’s class; Shoko informs her classmates that she is deaf. . Her effort to integrate into her new environment annoys Shoya and his friends, who end up bullying her. Shoya realises that he becomes more popular among his classmates when he mocks Shoko, and he thrives off of this increased popularity. Eventually, Shoko transfers to another school, and Shoya’s classmates turn on him for causing Shoko’s departure. The acts that once made him popular among his classmates now make him ostracised among his peers, and he falls into a state of depression.

Years later, as a remorseful high schooler, Shoya seeks Shoko out to make amends with her. He finds her at a sign language center and attempts to communicate with her using sign language, which is refreshing to see in an animated film.

The pair try to become closer, but communication between them is still difficult, and the reentry of old friends from elementary school in their lives complicates their friendship. These friends reveal that Shoko had threatened their own friendships with Shoya, causing Shoko to blame herself for Shoya’s misfortunes.  Shoya’s character arc is truly heart-warming to watch. Throughout the film, he goes through a tough journey of self-resentment and redemption as he confronts his past.

A Silent Voice is unique because it takes the perspective of the bully instead of the bullied, and even makes the audience empathize with Shoya’s past. This allows the audience to understand the psychological effects of school bullying, and how detrimental it can be on the bully and the bullied. Even though Shoya treated Shoko terribly, viewers cannot help but root for him as he tries to set things right. This unique portrayal allows A Silent Voice to empathetically and effectively highlight stark realities around bullying in contemporary Japan.

School bullying is often worse in Japan compared to other societies. This is partially due to its homogenous society, which calls out anyone who is different from the norm. In this society, schools emphasize social conformity to a fault.

In A Silent Voice, Shoko’s deafness makes her “different from the norm”. Her inability to fit in and communicate with her peers irritates her classmates and sparks severe bullying, to the point where she and Shoya get involved in a physical altercation.

A Silent Voice displays another unfortunate reality: that Japanese teachers also often turn a blind eye to bullying. In the movie, Shoko’s teacher merely calls out Shoya as her bully, but does not actually protect Shoko from getting bullied.

Beyond school bullying, Japan is generally not the most inclusive place for people with disabilities; the country historically labelled disabled individuals as social outcasts. For example, in the 20th century, Japan’s government sterilized people with disabilities to prevent the birth of “inferior descendants.” In more recent times, Japan’s government has attempted to give the disabled more rights, for example by raising employment quotas and entitling them to more benefits—but only to limited success.

Shoko’s bullying in A Silent Voice serves as a poignant reminder that life remains hard for any Japanese with disabilities. It also shows just how far-reaching the trauma resulting from a lack of inclusivity for disabilited individuals can get. For the movie’s protagonists, the effects of bullying persist well beyond youth. Even though Shoya tries to communicate with Shoko, the long-lasting effects of their shared trauma have left permanent wounds that are difficult to close.

By touching on a range of controversial issues like ableism, bullying, and suicide, A Silent Voice brings to the fore important social issues plaguing Japanese society and youth. As the two conquer their own personal demons, Shoko and Shoya’s individual character development and mutual relationship development is truly inspiring to watch. 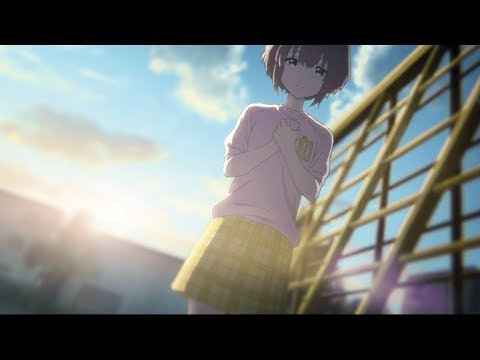 A Silent Voice is available to stream on Netflix and on Youtube.